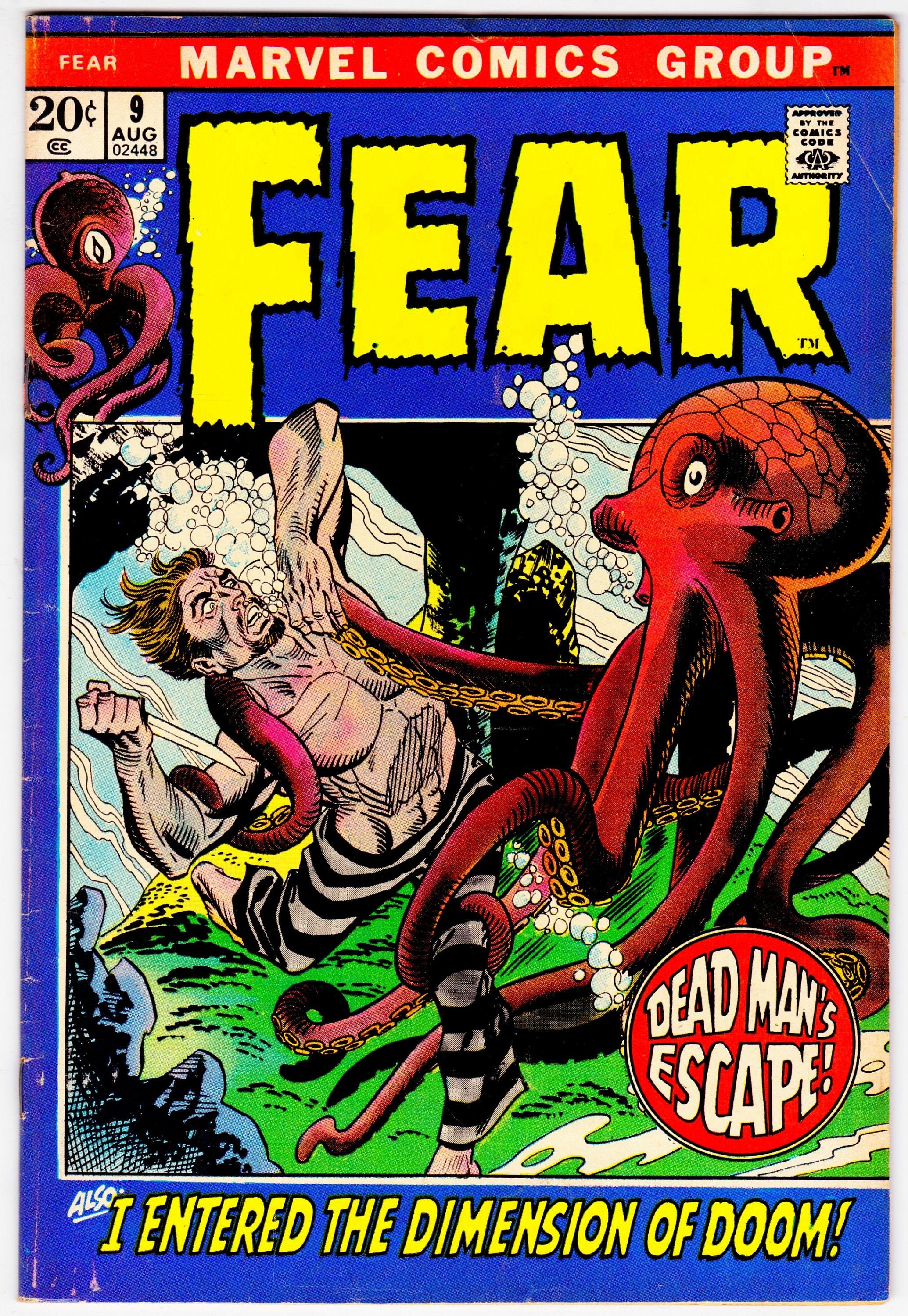 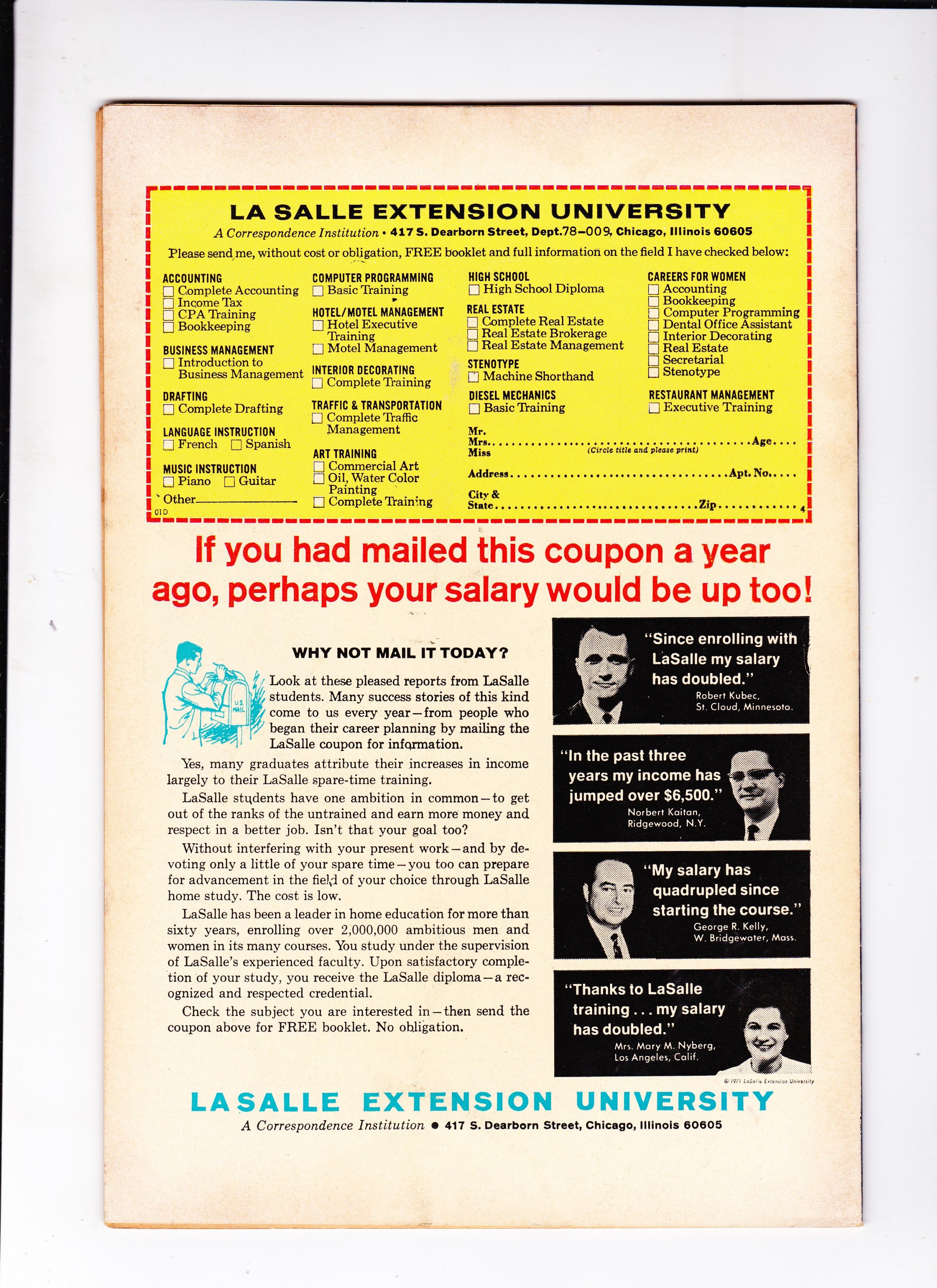 "I Entered the Dimension of Doom!":
A teenager uncovers a plot of two-dimensional beings to invade Earth by posing as a construction crew to dig a hole in the street that acts as a passageway between dimensions and thwarts their designs. "The Greatest Magician of All," script by Mimi Gold, art by Bill Everett; An old theater watchman tells the story of The Great Marko, a magician who searched for the greatest magic trick of all only to have it stolen by his rival. "Dead Man's Escape!", art by Joe Maneely; A convict from an island prison tries to escape by being dumped in the bay inside of a corpse bag; Instead of dumping him in the bay, a large well has been dug which they are now using to dispose of bodies, inhabited by a large octopus.

1st Printing.
This comic is in used condition with all pages and cover attached with has flaws that warrant a grade of VG/F.
Comic will come bagged and boarded.