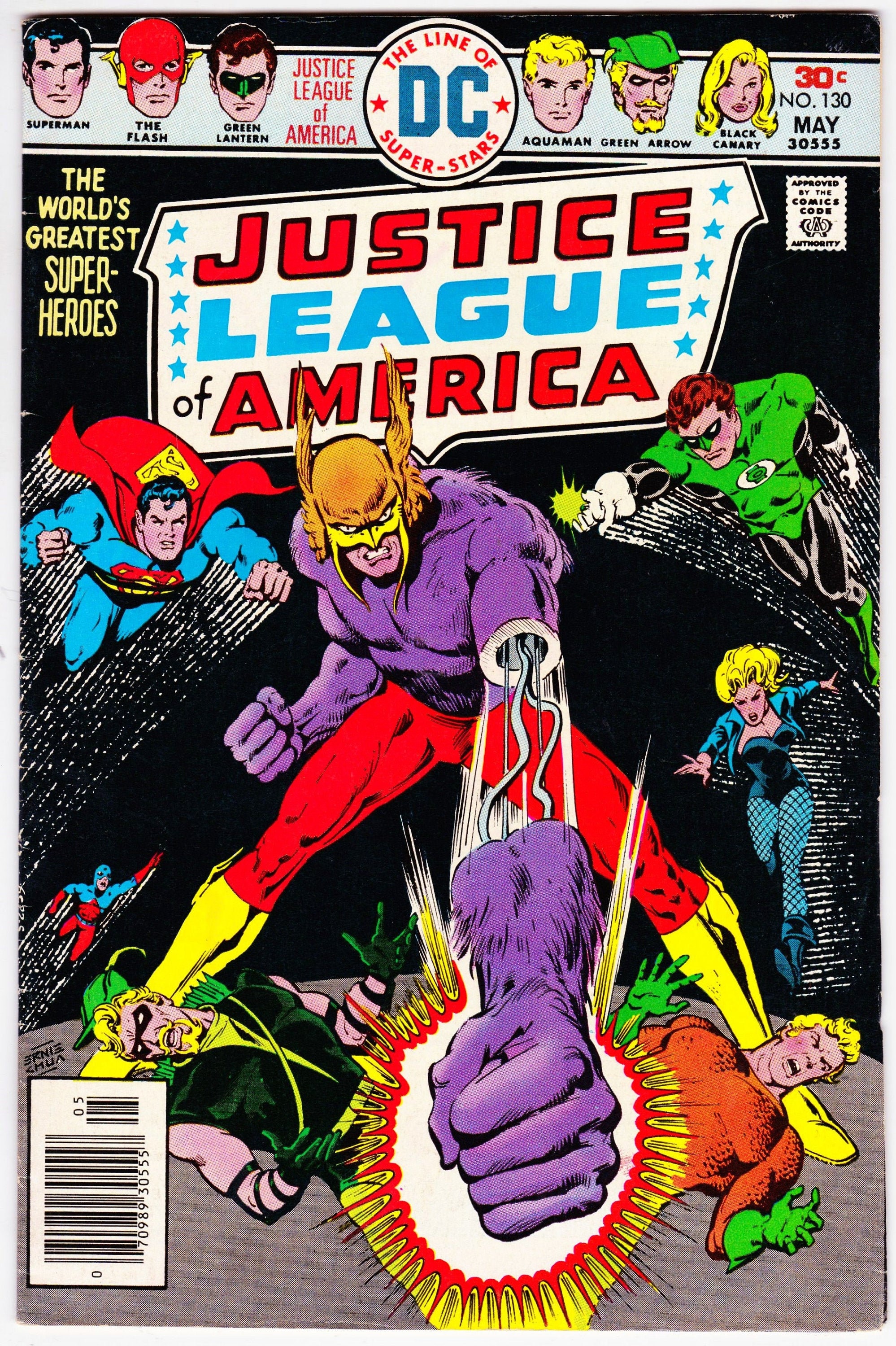 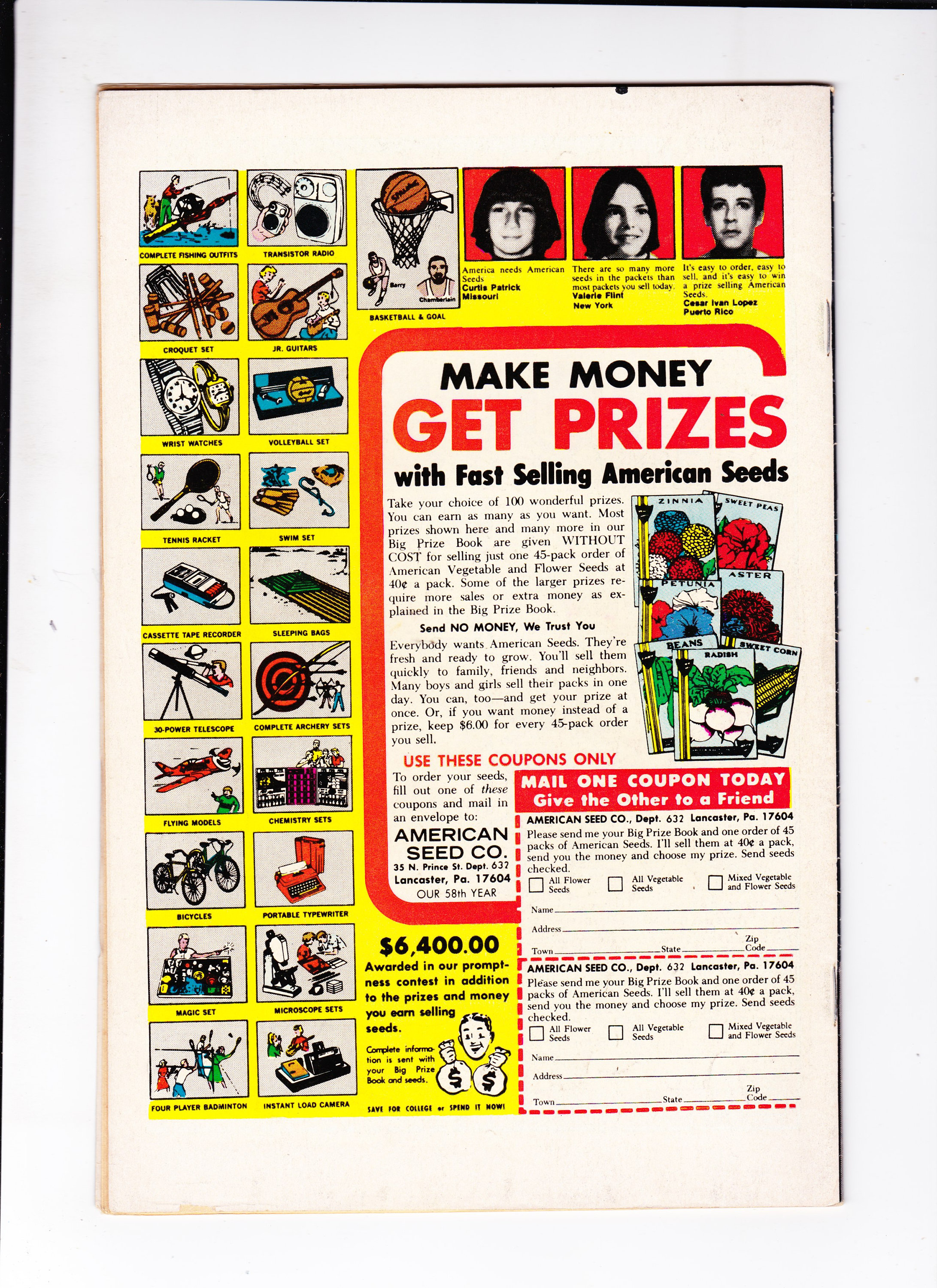 "Skyjack at 22,300 Miles!":
The Dharlu, an alien life-form that had dwelt dormant in a moon rock until unwittingly released by S.T.A.R. scientists, is accidentally teleported up to the satellite at the same time as Flash and Hawkman, resulting in a scrambling, producing antagonistic creatures who are part Flash, part Hawkman, and part Dharlu, which attack the other members. Thanks to Aquaman sensing the creatures' thoughts during the battle, the heroes are able to divine their purpose, to convert the satellite into a starcraft and return to their home world.

1st printing.
This comic book is in used condition. Comic is complete with cover and all pages attached. This comic has some flaws that warrant a grade of VF.
Comic Book will be shipped bagged and boarded!