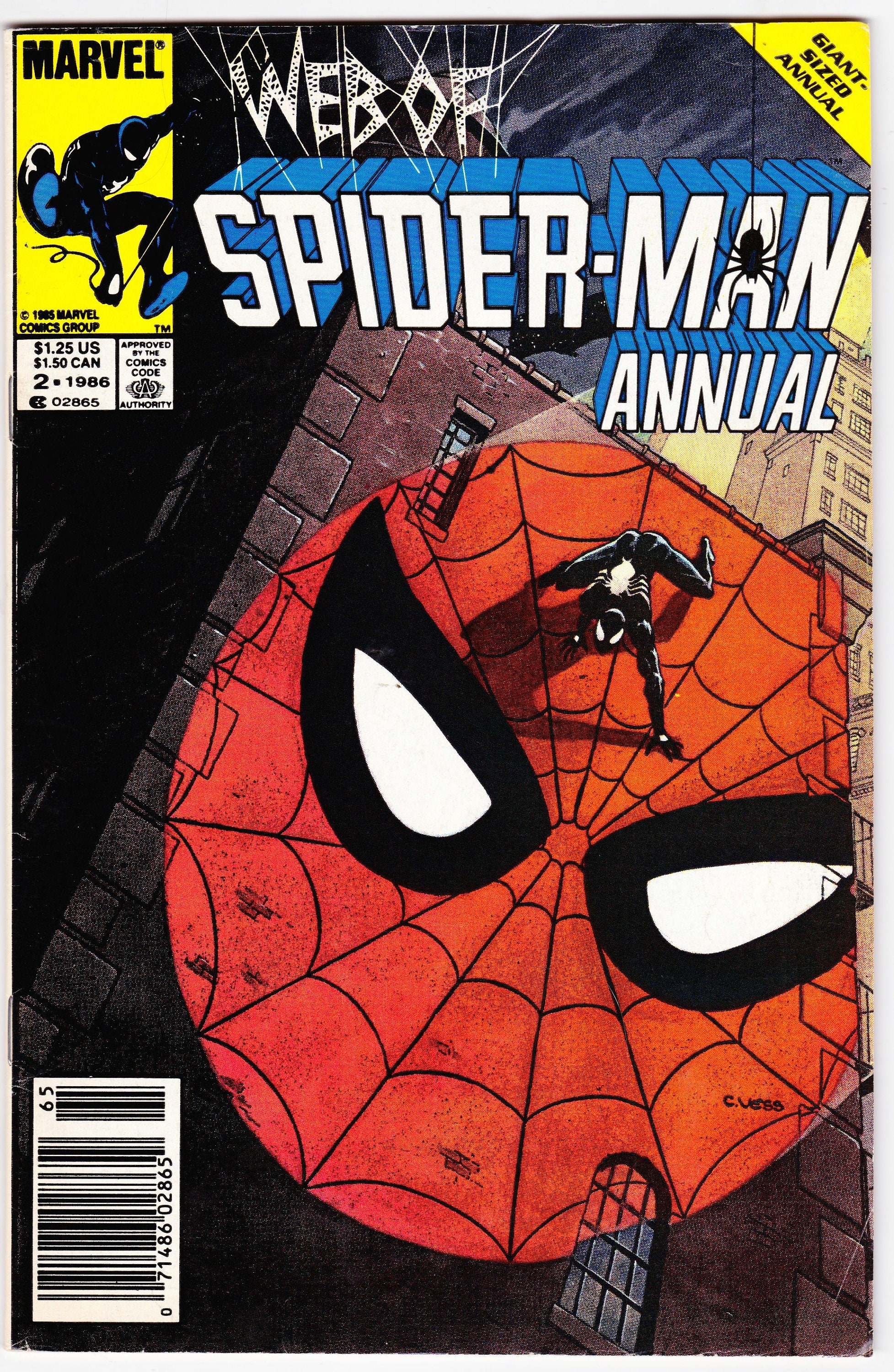 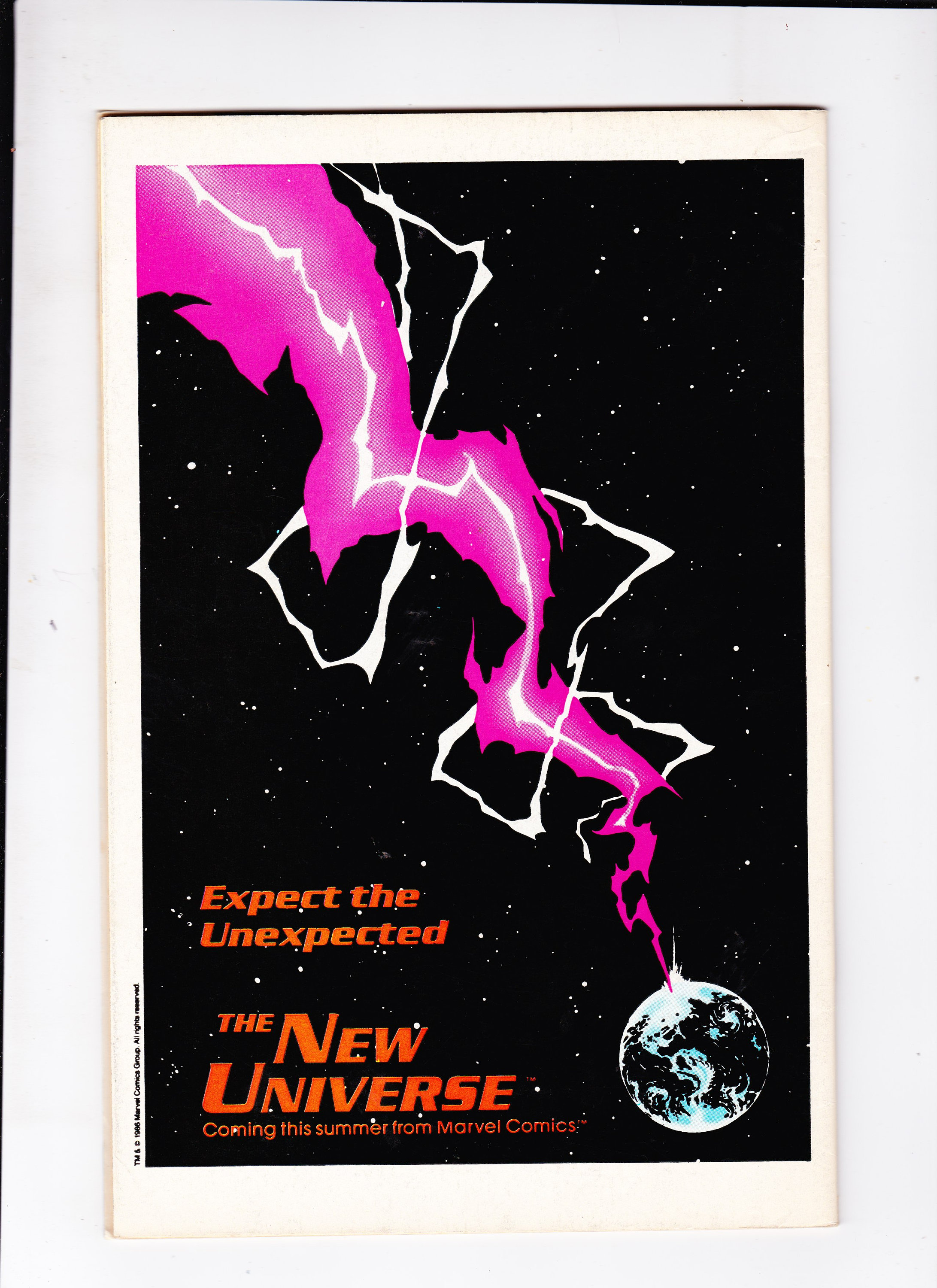 "Wake Me Up I Gotta Be Dreaming":
Guest-starring Warlock
Cameo appearance by the New Mutants Cannonball, Cypher, Magik, Magma, Moonstar, Wolfsbane
Warlock, the cybernetic alien member of the New Mutants, decides to visit New York City in search of fun and adventure. However, Warlock runs into misguided scientists that like to perform experiments on living animals and organisms. When the scientists' experimentation on Warlock goes awry, the cybernetic alien goes berserk; and it's up to Spider-Man to stop him! Back up story: "You're Lying, Peter Parker!" Story by Ann Nocenti. Art by Mike Mignola and Geof Isherwood. Peter has a nightmare that features Aunt May, the Kingpin, the Hobgoblin, and other friends and foes.

1st printing.
Comic Book will be shipped bagged and boarded.
This comic book is in used condition and is complete with cover and all pages attached it has flaws that warrant a Fine+ grade.