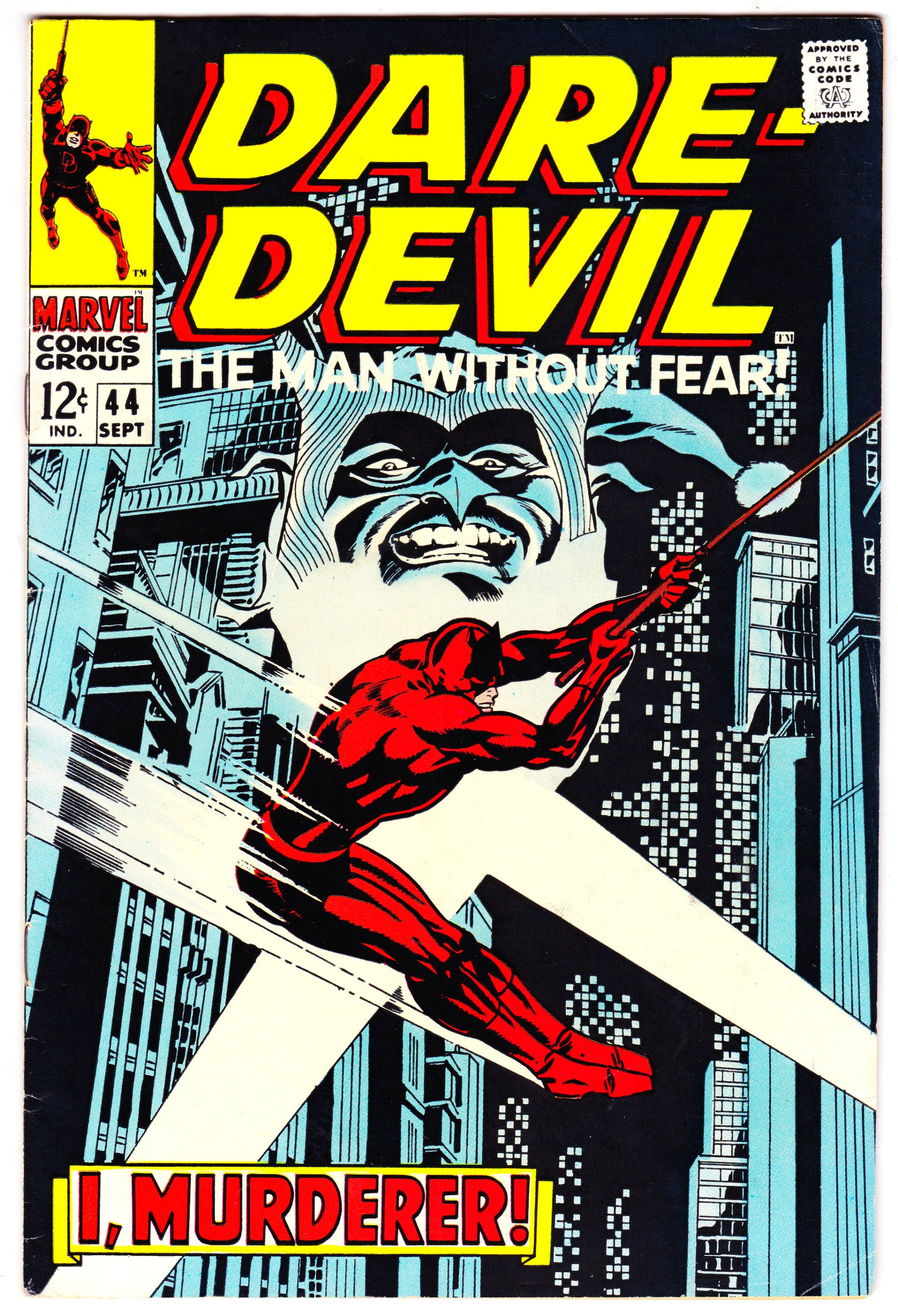 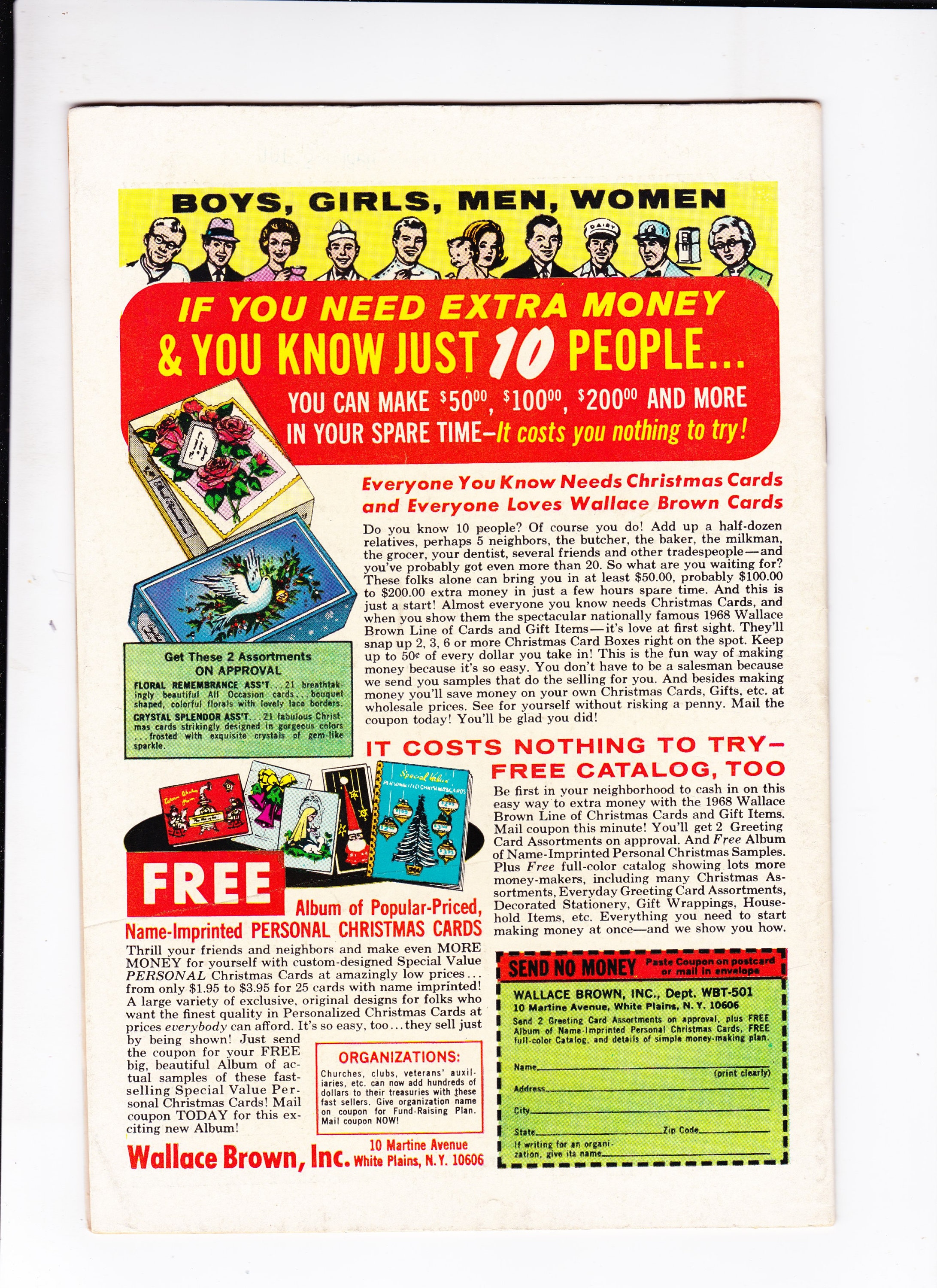 "I, Murderer!":
After a robbery, the Jester begins to be concerned over the likelihood of his enemies learning his true identity, and he comes up with an idea to get rid of Daredevil once and for all. In his civilian guise of Jonathan Powers, the Jester enters a police station and announces to all there that he intends to reveal the true identity of Daredevil on the George Washington Bridge that evening. News of this spreads across the city and reaches Matt Murdock who decides to check out the situation himself as Daredevil. Arriving at the bridge, he gets into a scuffle with Powers, who takes advantage of the media cameras that have shown up for the event. Making it seem as though Daredevil is trying to kill him, Powers then forces Daredevil to knock him off the bridge where he secretly escapes aboard a submarine. With the body of Powers "lost" Daredevil is accused of murder and he flees the scene. Back in his Jester guise, Powers then takes control of a TV studio and demands that Daredevil meet him in combat, however when Daredevil meets up with the Jester he is soon surrounded by police.

1st printing.
This comic book is in used condition. Comic is complete with cover and all pages attached. This comic has some flaws that warrant a VF grade.
Comic Book will be shipped bagged and boarded!