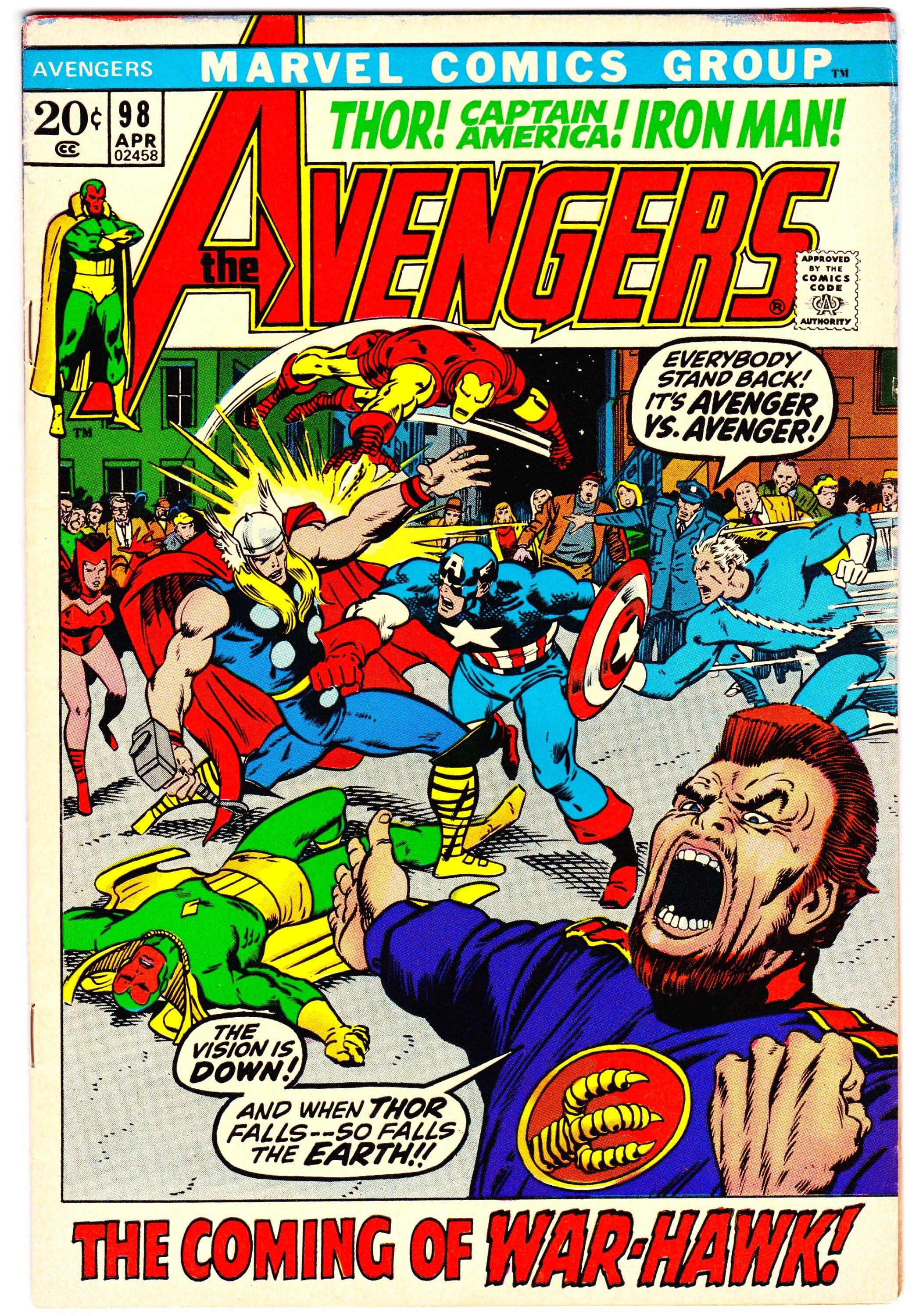 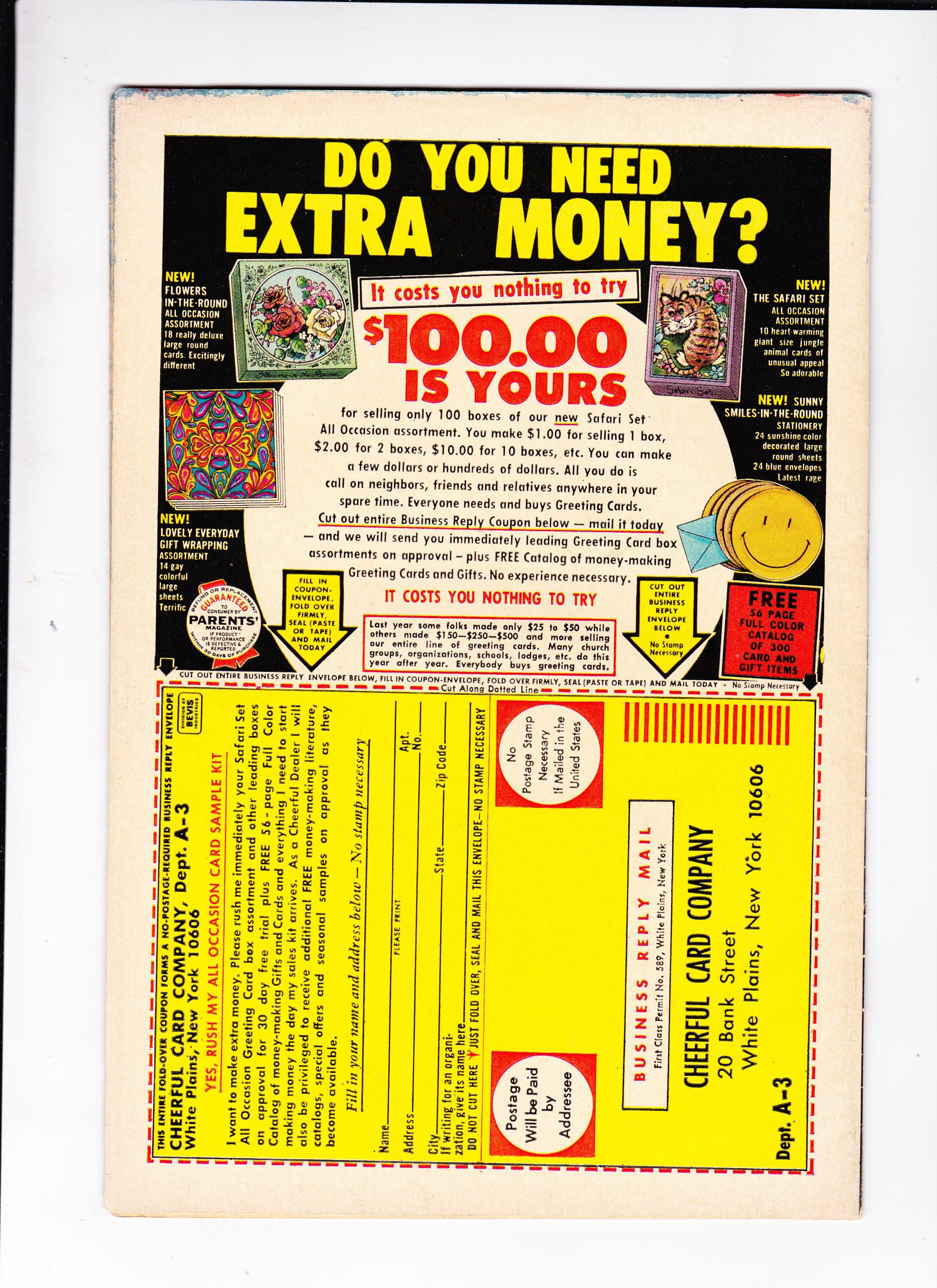 "Let Slip the Dogs of War!" Part 1 of 3:
The remarkable Kree/Skrull war is over! But there isn't any time to rest for Earth's Mightiest Heroes! Ares, the Greek god of war, stokes a riot in downtown Manhattan by mind-controlling the nearby residents! When the Avengers and Rick Jones arrive to restore the peace, they fall under Ares' trance too! The only heroes left unaffected are Thor and the Vision! But before the Prince of Asgard and the synthezoid avenger can challenge Ares, they must first fend off their teammates! The Vision battles Shell-Head while Thor takes on Cap, Wanda, and Pietro! Everything is going Ares' way! How will the Avengers turn the tide? Cameo appearance by Hercules. Avengers Lineup: Captain America, Hawkeye, Iron Man, Quicksilver, Scarlet Witch, Thor, and the Vision.
Notes: Ares previously appeared in Avengers 50. Clint Barton returns to his Hawkeye identity. The letters page includes a lengthy letter from fantasy novelist Stephen R. Donaldson (of Chronicles of Thomas Covenant fame) and a letter from comics writer Michael P. Higgins. This three-part story was reprinted in Avengers (3rd series) 48.

1st printing.
This comic book is in used condition. Comic is complete with cover and all pages attached. This comic has flaws that warrant a VF grade.
Comic Book will be shipped bagged and boarded!