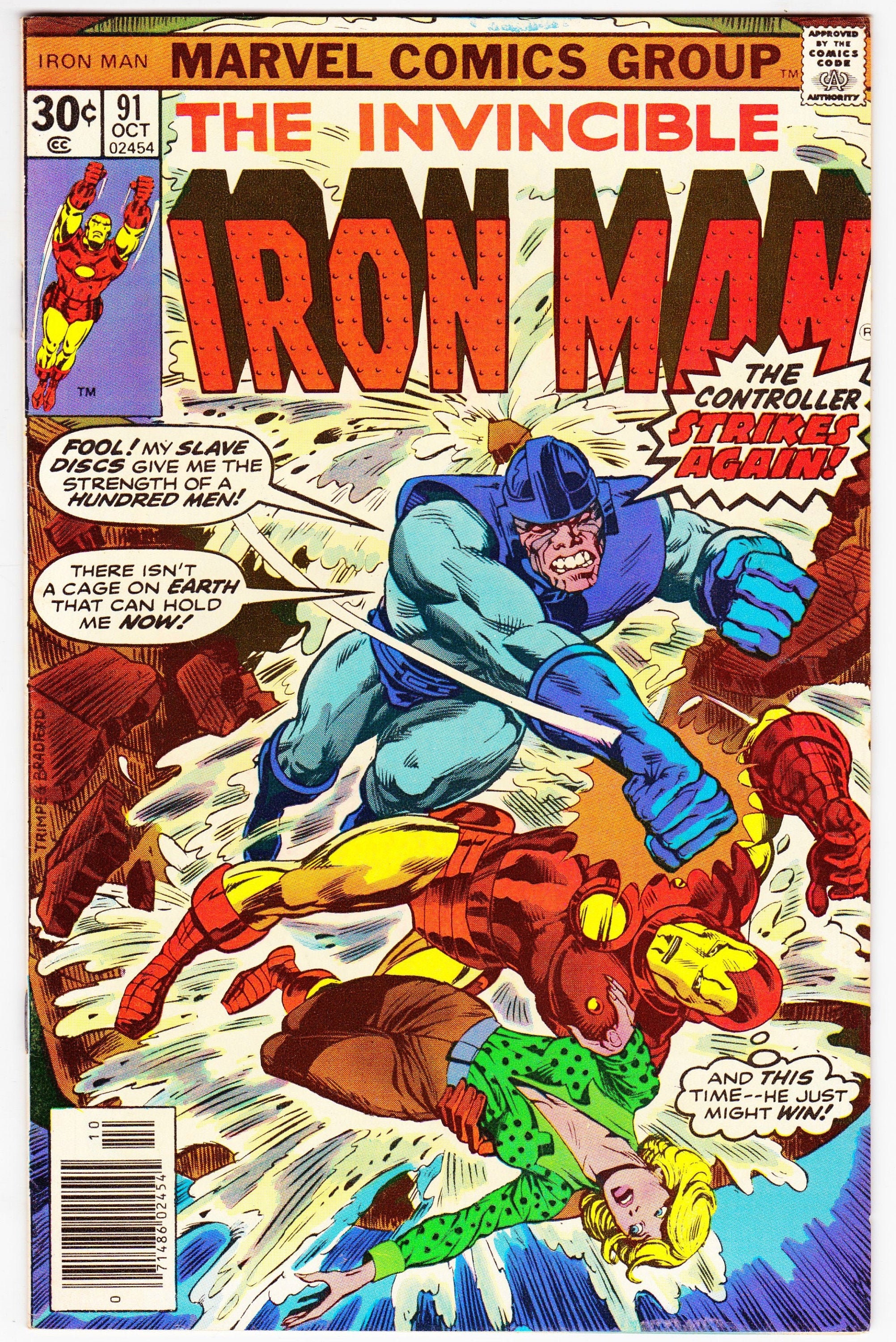 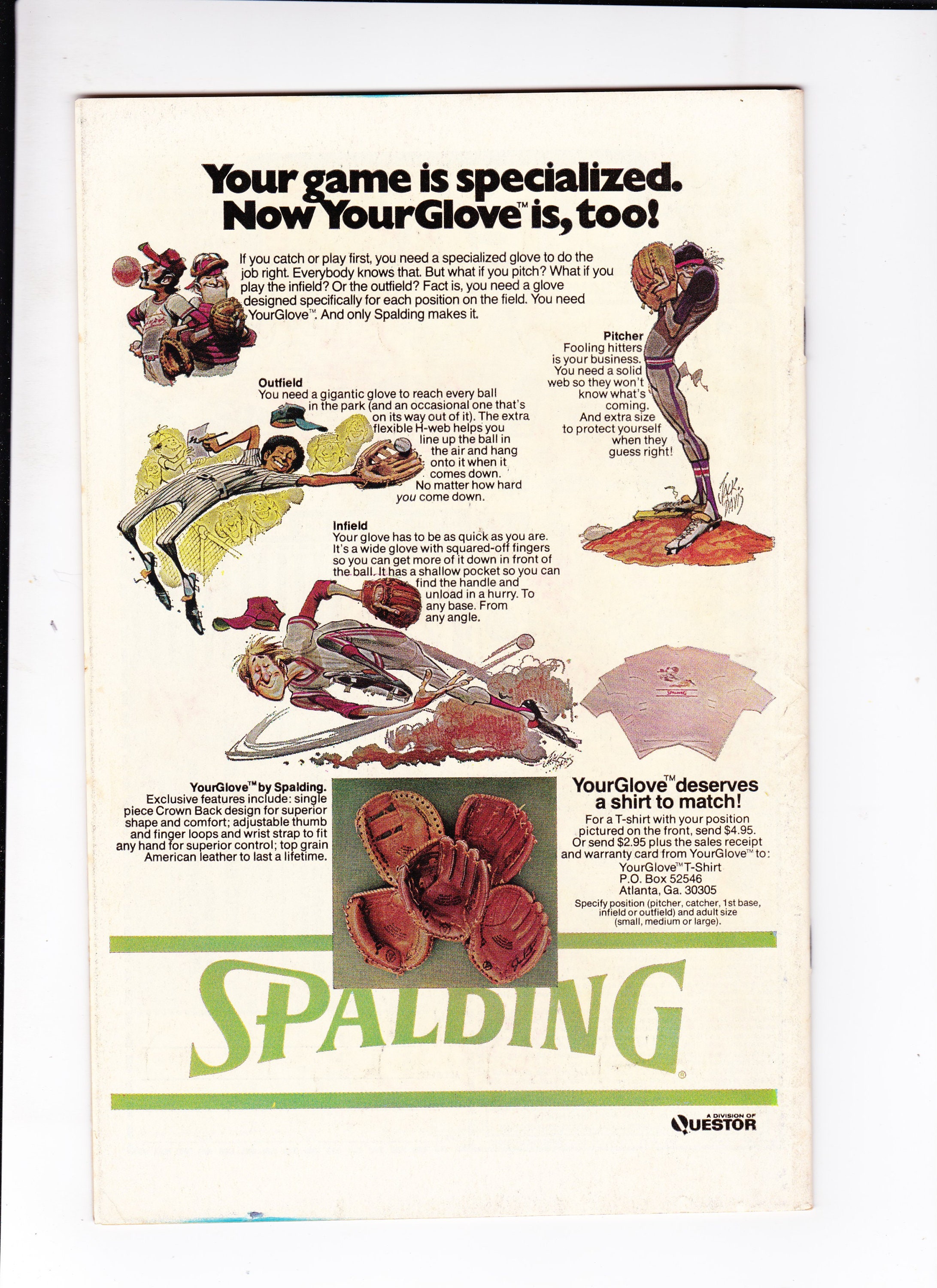 "Breakout!" Part 2 of 2:
Iron Man brings the Controller to Stark International and imprisons him in a vat of dense plastic with Abe Klein's help. Changing into Tony Stark, he contemplates the possibility that the recent string of accidents are actually sabotage. Meanwhile, Scrounger attaches the Controller's discs to various people, raising the Controller's strength. Stark leaves his office to meet his new executive secretary, Krissy Longfellow, and asks her out to dinner. When they return the Controller breaks free, so Stark changes into Iron Man and fights him. The Blood Brothers break free from Ryker's Island. Hearing this Iron Man steers the fight there. He steals a control disc from the arriving Scrounger and attaches it to one of the Blood Brothers. The surge of power overloads the Controller, defeating him. The Blood Brothers are imprisoned, but Scrounger takes Controller away, intent on continuing to take care of him.
Notes: This is Bob Layton's first credited work on this title. He was to become a long-standing writer and artist for the Iron Man.