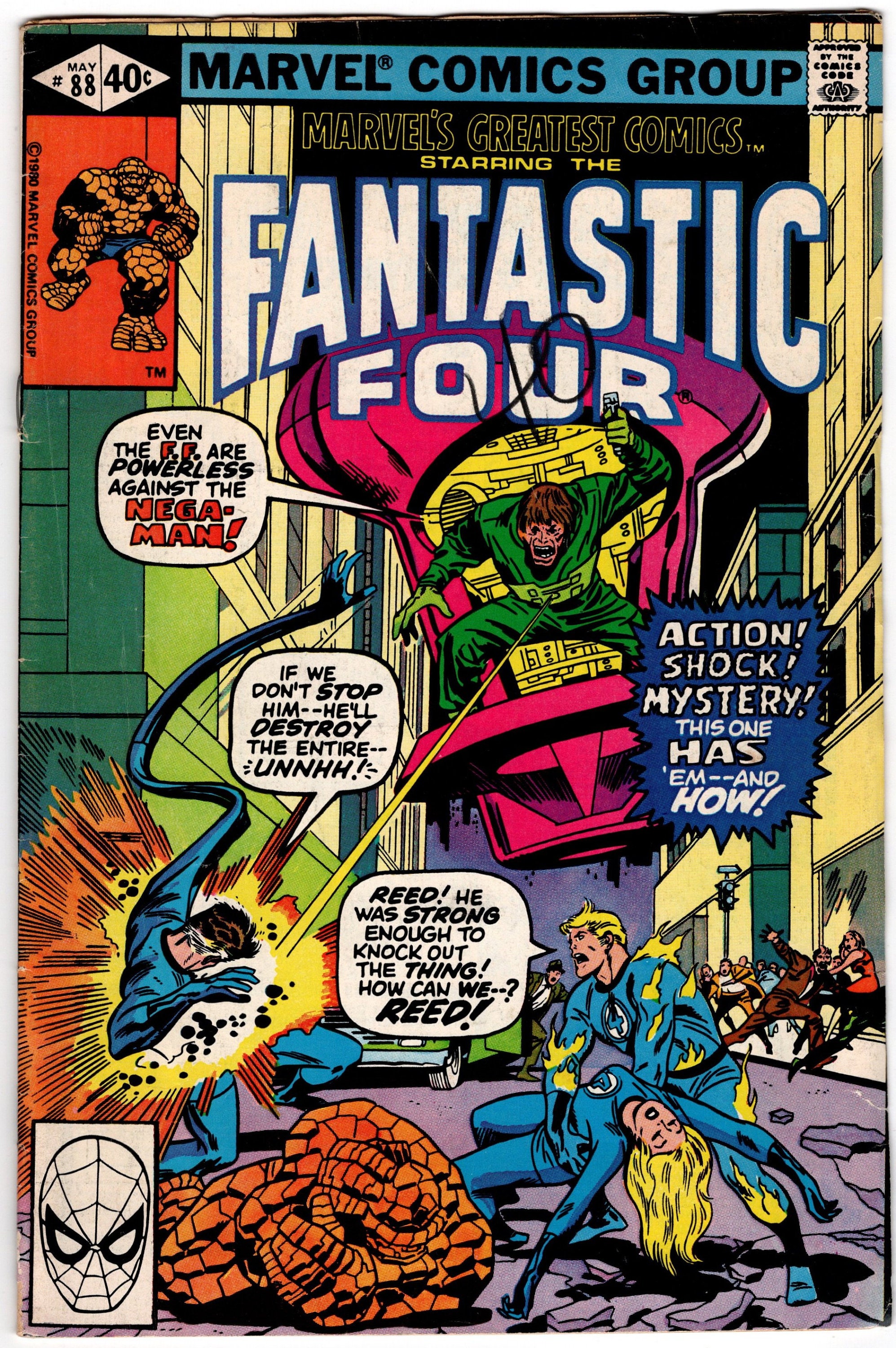 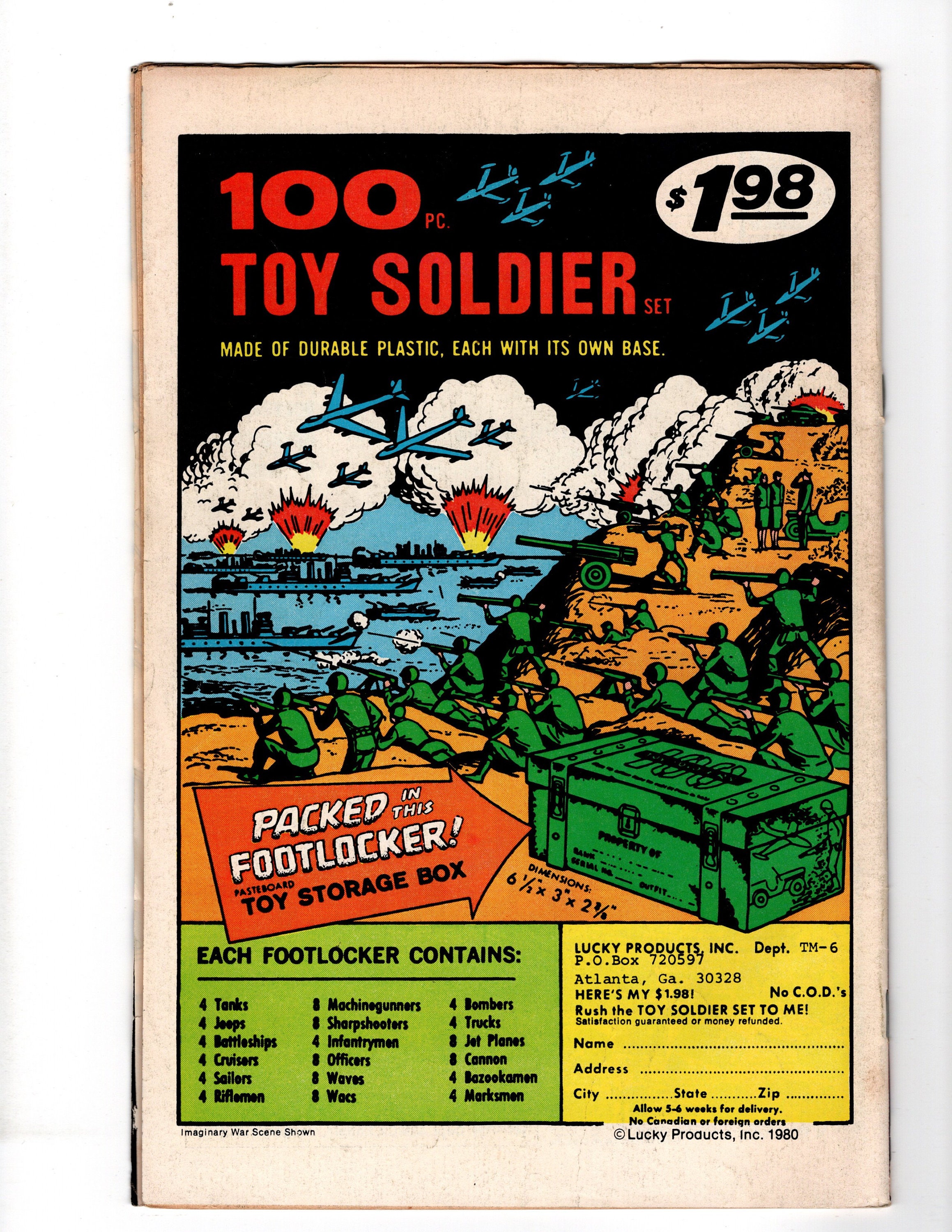 "The Monstrous Mystery of the Nega-Man":
In brazen fashion Janus overpowers Mr. Fantastic and storms into the Negative Zone!; Why?!?; Does Janus know what could be waiting for him in the antimatter universe?; However Janus (appropriately named after the two-faced roman deity) is also the Nega-Man!; And the power of the Negative Zone already courses through his veins!; After reviewing their first skirmish with Janus, the FF prepare to charge into the Negative Zone themselves!; But hold on, someone else is coming through the portal from the other side!; Look out!; It's Annihilus!; Origin of Janus; Cameo appearance by Annihilus; Reprinted from Fantastic Four #108

1st Printing
This comics is in used condition and is complete with all pages and cover attached it has flaws that warrant a grade of Fine.
Comic will come bagged and boarded.