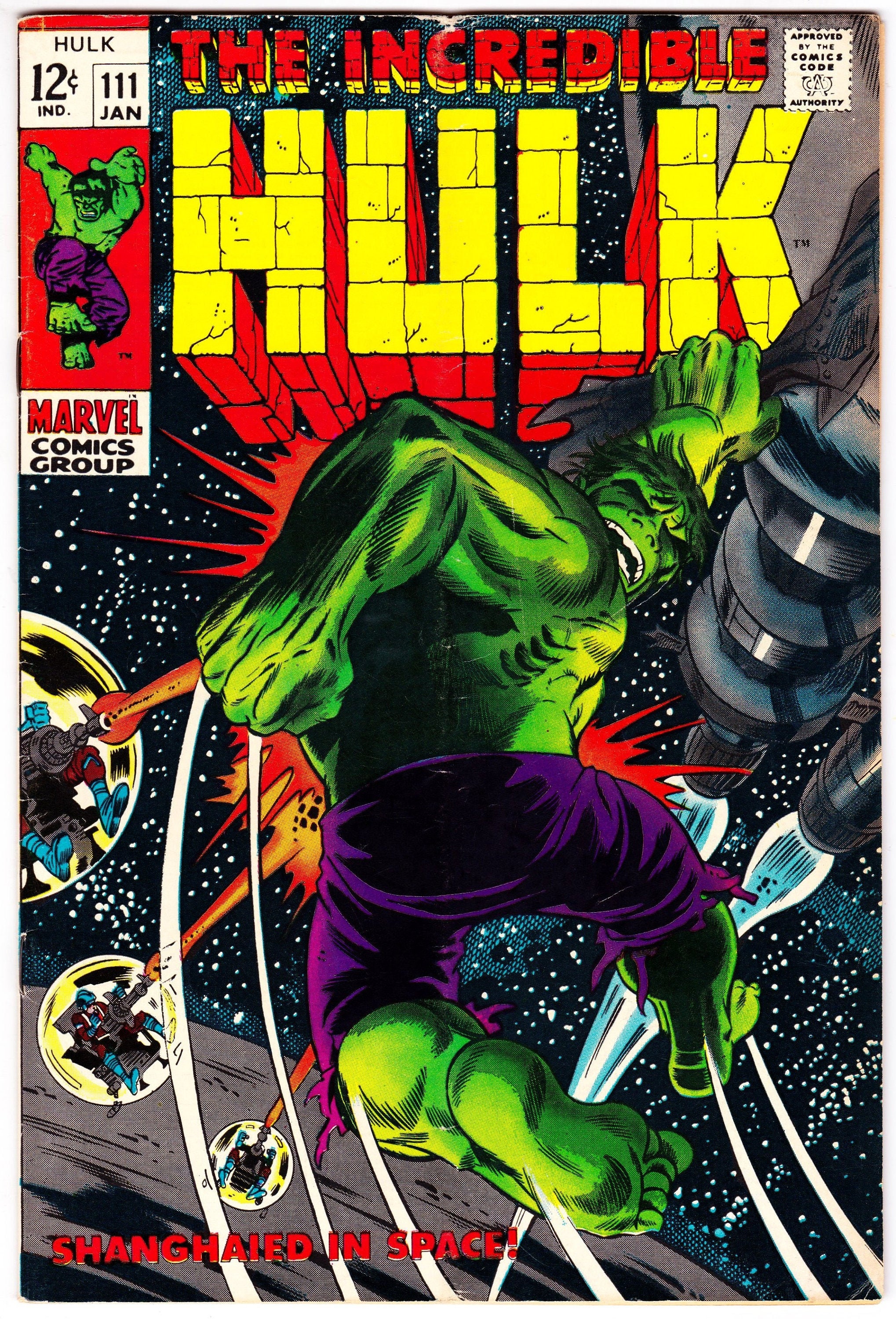 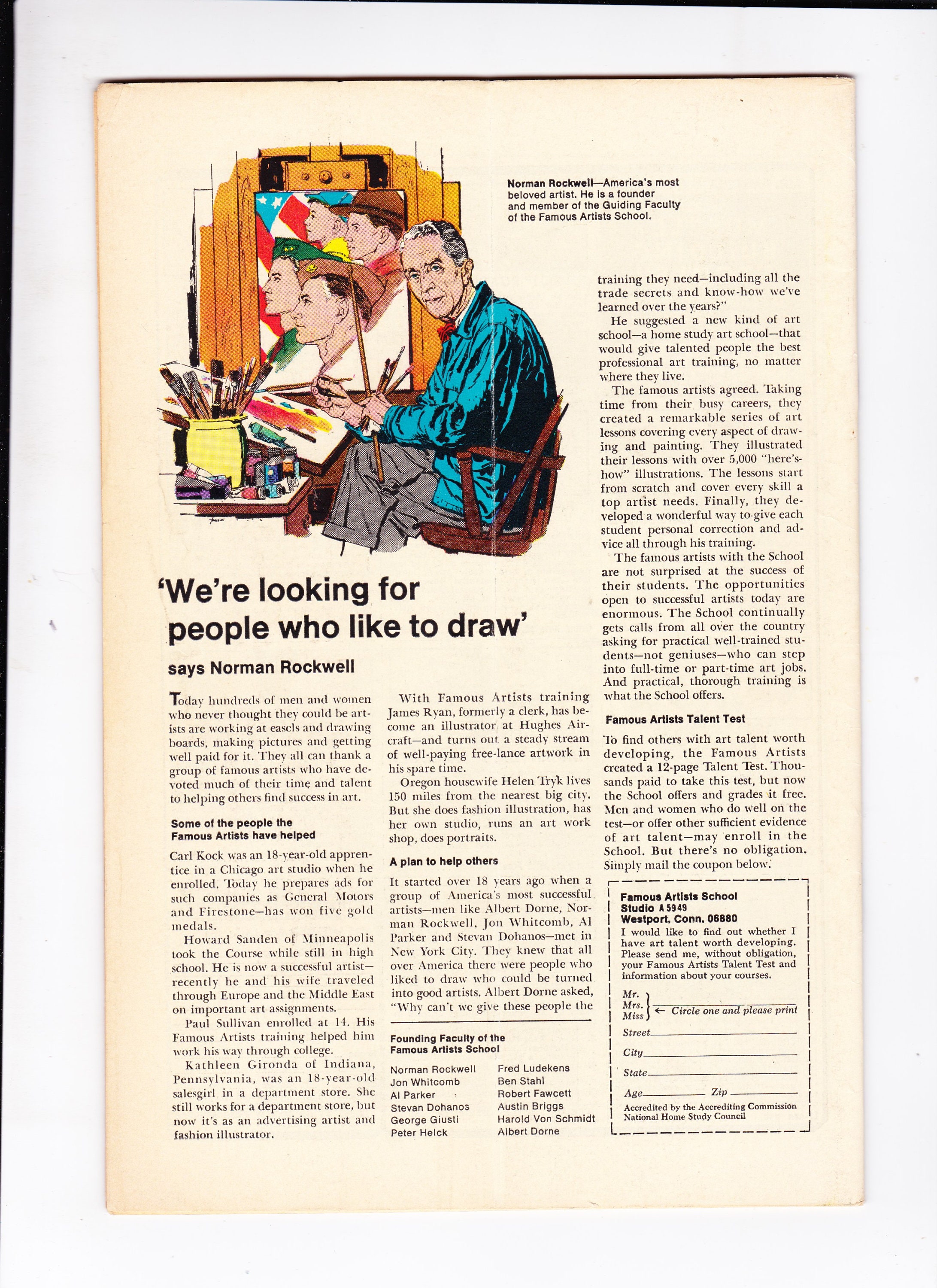 "Shanghaied In Space!":
The aliens who sent Umbu to destroy the earth capture Bruce Banner after the Hulk defeats their killer robot; Bringing him back to life (Bruce died at the end of last issue), the aliens find they have their hands full as they wage a pitched space battle with Bruce's alter ego, the incredible Hulk; Making it to their home planet, Hulk finds himself faced with the awesome might of the Galaxy Master.

1st printing.
This comic comes bagged and boarded.
This comic book is in used condition and is complete with cover and all pages attached. This comic has flaws that warrant a VF grade.