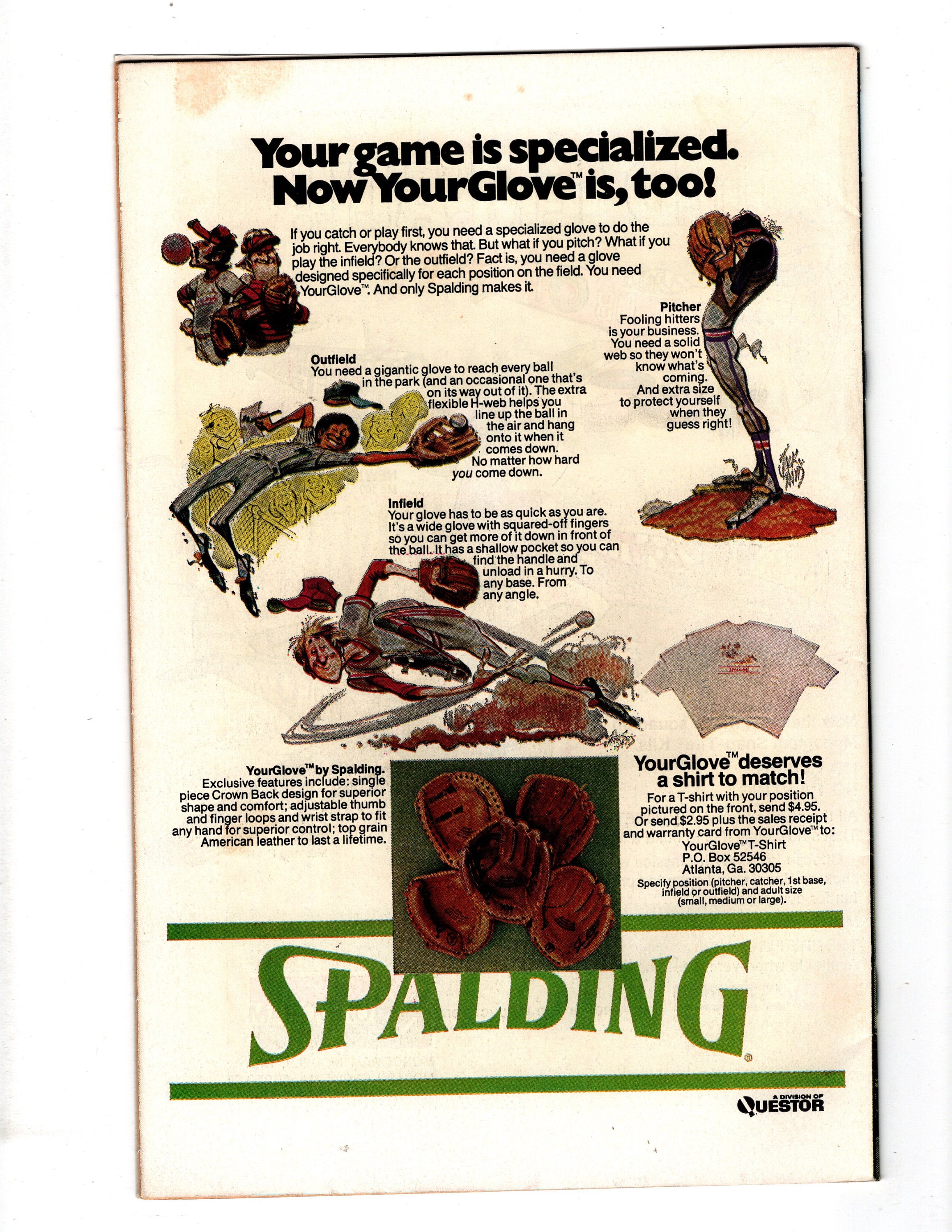 "Slow Down - and Die!":
Captain Stingaree, a sword-wielding villain, becomes convinced Batman is really portrayed collectively by the Courtney triplets, a team of private investigators, and captures one Batman, who proves to be Michael Courtney.

Script by Denny O'Neil, pencils by Pablo Marcos, inks by Al Milgrom
"The Cold-Fire Caper!":
Tim Trench is assigned by a beautiful woman to find a stolen ruby that turns out not to be stolen after all. Justice For All Includes Children 4 public service announcement, pencils by Curt Swan, inks by Vince Colletta. Letter from future comics writer Adam Castro.

1st printing.
This comic book is in new condition. Comic is complete with cover and all pages attached. This comic has some flaws that warrant a NM grade.
Comic Book will be shipped bagged and boarded.