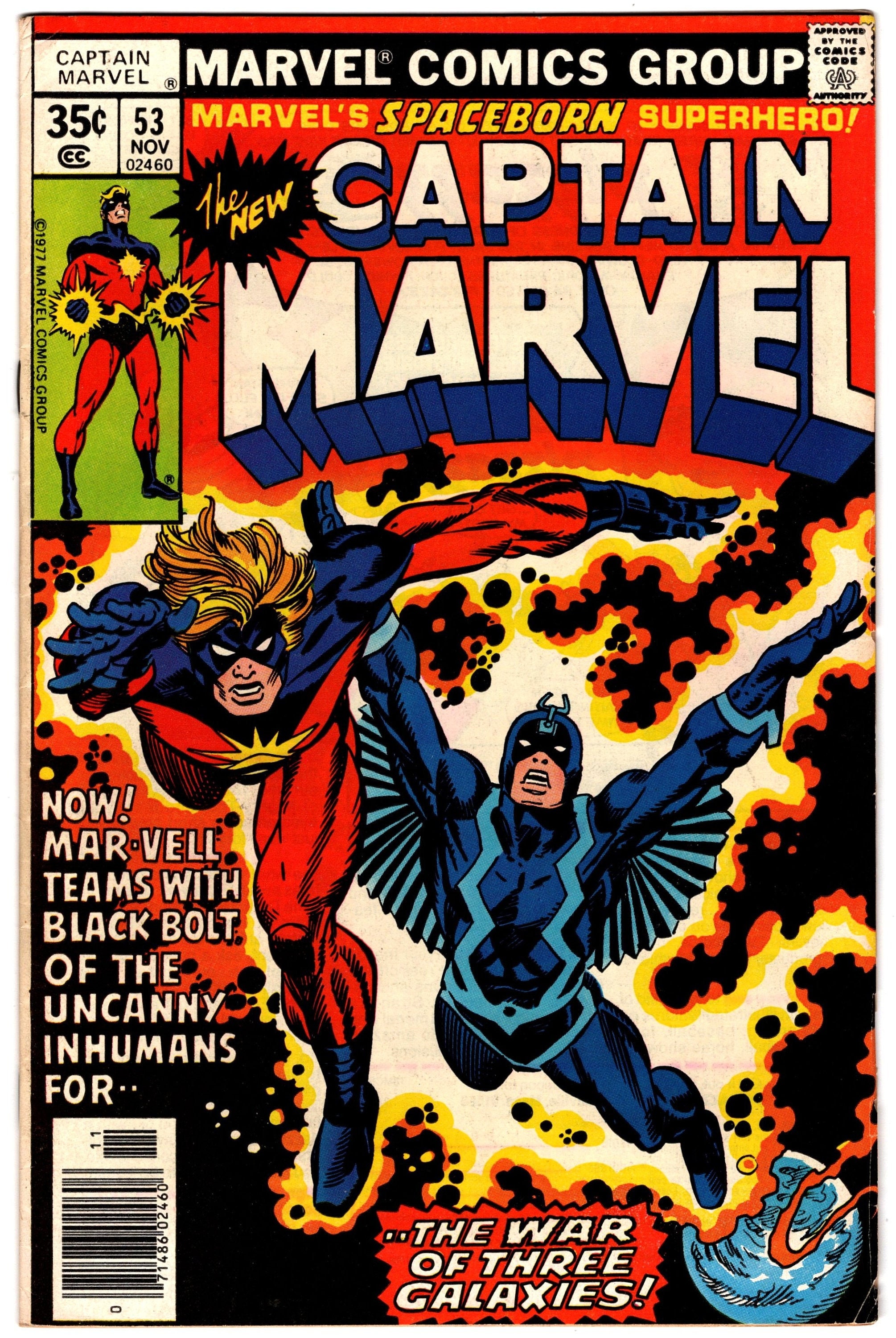 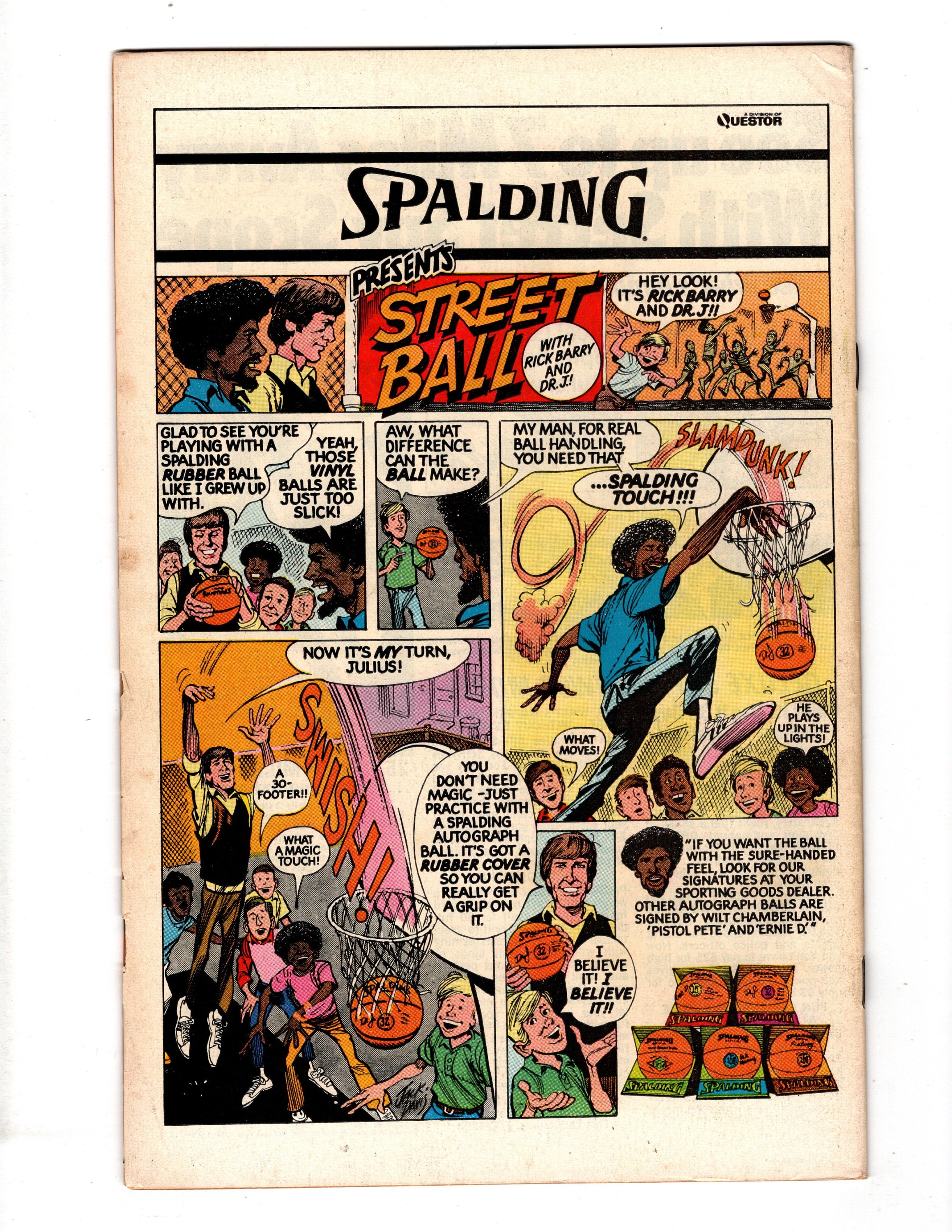 "The War Of The Three Galaxies!":
Captain Marvel takes Doctor Minerva with him for questioning and gets intercepted by the Inhumans and the Kree castaway, Falzon; They pool their information and realize their recent struggles are all tied to the Kree's plans for the imminent War of Three Galaxies between the Kree and the Skrull, with Earth caught in the middle; Mar-Vell plans to use the Watcher's transporter to invade the heart of the Kree Supreme Science Council for answers and Black Bolt volunteers to go with him on what seems to be a suicide mission; Arriving in the Council's chambers just as Councilman Por-Bat is poised to give the word to launch all-out attack on the Skrulls, Captain Marvel and Black Bolt fight desperately against the Kree guards until Mar-Vell's Universal Awareness tips him off that Por-Bat is not what he seems.

1st printing.
This comic book is in used condition. Comic is complete with cover and all pages attached. This comic has some flaws that warrant a VF grade.
Comic Book will be shipped bagged and boarded!