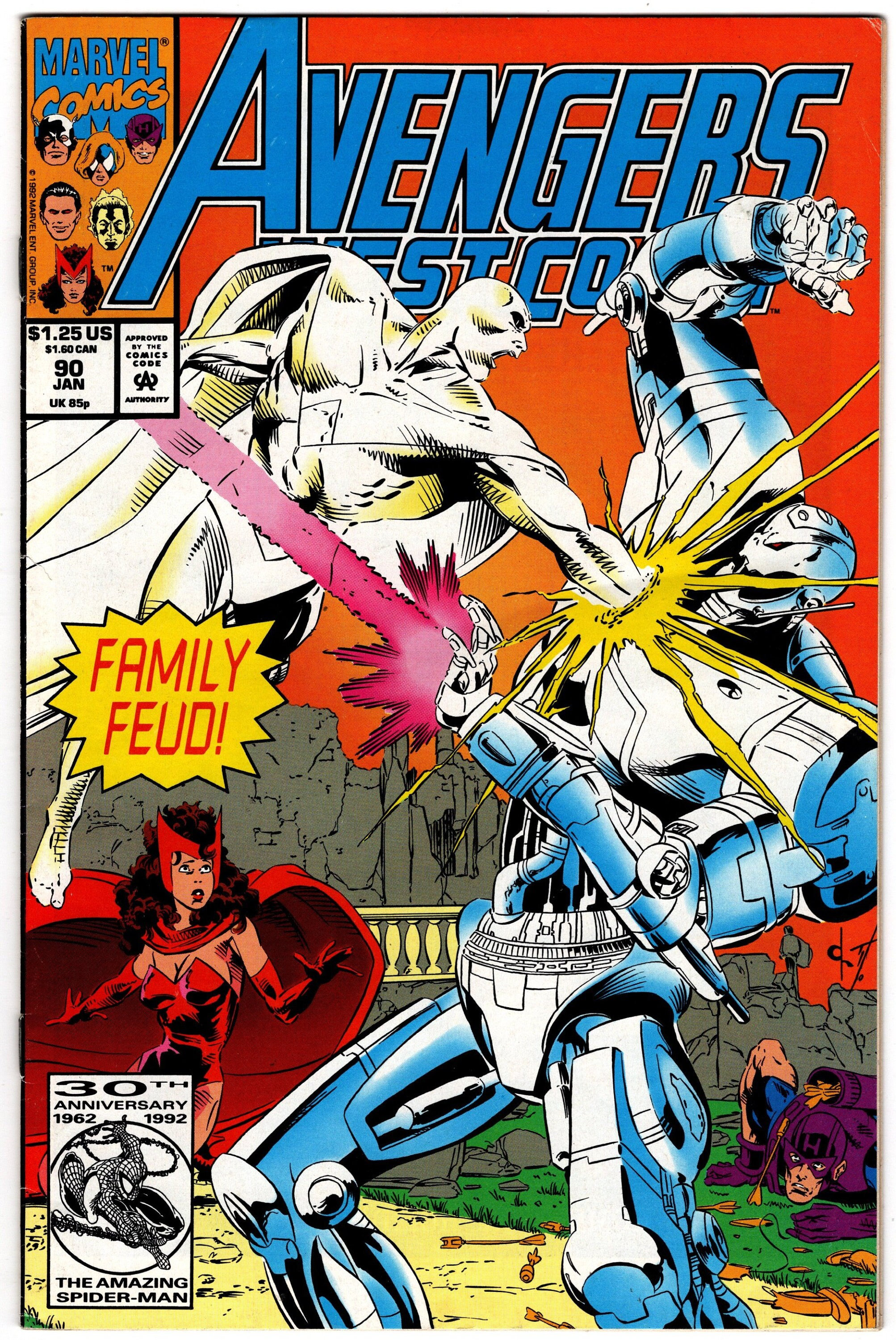 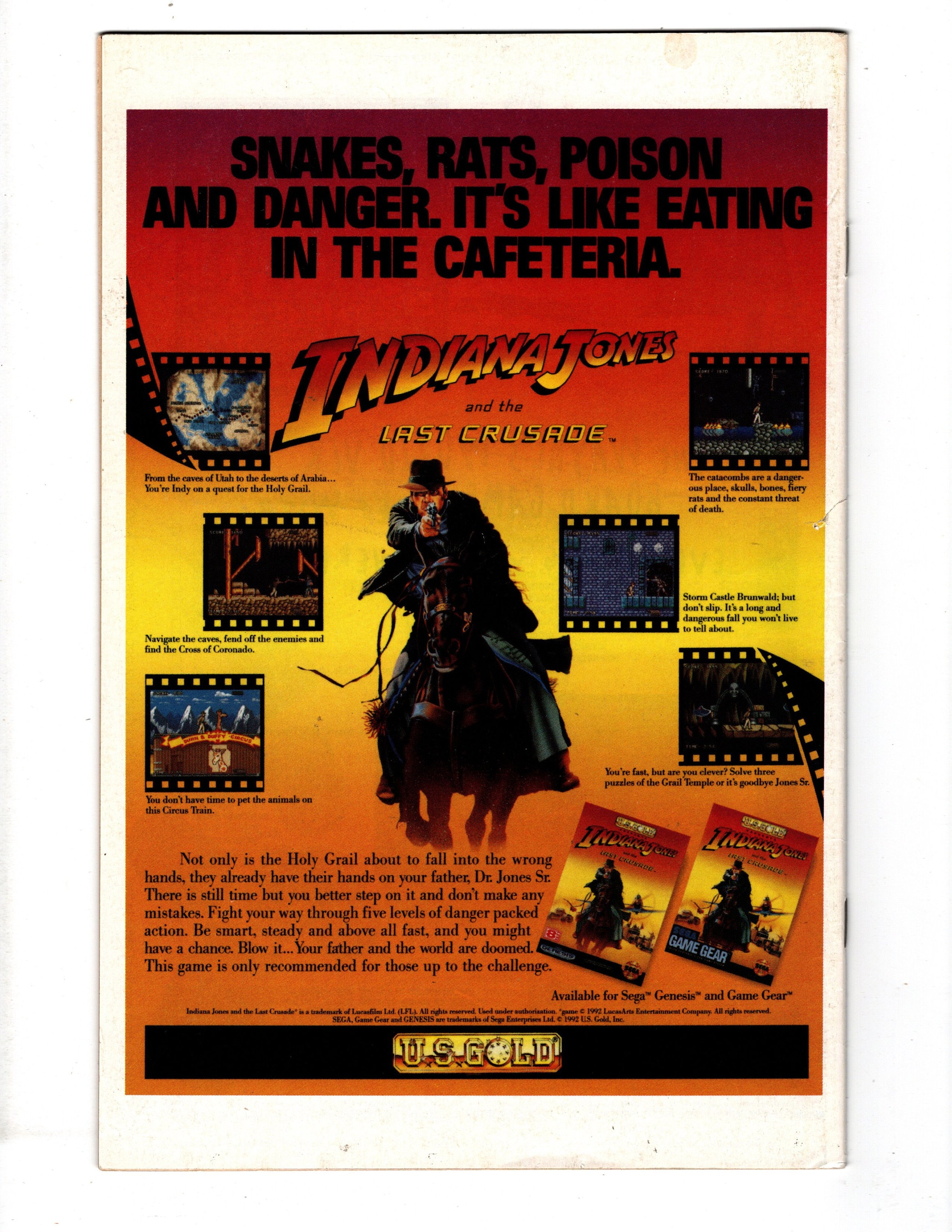 "Death Valley Daze" Part 2 of 3:
In the nick of time, the Vision arrives to save Wanda from the deadly bytes of Ultron! But despite the synthezoid's best efforts, Ultron defeats the Avengers and kidnaps Mockingbird! What is the adamantium robot planning? Is he going back to his playbook (from Avengers 162)? In the meantime, Hawkeye is very concerned about his wife and decides to become Goliath once more! A fantastic issue! Cameo appearances by Rachel Carpenter, Dr. Myron MacLain, Living Lightning, and Alkhema (aka War Toy). Avengers Lineup: Hank Pym, Hawkeye, Mockingbird, Scarlet Witch, Spider-Woman, Vision, Wonder Man, and the U.S. Agent.
Notes: Elements of the story were retconned in the 2008 Secret Invasion storyline. See the New Avengers Reunion (2009) limited series for what happened to Mockingbird behind the scenes.

1st printing
This comic book is in used condition and is complete with all pages and cover attached it has flaws that warrant a grade ofVF-.
Comic Book will be shipped bagged and boarded!