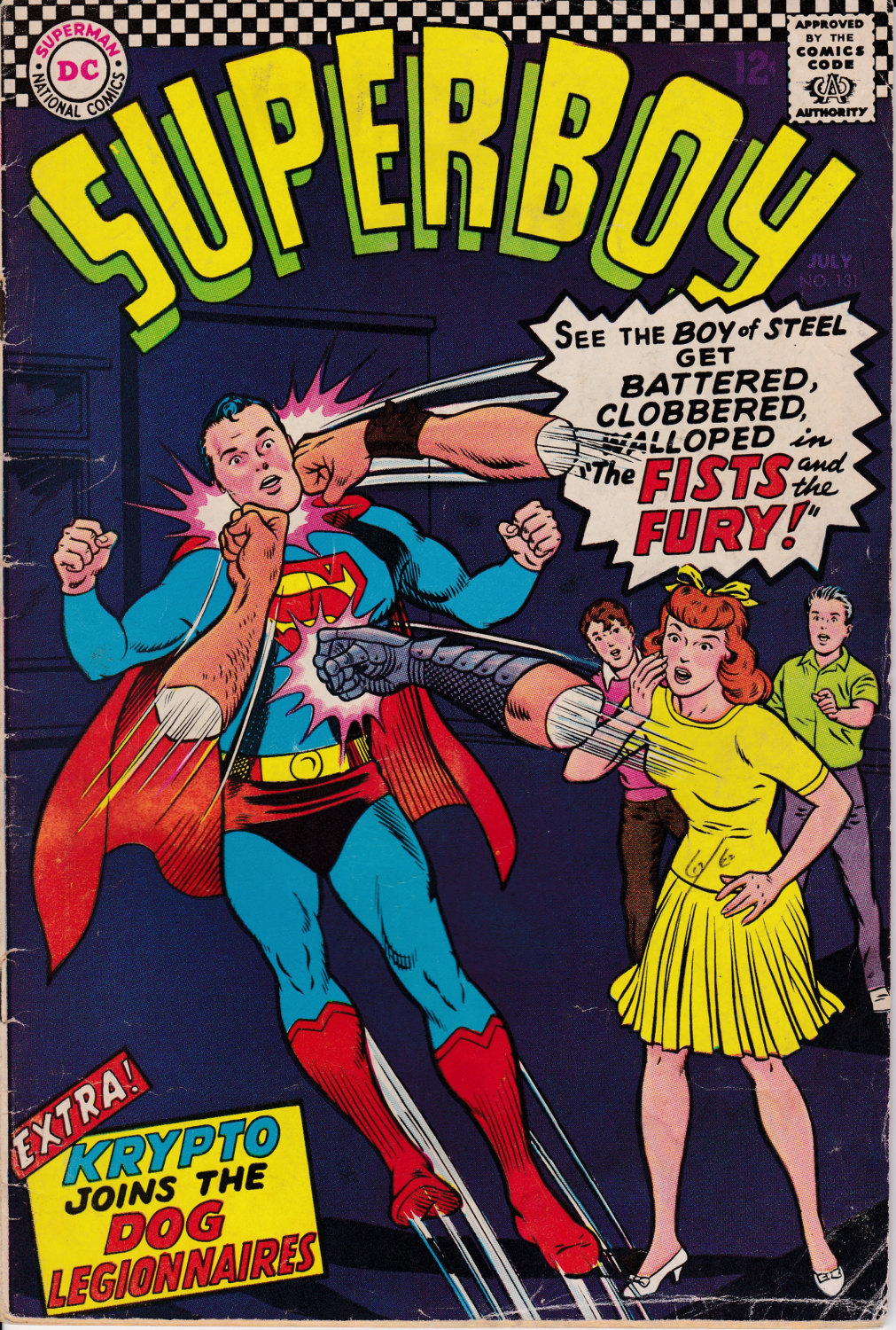 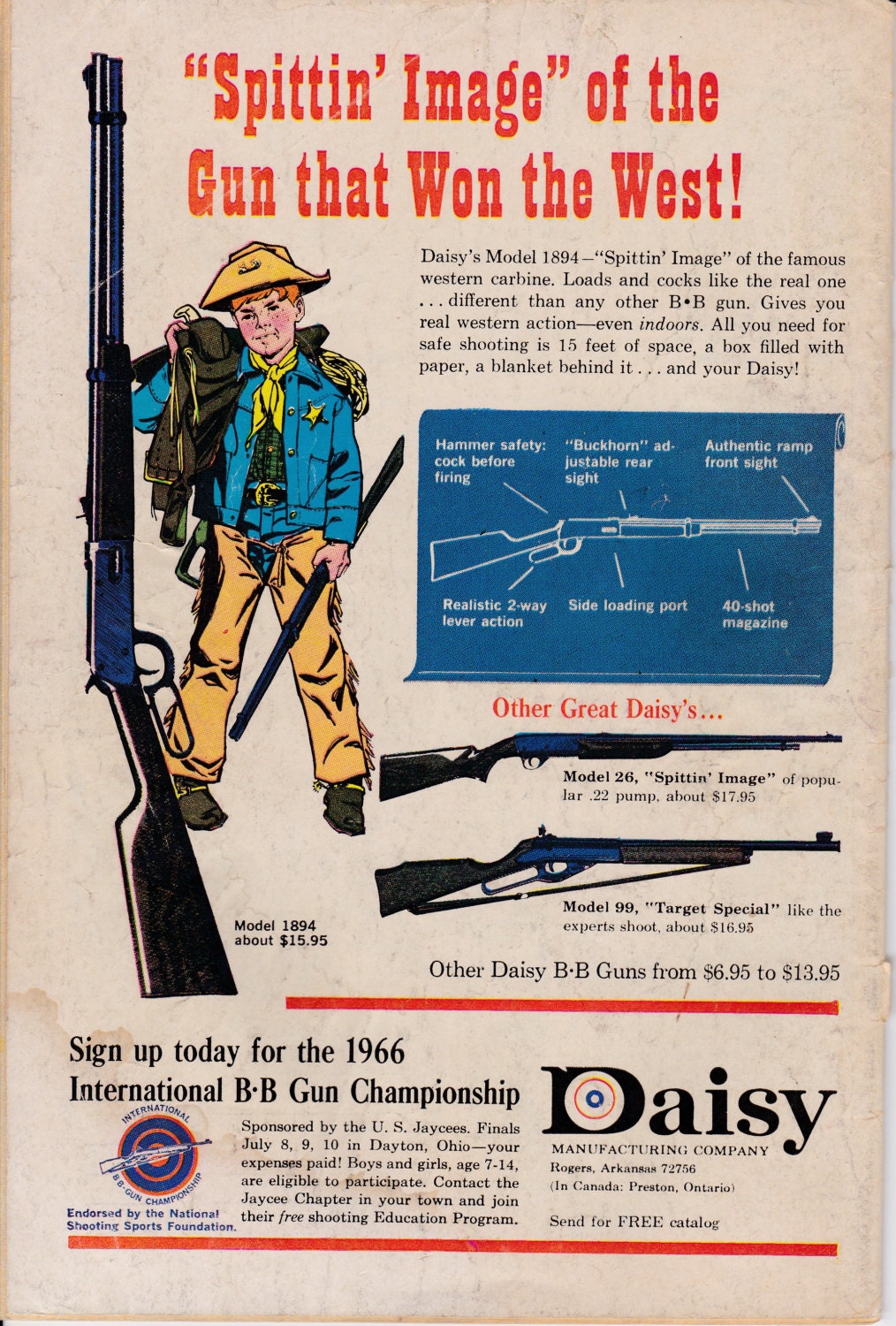 "Lex Luthor, Imp":
Starring Superboy, Lex Luthor, and Mr. Mxyzptlk
Mxyzptlk returns to Earth to plague Superboy; Lex Luthor seizes the opportunity and builds a machine to siphon off Mxyzptlk's powers and give them to himself; Angry that he was upstaged, Mxyzptlk starts a battle with Luthor with Superboy caught in the middle. "The Fists and the Fury!" starring Superboy, Lana Lang, Pete Ross, Pa Kent, and Ma Kent, script by Otto Binder, art by George Papp; While handling an emergency, Superboy is suddenly attacked by three disembodied fists; Since the fists are not attached to bodies, the Boy of Steel is unable to fight back; Oddly, the fists break off their attack as suddenly as it began; After one more strange encounter with the flying fists, Superboy changes into his Clark Kent identity. "The Dog from S.C.P.A.!", art by George Papp; Krypto joins the Dog Legionnaires; While Superboy is on a Legion mission, Krypto patrols space, sees a colossal dog super-hero named Mammoth Mutt killed by a missile, and learns from the dog's dying breaths about the Space Canine Patrol Agents, a group of dog super-heroes, and the Canine Caper Gang, who sent the missile that killed him. Krypto helps free the SCPA, learning that each dog hero has a single super-power (such as Tusky Husky's ability to grow a long tooth, and Tail Terrier's elastic tail), and helps them defeat the evil Top Dog and his Canine Caper bunch. Rocky and Bullwinkle star in a one-page Cheerios ad.

1st printing.
This comic book is in used condition with all pages and cover attached it has flaws that warrant a grade of G/VG.
Comic Book will be shipped bagged and boarded.