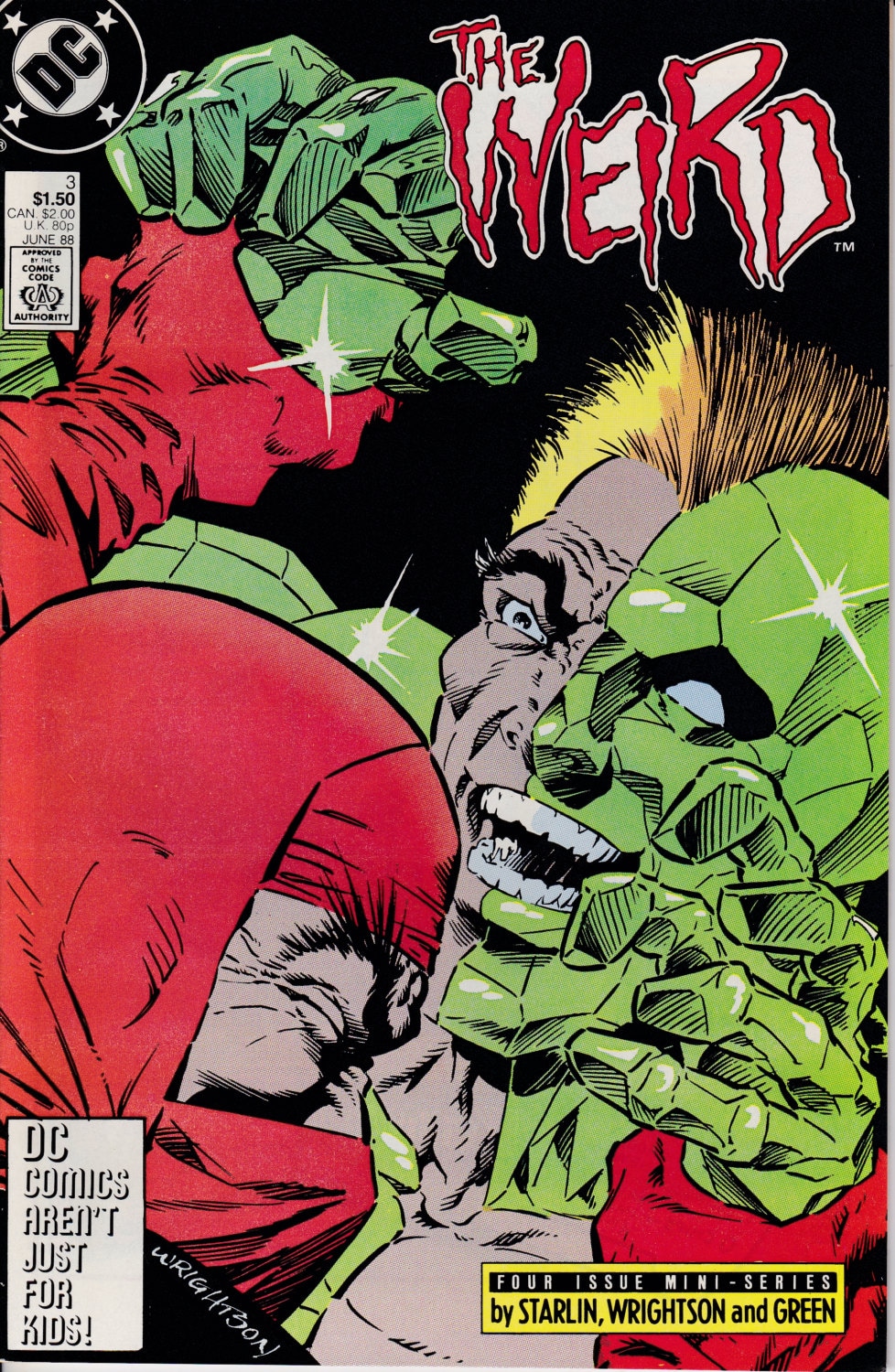 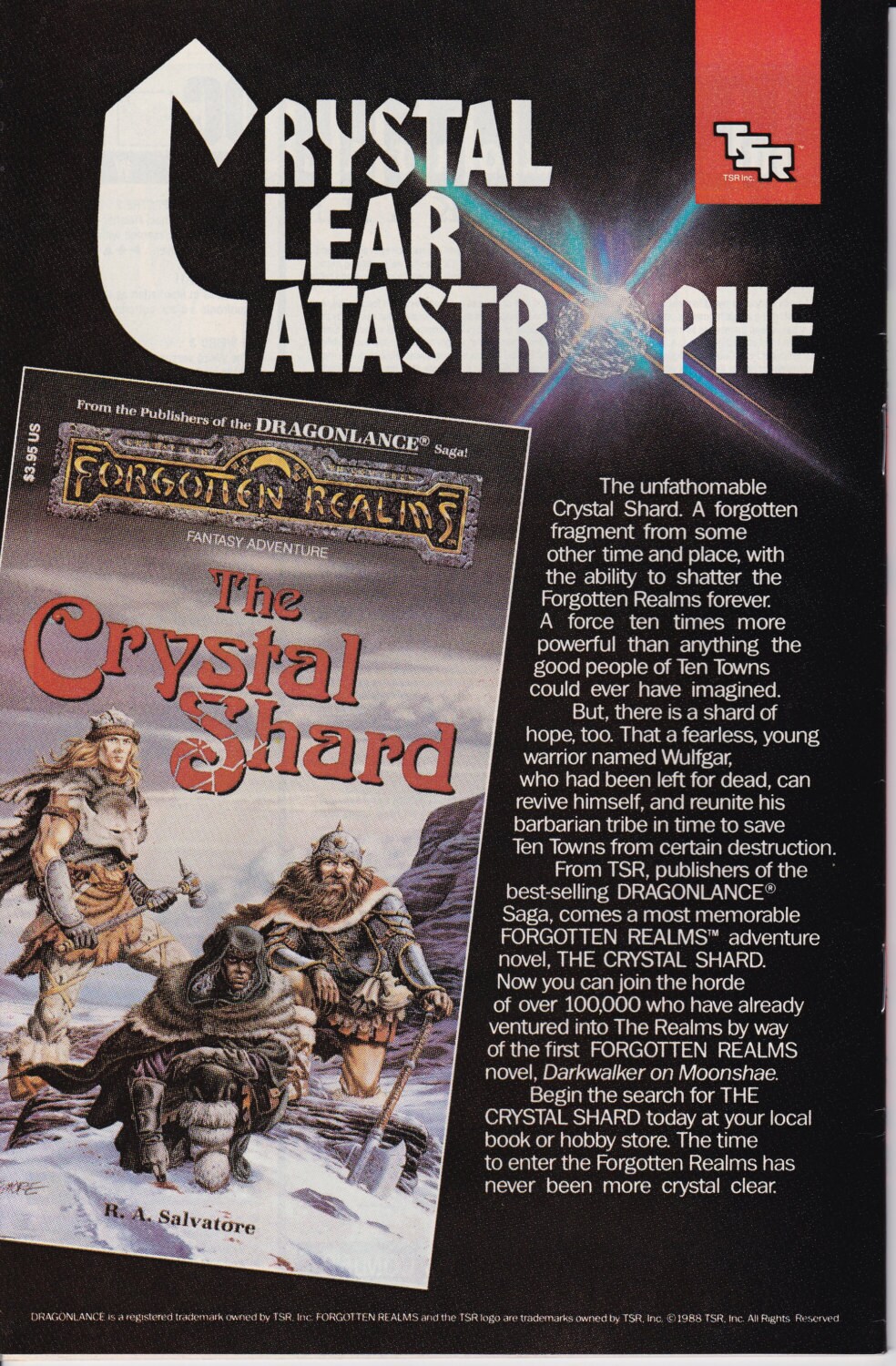 "Confrontation!":
While Billy Langley tells his dog, Ptang, about the Macrolatts and Zarolatts, the Weird confronts Jason Morgan; Sensing the approach of the Justice League, Jason seals the building off in a giant, regenerating cube of solid light which the heroes cannot penetrate; Jason manages to encapsulate the Weird who asks him why he would betray his own planet; Jason, realizing he has six hours to complete the bridge, humors the Weird by revealing his life story.