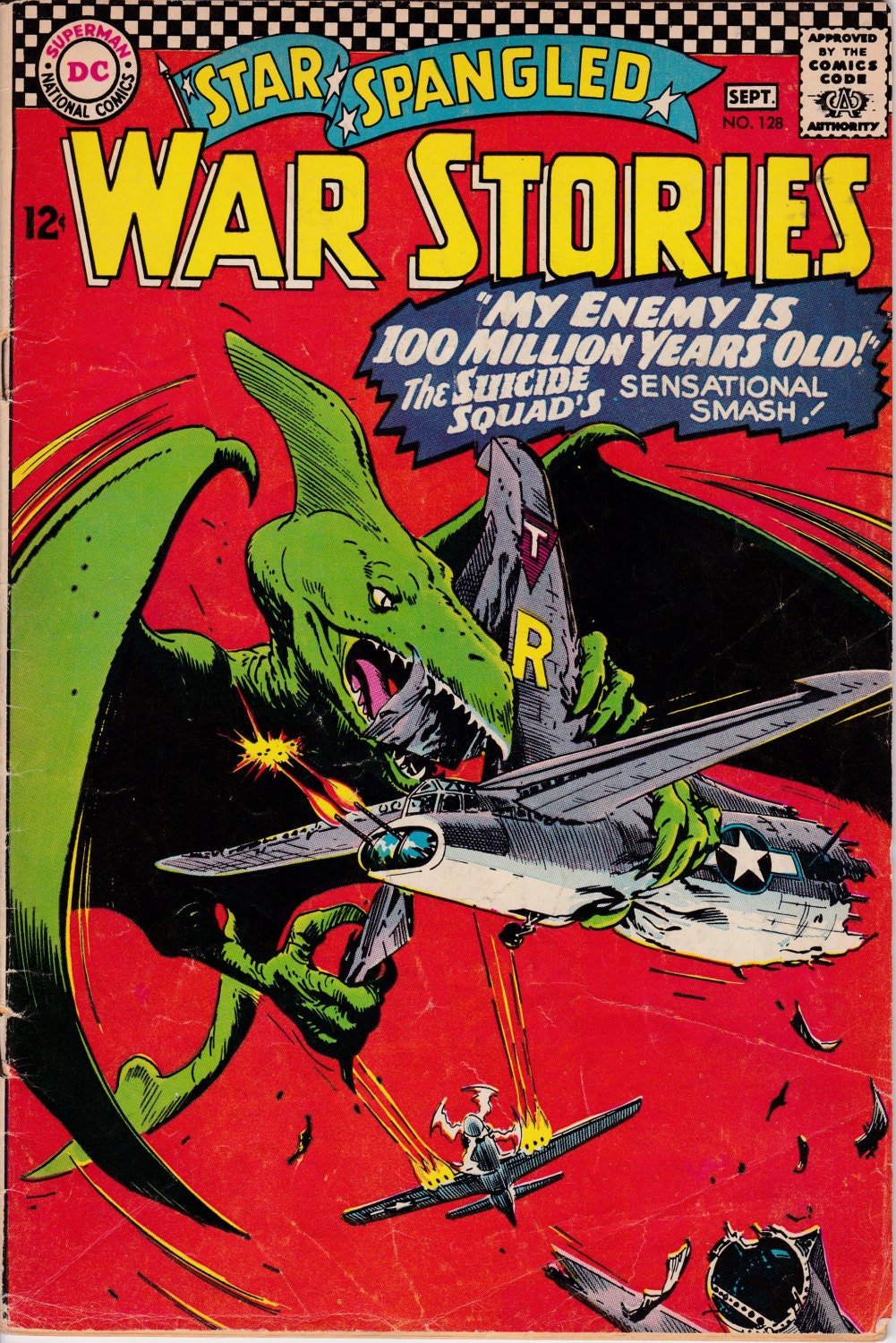 "The Million Dollar Medal!":
Starring Suicide Squad
Arnie has always lived under the shadow of his older brother Tom, who was liked by everyone, and Arnie was ridiculed. However, Arnie would find a new found confidence as an adult when the war broke out and he became a gunner, fighting the Japanese out on the pacific. While out at sea, the plane carrying Arnie is attacked and destroyed by a Pterodactyl, forcing Arnie to parachute out to sea. Finding a raft with a radio and calls for help. When the pulls up to shore on a deserted island he is attacked by a giant crab and is forced to flee. Hiding in a cave, he comes across a large diamond and realizes that it will be worth a fortune back home. Cap's Hobby Corner hobby tips by Henry Boltinoff. Sniper's Nightmare!, script by Howard Liss, art by Jack Abel.

1st printing.
This comic book is in used condition. Comic is complete with cover and all pages attached. This comic has a few flaws that warrant a VG/F grade.
Comic Book will be shipped bagged and boarded!