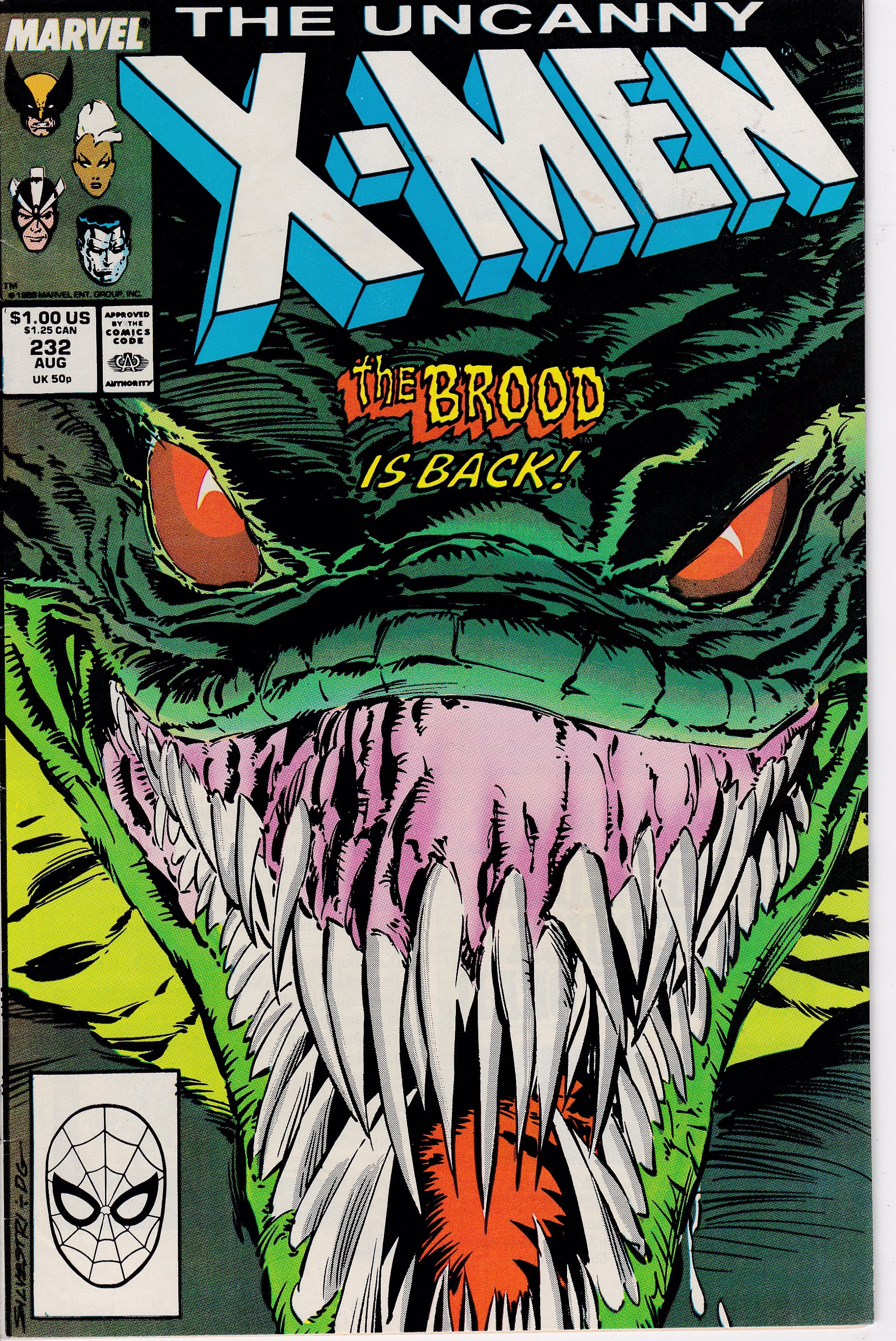 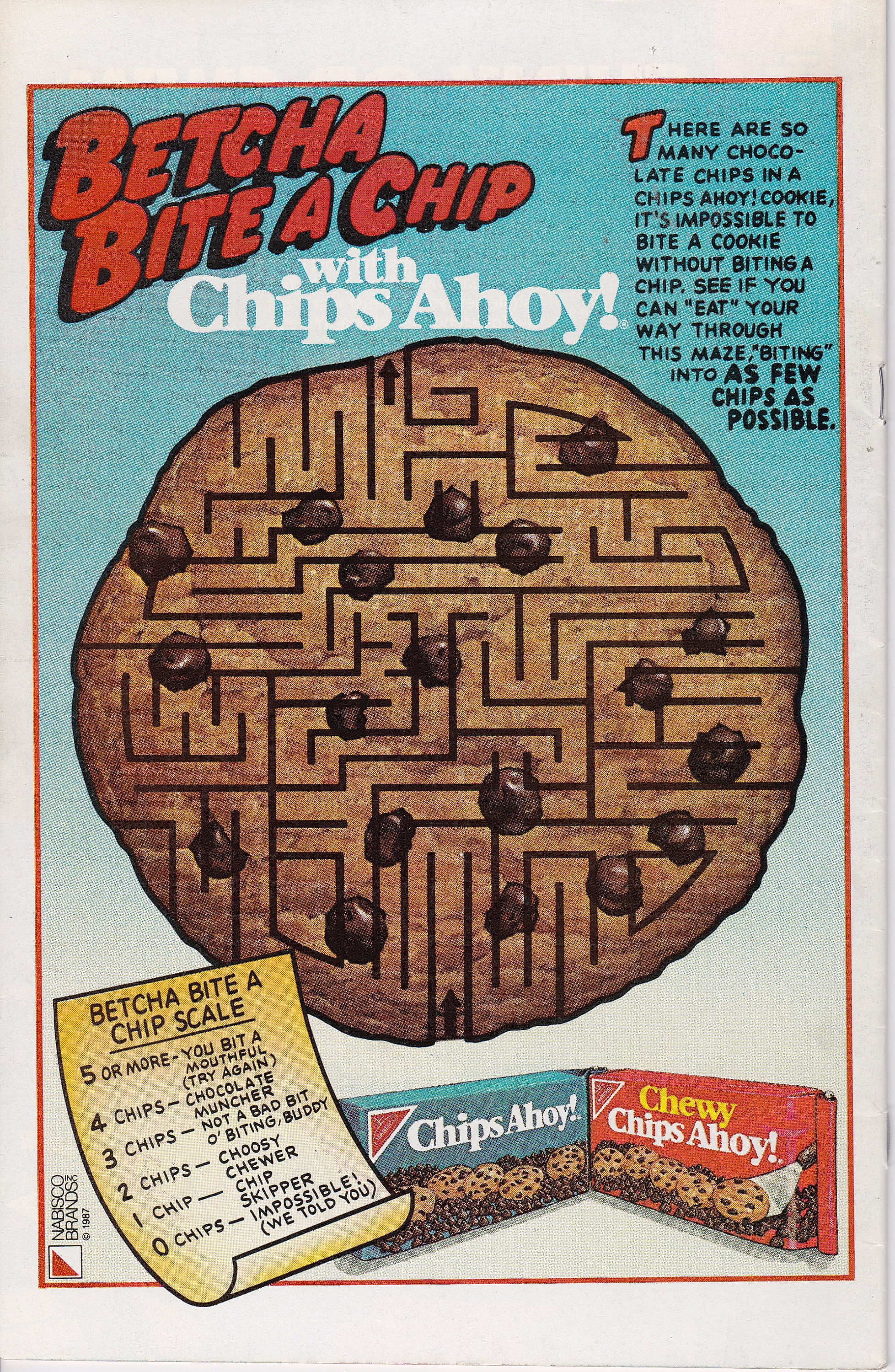 Story by Chris Claremont. Art and cover by Marc Silvestri and Dan Green.

"Earthfall!" Part 1 of 3:
Not too long ago, while Storm and Wolverine were battling the Crimson Commando and Stonewall and the other X-Men were battling the Juggernaut in Scotland the tranquility of the Diablo Rio Mountains were interrupted when something fell from the sky and crash landed near some campers. Going to investigate, they find a Brood Starshark craft, and they are soon all slaughtered by the surviving Brood warriors inside, except for one: paramedic Harry Palmer who is infected with a Brood queen embryo.

Today: Palmer is making his usual rounds on the site of a heart attack victim who's episode was triggered by the activation of his latent mutant powers: the ability to breath fire. As Harry examines the man and when he is left alone with him, his Brood personality takes over and infects the man with a Brood embryo.

Meanwhile, in Australia, Madelyne Pryor is teleported back to the X-Men's secret outback headquarters by Gateway after a shopping trip. She finds that there is nobody around to comment on her new outfit and haircut, and is particularly disappointed to see that her brother-in-law Alex is not around either. She goes down to the monitoring equipment after finding a note from the X-Men telling her they are on a mission and begins sketching designs for a logo so that the X-Men can be remembered by their activities and fulfill Roma's request that they become legends in the minds of the human race. Her attention is turned to one of the monitors when it picks up a news feed from New York City, where she is shocked to see her husband Cyclops and Jean Grey being interviewed by reporter Trish Tilby. Coming to the conclusion that Scott left her for Jean Grey -- who is alive and well after all she angrily punches the screen causing it to explode, knocking her out.

1st printing.
This comic book is in used condition. Comic is complete with cover and all pages attached. This comic has very few flaws that warrant a F/VF grade.
Comic Book will be shipped bagged and boarded!