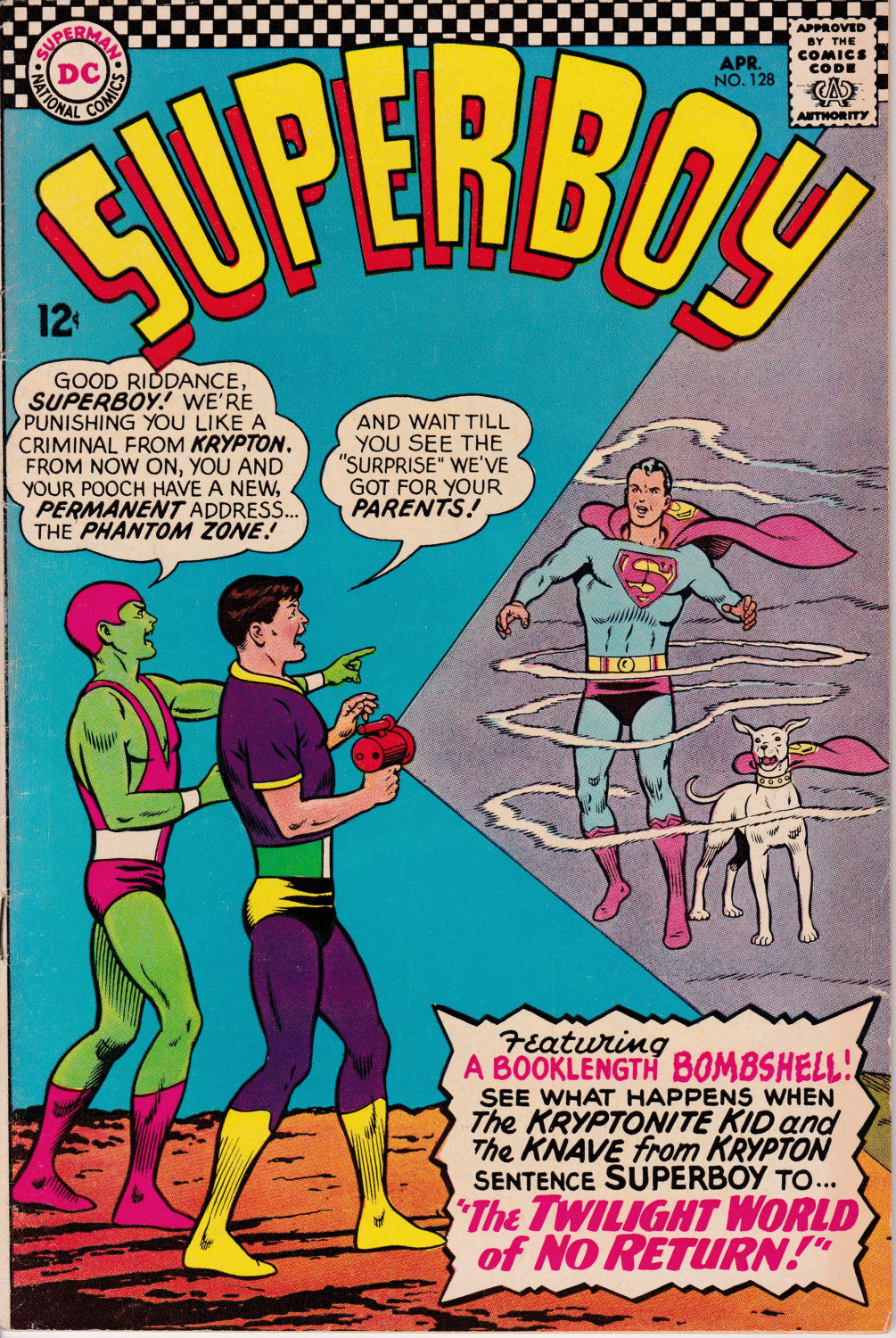 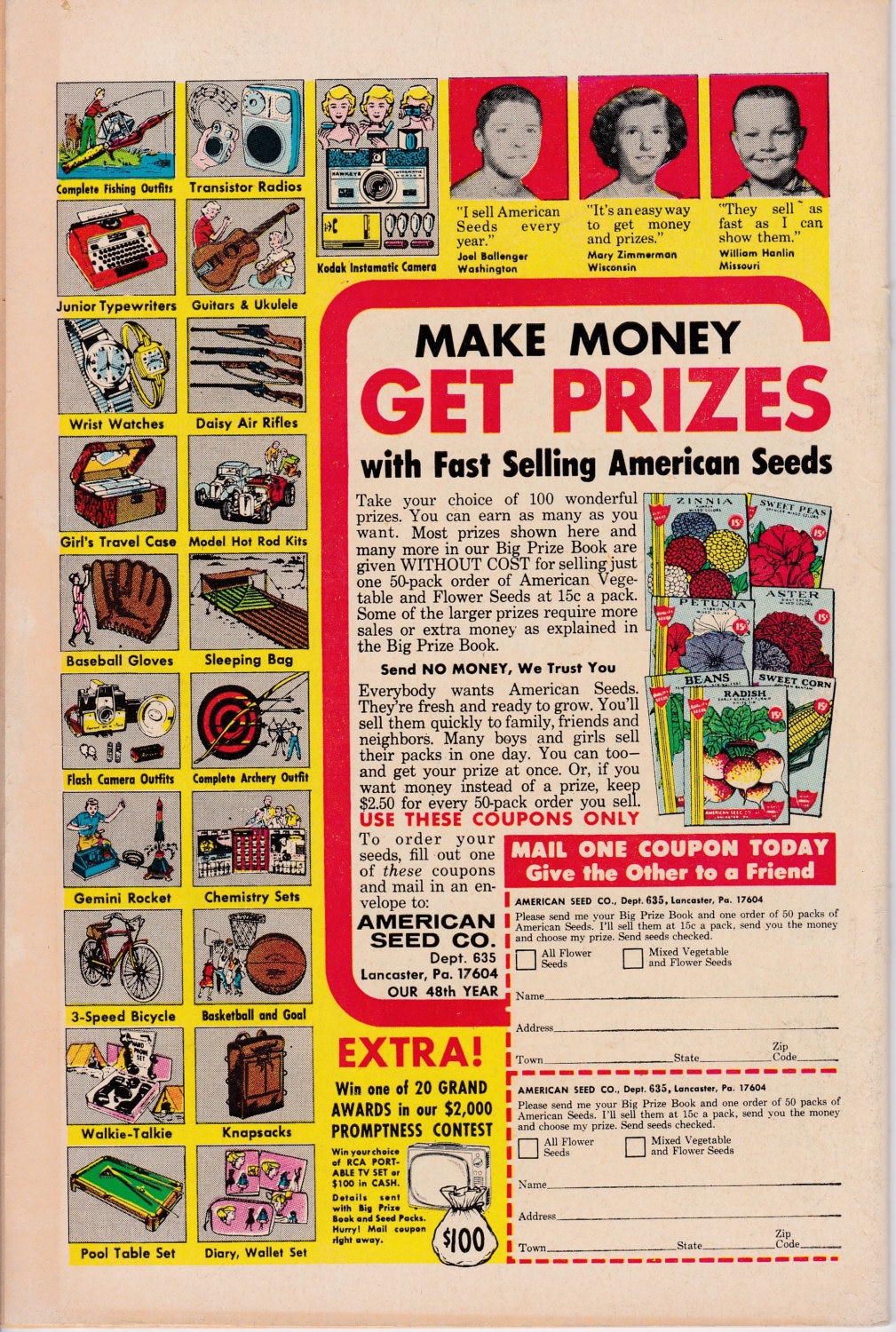 Cover art by Curt Swan, inks by George Klein. The Twilight World of No Return!, script by Jerry Siegel, art by George Papp.

Superboy begins having distorted dreams in which Krypton did not explode. Kal-El's neighbor Dev-Em is annoyed that Kal and his father turn him in for his destructive pranks. Dev-Em gets even by turning Kal-El evil and helping him with acts of vandalism. Kal-El is caught and sent to the Phantom Zone only to be restored by Dev-Em. The two boys travel to Earth to escape the Kryptonite Kid, who is a lawman. The delinquents discover they now possess super-powers, but the Kryptonite Kid changes himself into Gold K and remove them permanently. To get even Dev-Em turns him evil as well.

The three boys return to Krypton, where Dev-Em restores Kal-El's conscience. Dev-Em then exiled Kal-El back to the Phantom Zone with Krypto. The Knave of Krypton then turns Jor-El evil and causes him to destroy the planet. Only Dev-Em and Kryptonite Kid escape.

1st printing.
This comic book is in new condition. Comic is complete with cover and all pages attached. This comic has flaws that warrant a Fine grade.
Comic Book will be shipped bagged and boarded!