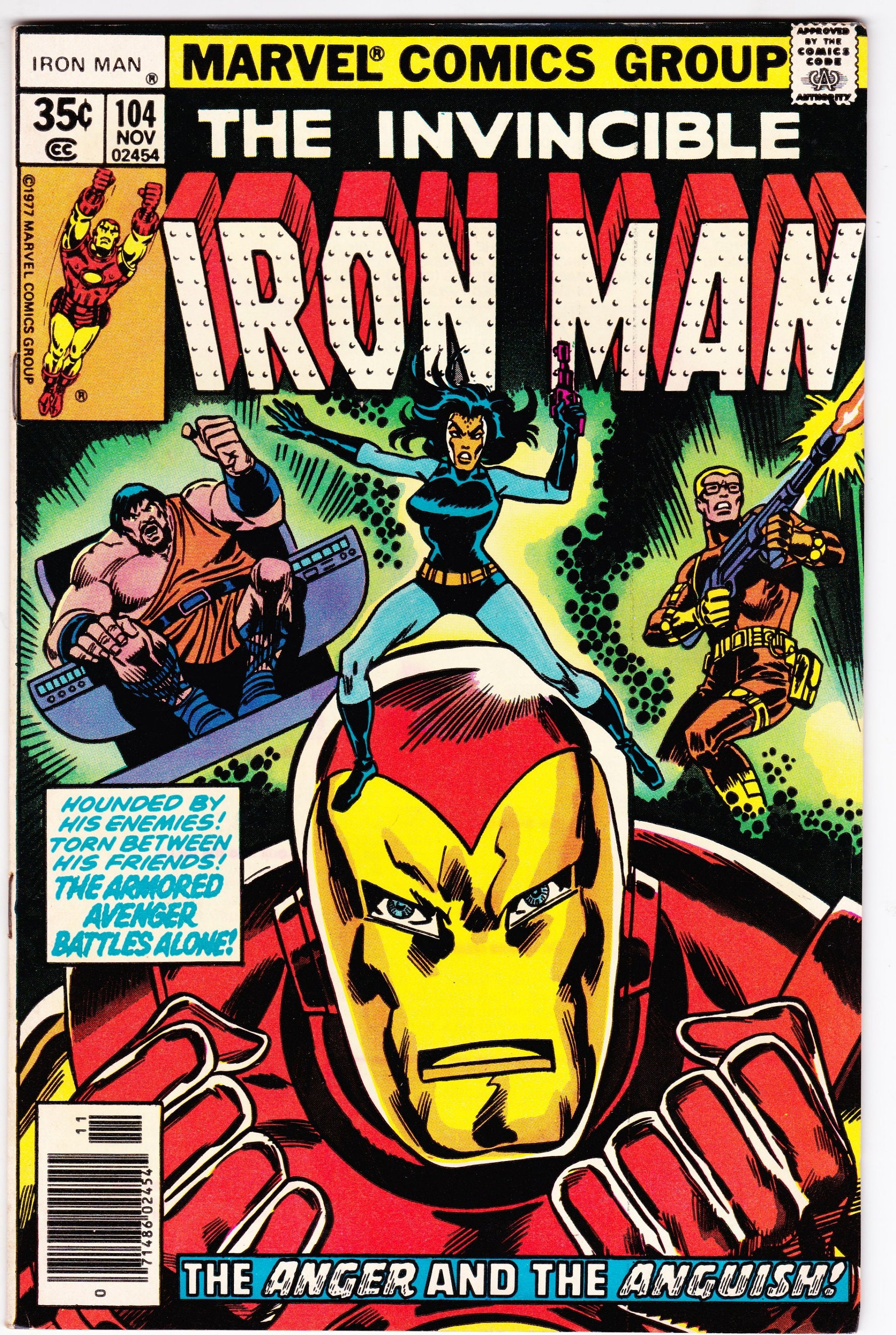 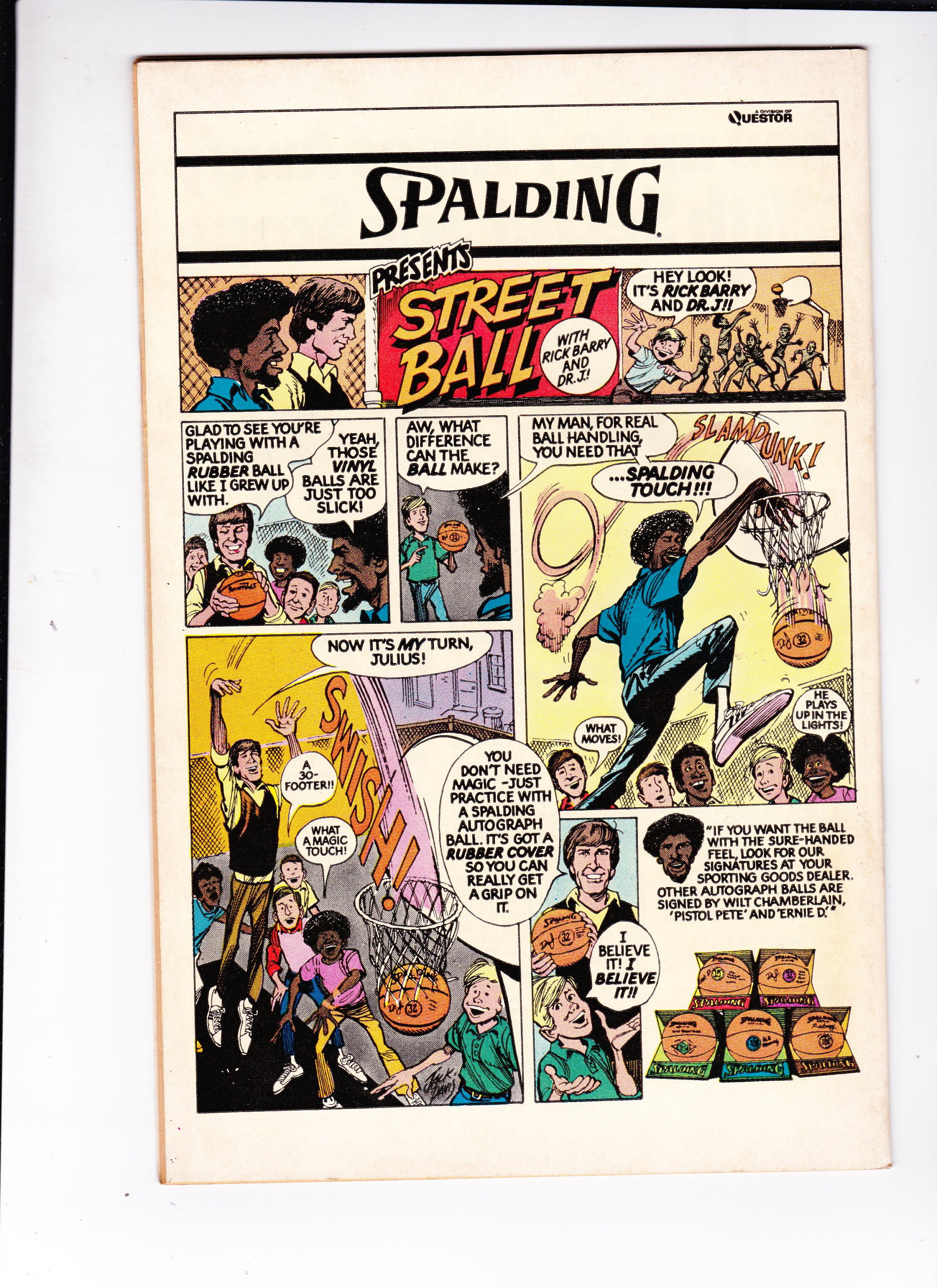 Synopsis for "Triad!" Part 2 of 5:
The golden avenger is reeling after Midas' stunning takeover of Stark International last issue! Fortunately, Tony has the loving arms of Madame Masque to help him regain his bearings! But someone else wants the comforting arms of Whitney Frost too! In a surprising development, SHEILD agent Jasper Sitwell attacks Shell-Head at the Stark family home! But Iron Man doesn't want to waste time with the love-struck agent, he wants to get his company back! Perhaps Madame Masque can sooth the situation! Cameo appearances by Michael O'Brien, Marianne Rodgers, and Jack of Hearts. Flashback cameos by Spymaster and the Minotaur. First 35¢ issue. (Note: This issue contains a full-page ad for Hostess Cupcakes featuring Spider-Man and Mary Jane Watson.) 32 pages.

This comic book is in used condition. Comic is complete with cover and all pages attached. This comic has flaws that warrant a VF grade.
Comic Book will be shipped bagged and boarded.