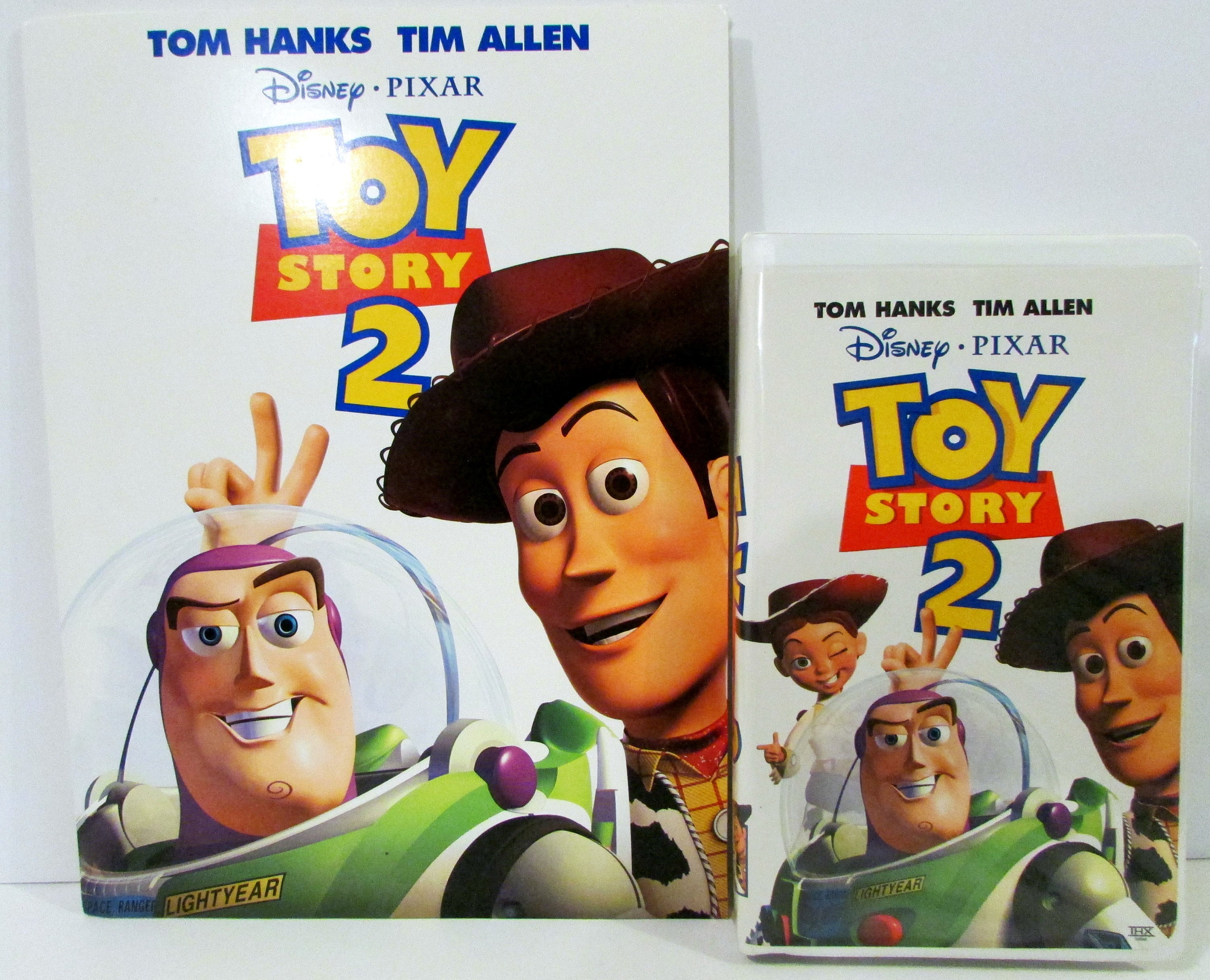 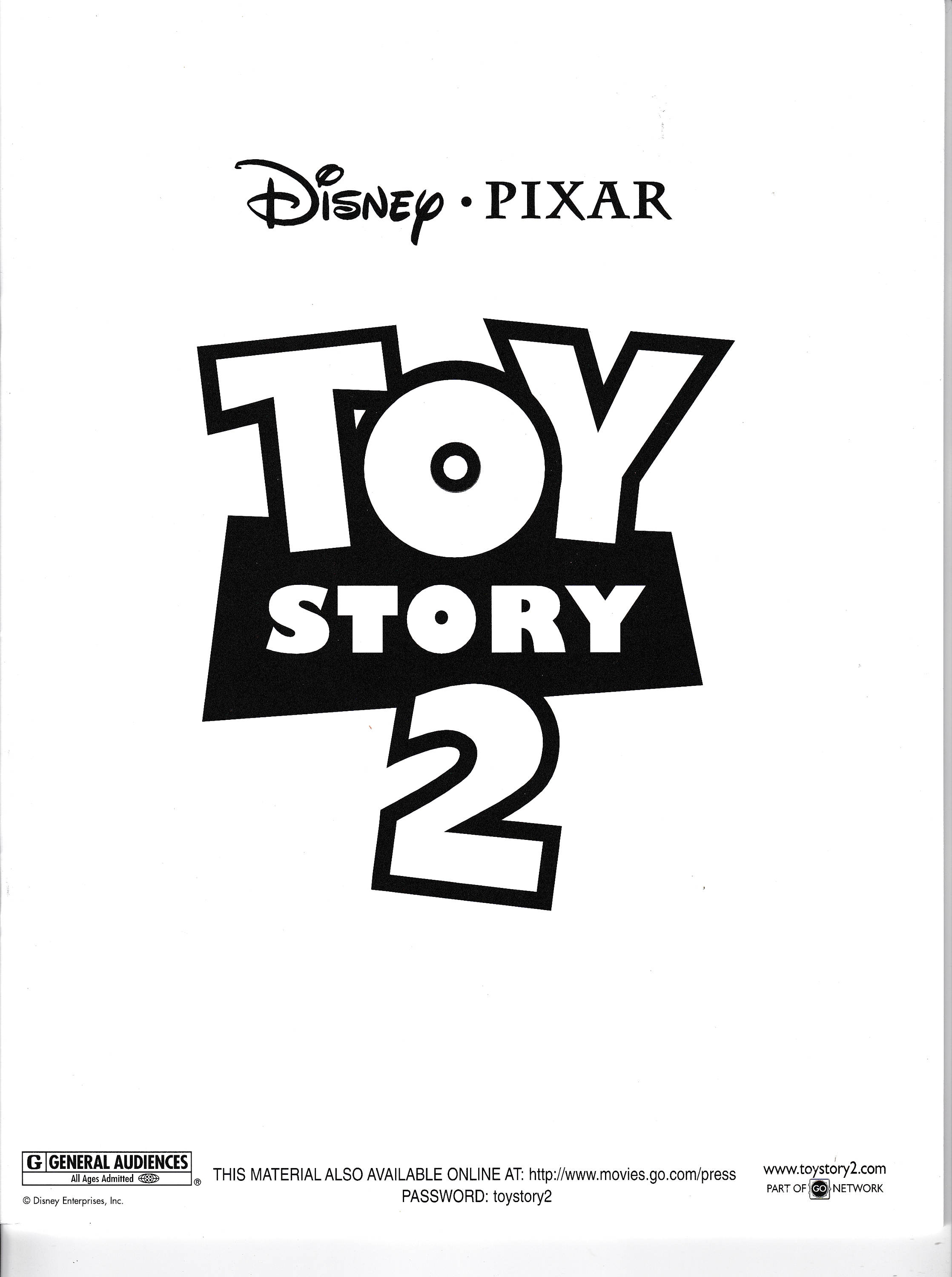 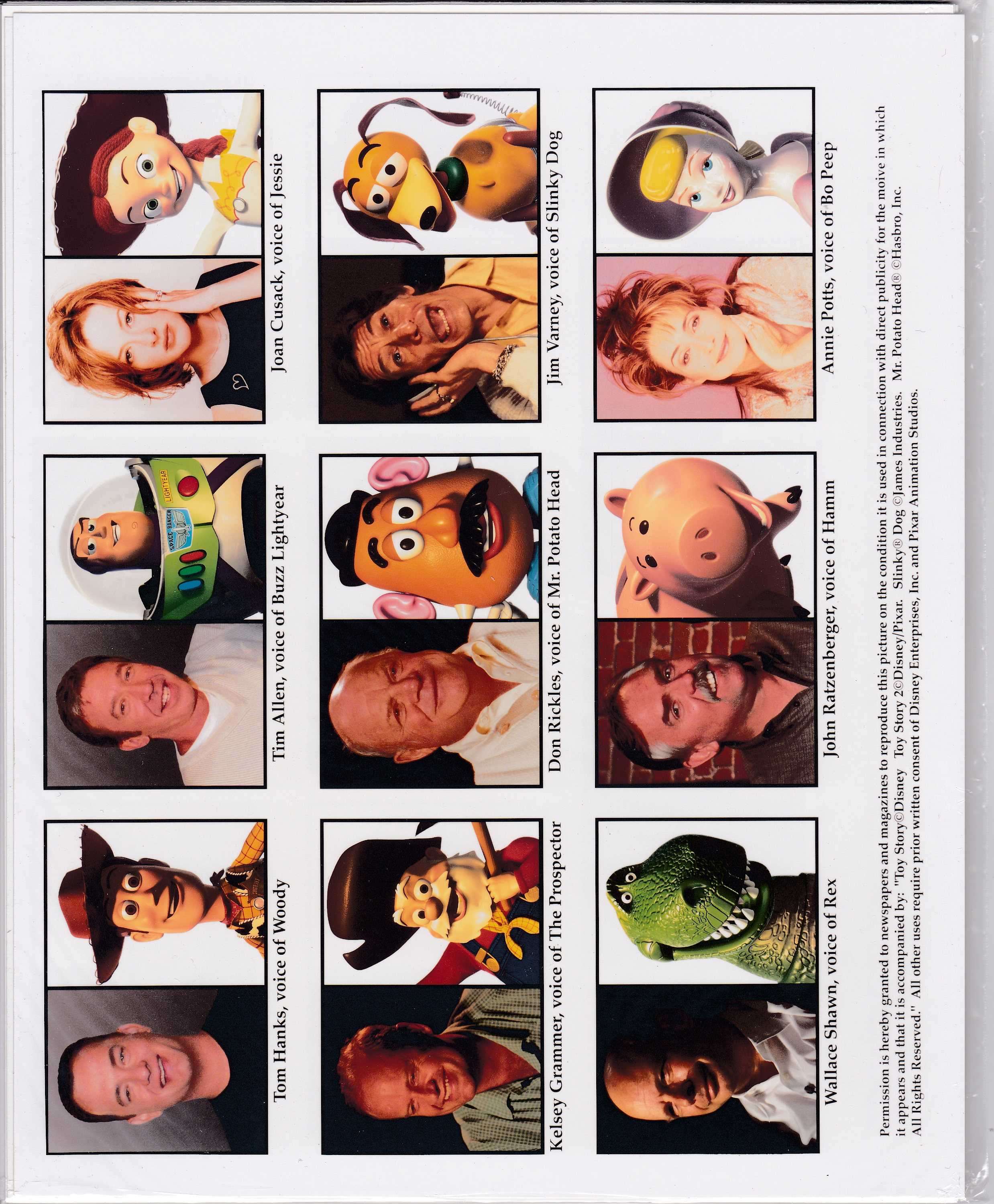 Toy Story 2 Press Kit:
Walt Disney Studios and Pixar Animation Studios officially announced the sequel to a press release on March 12, 1997. This is a collection of promotional materials that Disney issued before the release of "Toy Story 2" in theaters. It consists of eight 8x10 inch black-and-white and color photographs that highlight the celebrity voice actors like Tom Hanks and Tim Allen, as well as the directors and producer John Lasseter. As well as a 42 page book which includes production notes and a bio on the film makers, screenwriters, actors, as well as composers and song writers and full cast credits.

Lasseter's intention with a sequel was to respect the original film and create that world again. The story originated with Lasseter pondering what a toy would find upsetting. Lasseter wondered how a toy would feel if they were not played with by a child or, worse, a child growing out of a toy. Brannon suggested the idea of a yard sale where the collector recognizes Woody as a rare artifact. The concept of Woody as a collectible set came from the draft story of A Tin Toy Christmas, an original half-hour special pitched by Pixar to Disney in 1990. The obsessive toy collector known as Al McWhiggin, who had appeared in a draft of Toy Story but was later expunged, was inserted into the film. Lasseter claimed that Al was inspired by himself.

“The story of Toy Story 2 is based a lot on my own experience. I'm a big toy collector and a lot of them are like antiques, or one-of-a-kind toys, or prototypes the toy makers have given me. Well, I have five sons, and when they were little, and they loved to come to daddy's work, and come in into daddy's office and they just want to touch and play with everything. And I sitting there saying 'Oh no, that's uh, you can't play with that one, oh no play with this one, oh no....' and I found myself just sitting there looking at myself and laughing. Because toys are manufactured, put on this earth, to be played with by a child. That is the core essence of Toy Story. And so I started wondering, what was it like from a toy's point of view to be collected.”