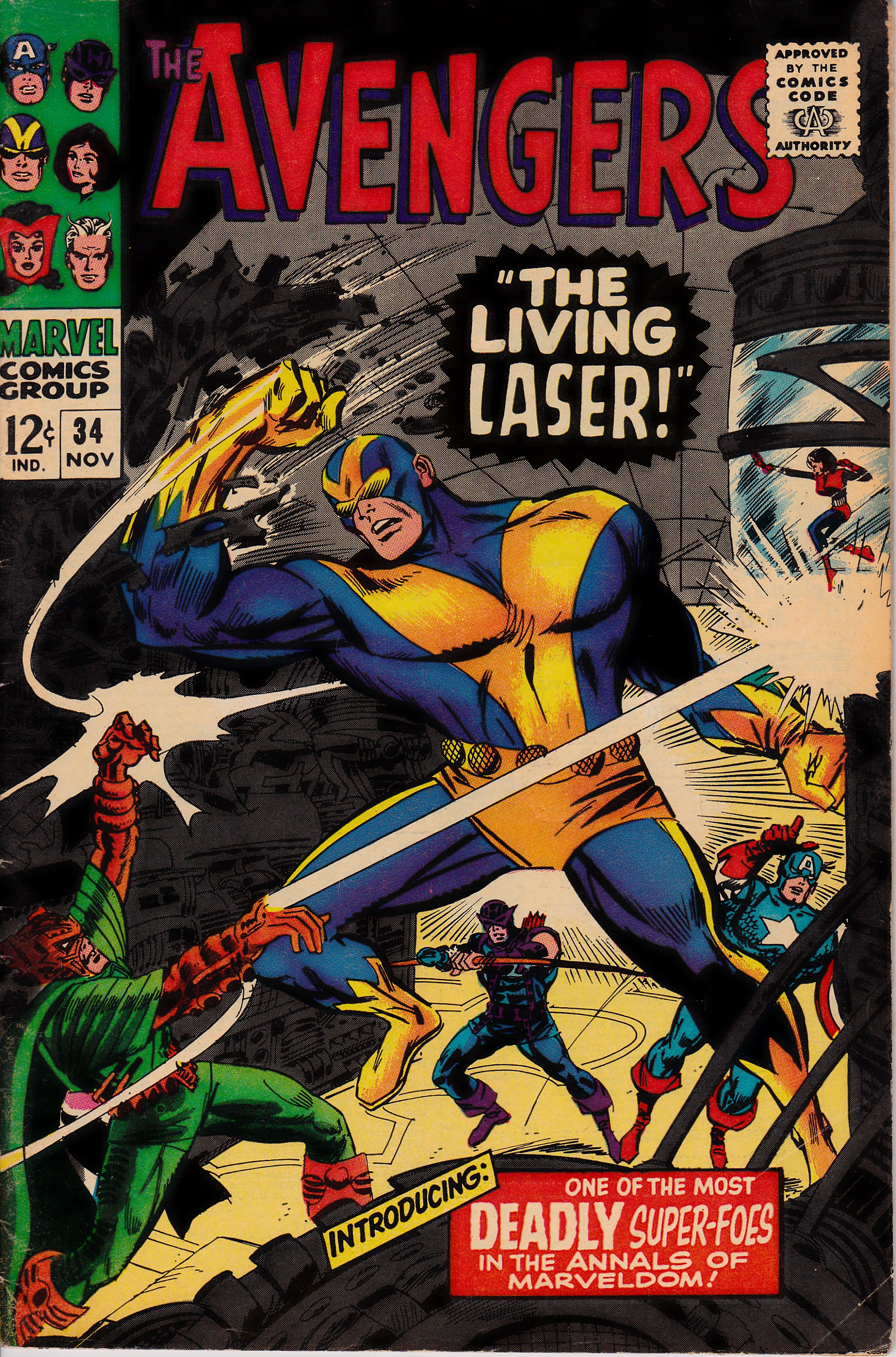 Cover by Don Heck, script by Stan Lee, art by Don Heck; The Living Laser robs a bank, and the Avengers investigate the scene of the crime