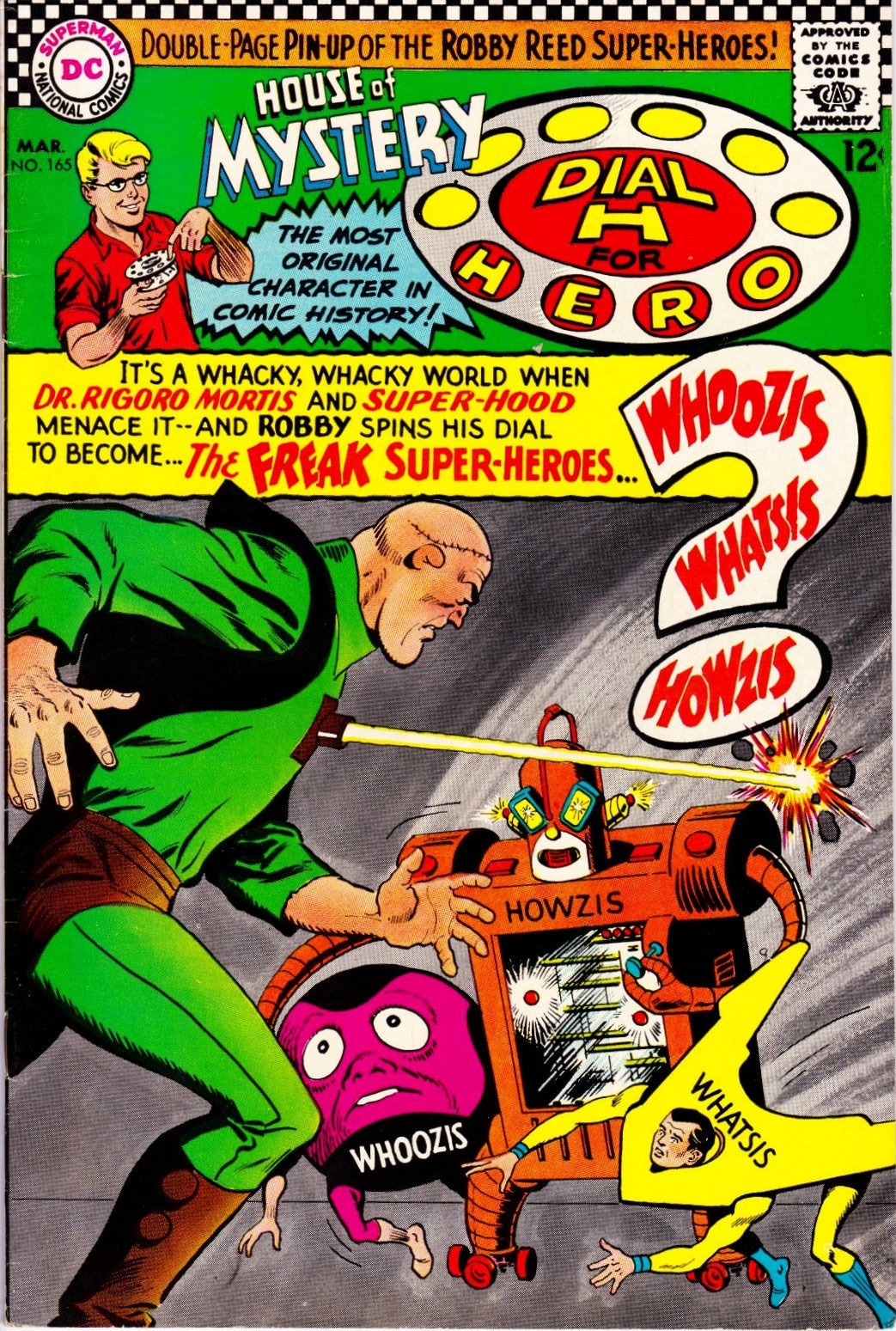 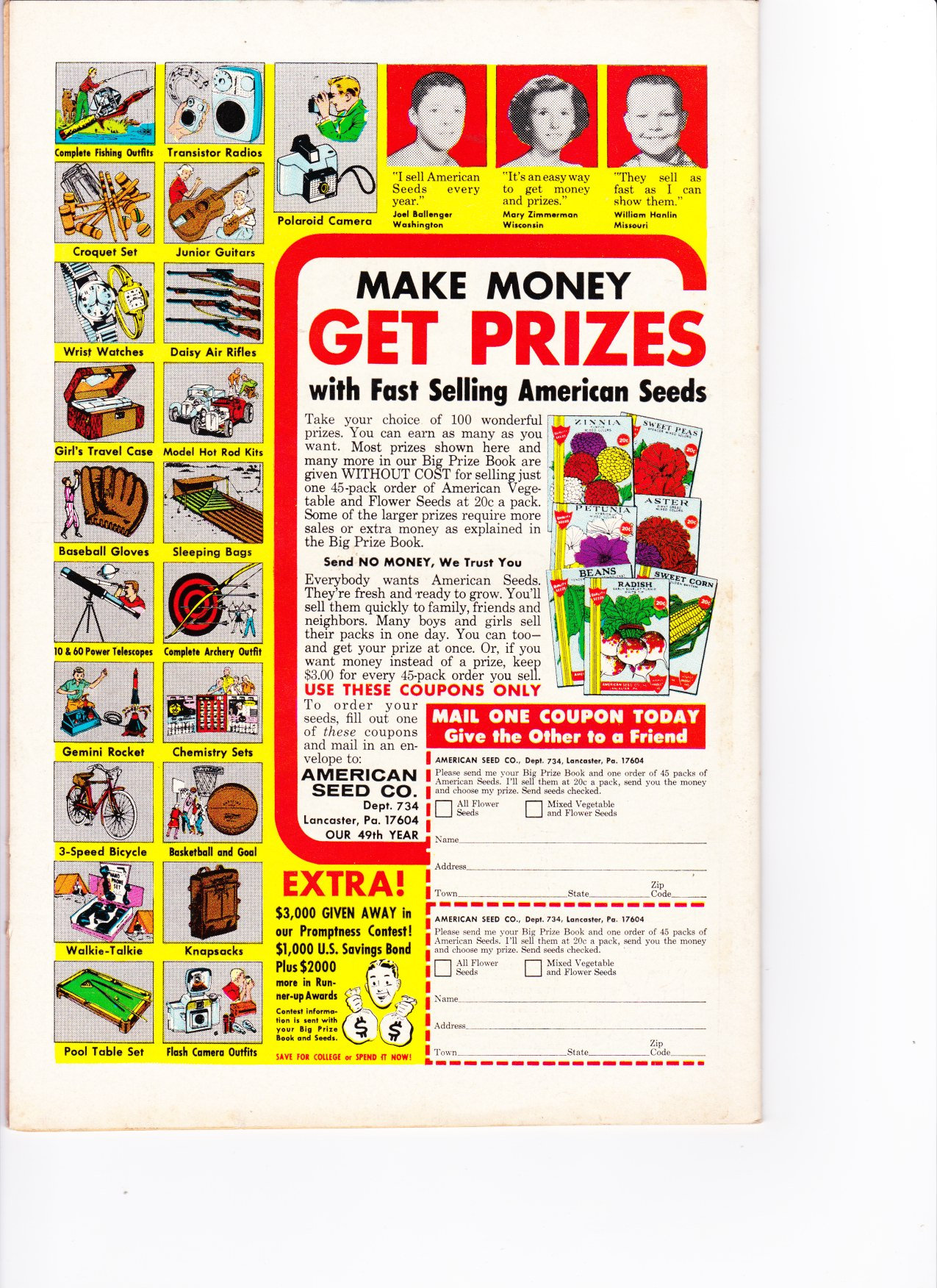 "The Freak Super-Heroes":
featuring Dial H for Hero
Dr. Rigoro Mortis' robot Super-Hood commits several crimes and nearly kills Robby Reed (as hero Whoozis), but Robby defeats him by shrinking him into a harmless toy; He later learns that a freak electrical storm in outer space caused him to change into the weird heroes this time. G. I. Joe ad. Letter to the editor from Irene Vartanoff. Statement of ownership--average print run 326,000; average print run 183,934. Captain Action ad from Ideal Toys. The Boy Who Can Change Into 1,000 Super-Heroes! two-page Dial H for Hero illustration by Jim Mooney. "The Deadly Martian," script by Jack Miller, art by Joe Certa; Professor Hugo escapes jail and uses a radiation ray to keep J'onn J'onzz at bay, but J'onn disguises himself as the professor's next victim and receives the antidote, then captures Professor Hugo. Ads for Aquaman and Supergirl.

1st printing.
Comic Book will be shipped bagged and boarded.
This comic book is in used condition complete with cover and all pages attached it has flaws that warrant a VF/NM grade.