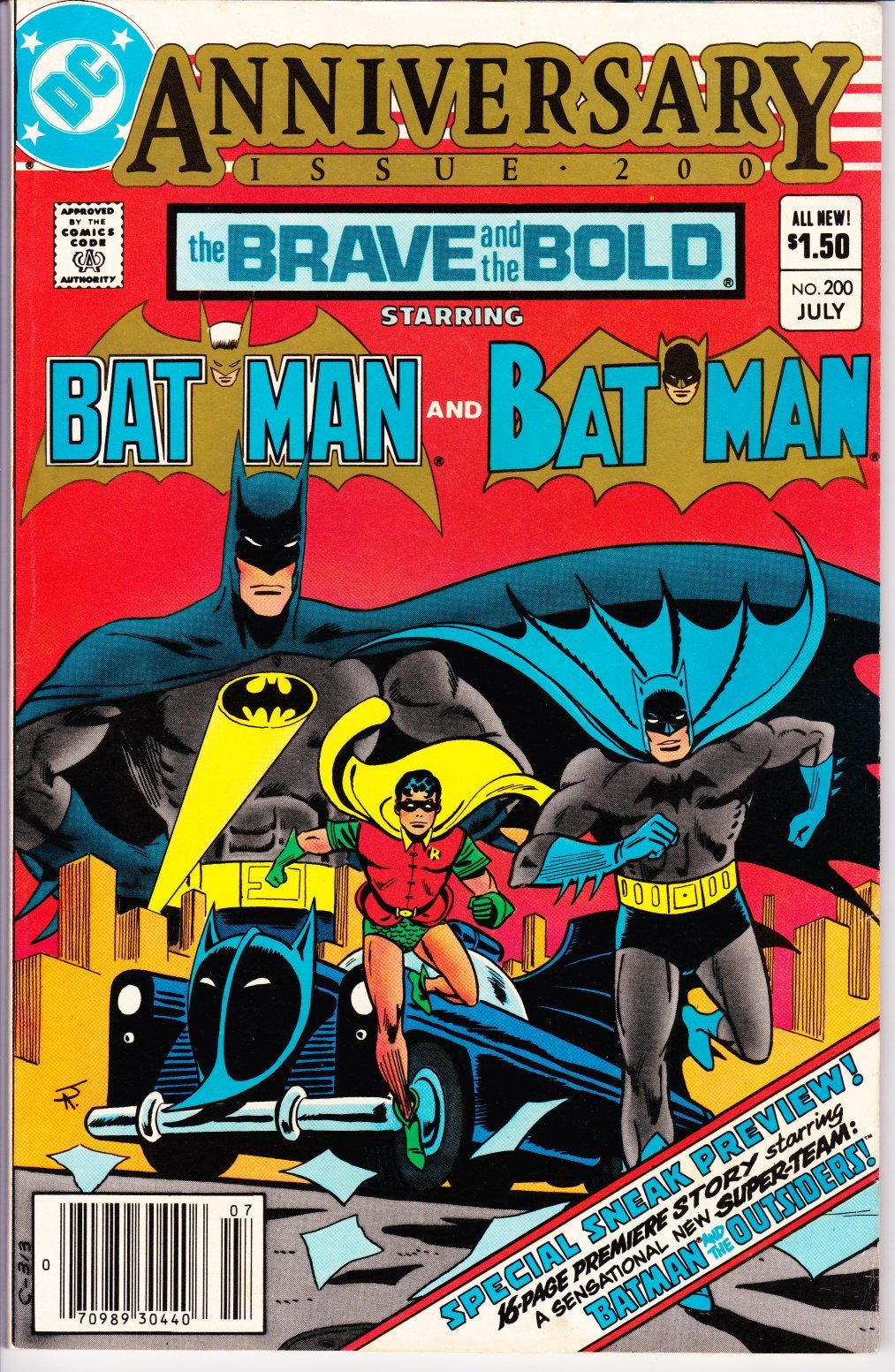 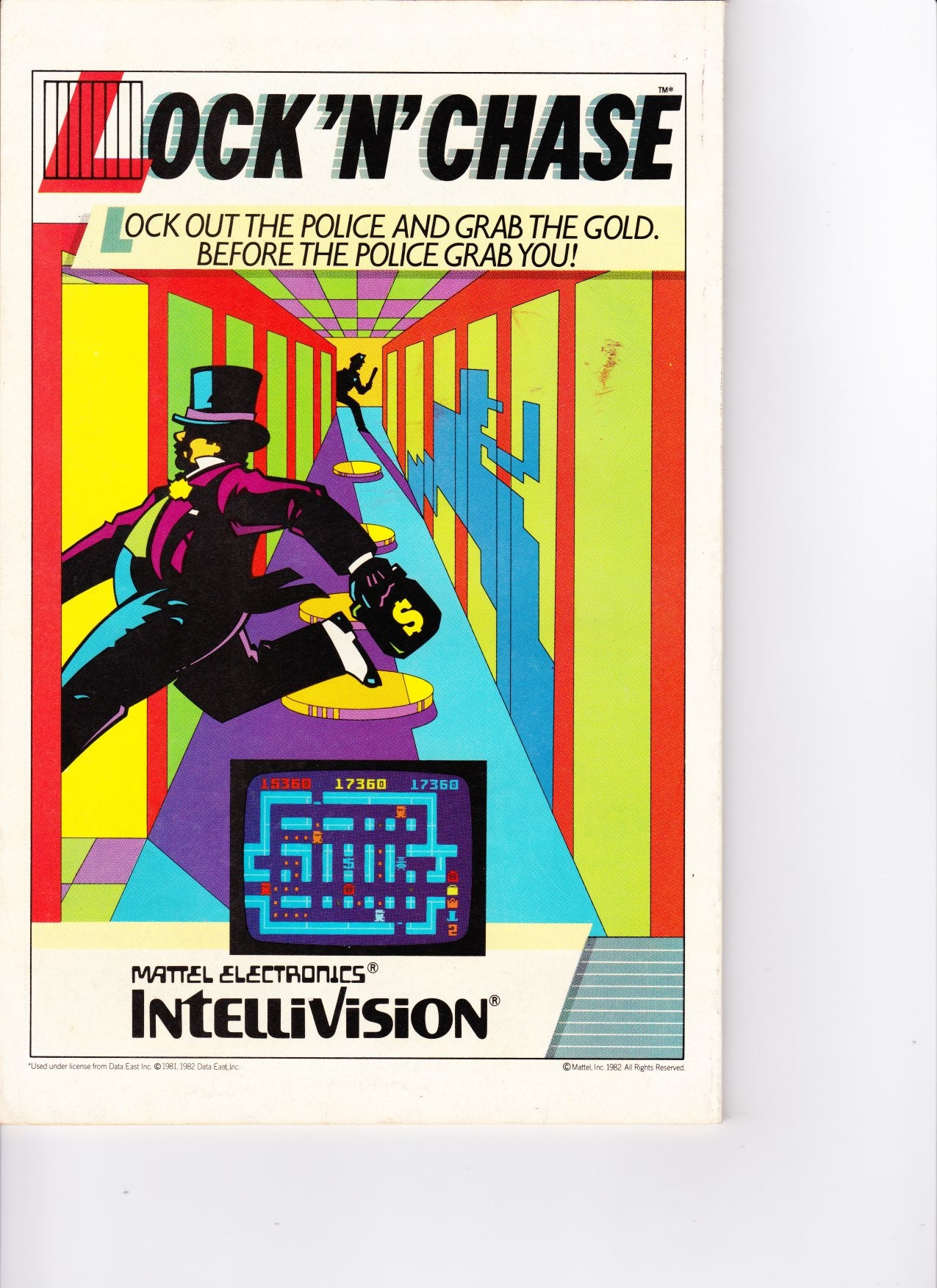 "Smell of Brimstone, Stench of Death!"
Golden Age Batman stars
The story explains how 2 different personas for Brimstone exist: Both aware somehow of each others' existences on a spiritual level; In 1955, on Earth-2, Brimstone's defeated by Batman and sent to prison, but later transfers his 'spiritual' essence to his doppelganger on Earth-1 in 1983 to restart his criminal empire; He learns of a Batman on this world, but is also defeated here by him; When his essence returns to its own body, it is a vegetable by this time, trapping him there for the rest of his natural life, while his 'good' Earth-1 counterpart is unaware of what happened.