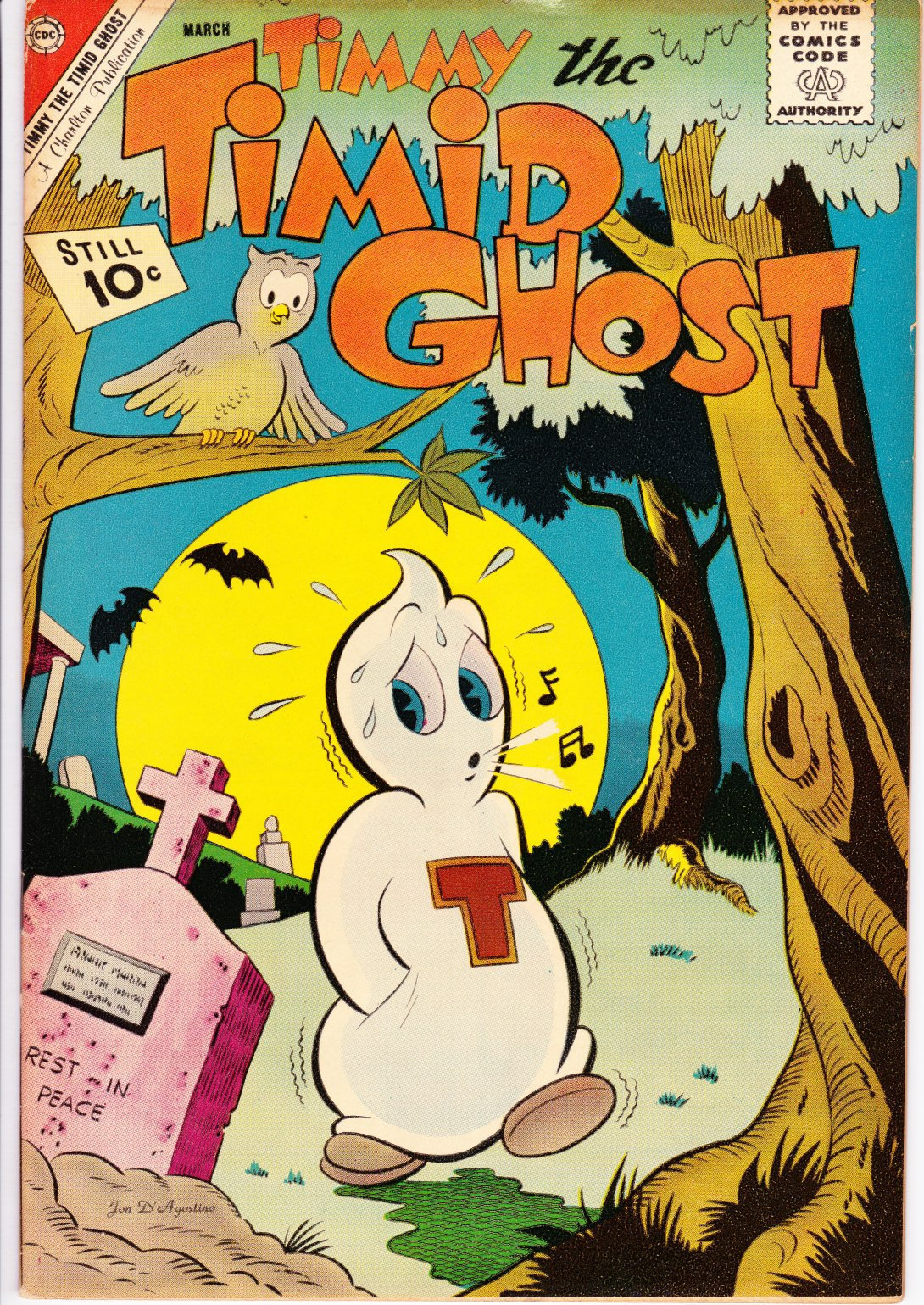 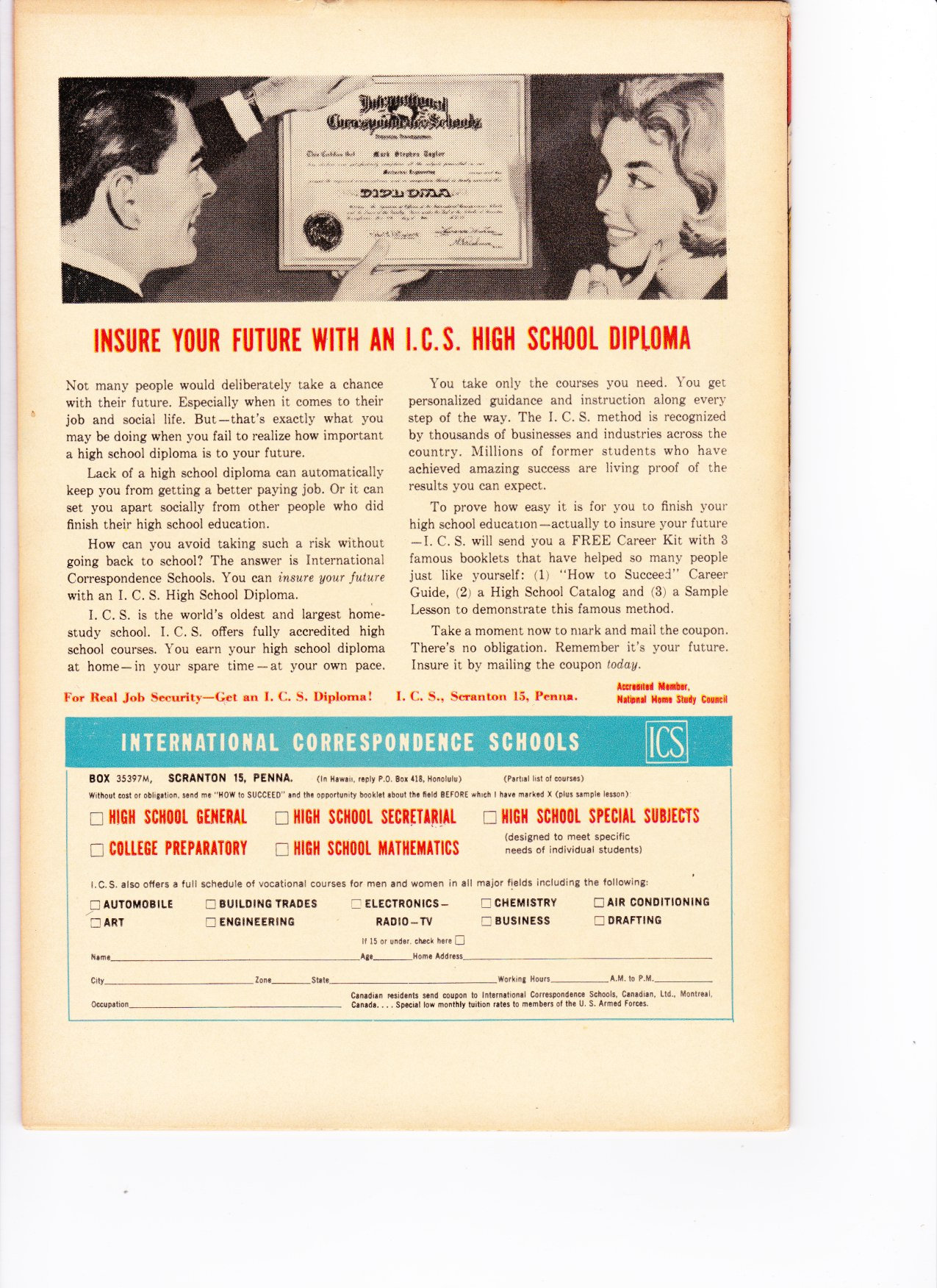 Written and drawn by Al Fago

Timmy's adventures first saw print in February 1956, in Timmy the Timid Ghost #3. (The first two issues of this series might have been Win a Prize, but Charlton's confusing publication practices of the time, combined with little documentation, make the connection problematic.) Timmy the Timid Ghost ran for forty-five issues until September 1966. After a hiatus it returned in 1967, and was published until 1971. In 1985 Timmy the Timid Ghost returned for a brief three issue run. Issues #24-26 (the numbering system was continued from the last publication date) were reprints of previously published stories. This final series ceased publication when Charlton was forced to declare bankruptcy and subsequently went out of business.

1st Printing.
This comic book is in used condition with cover and all pages attached with issues that warrant a grade of Fine.
Will come bagged and boarded.