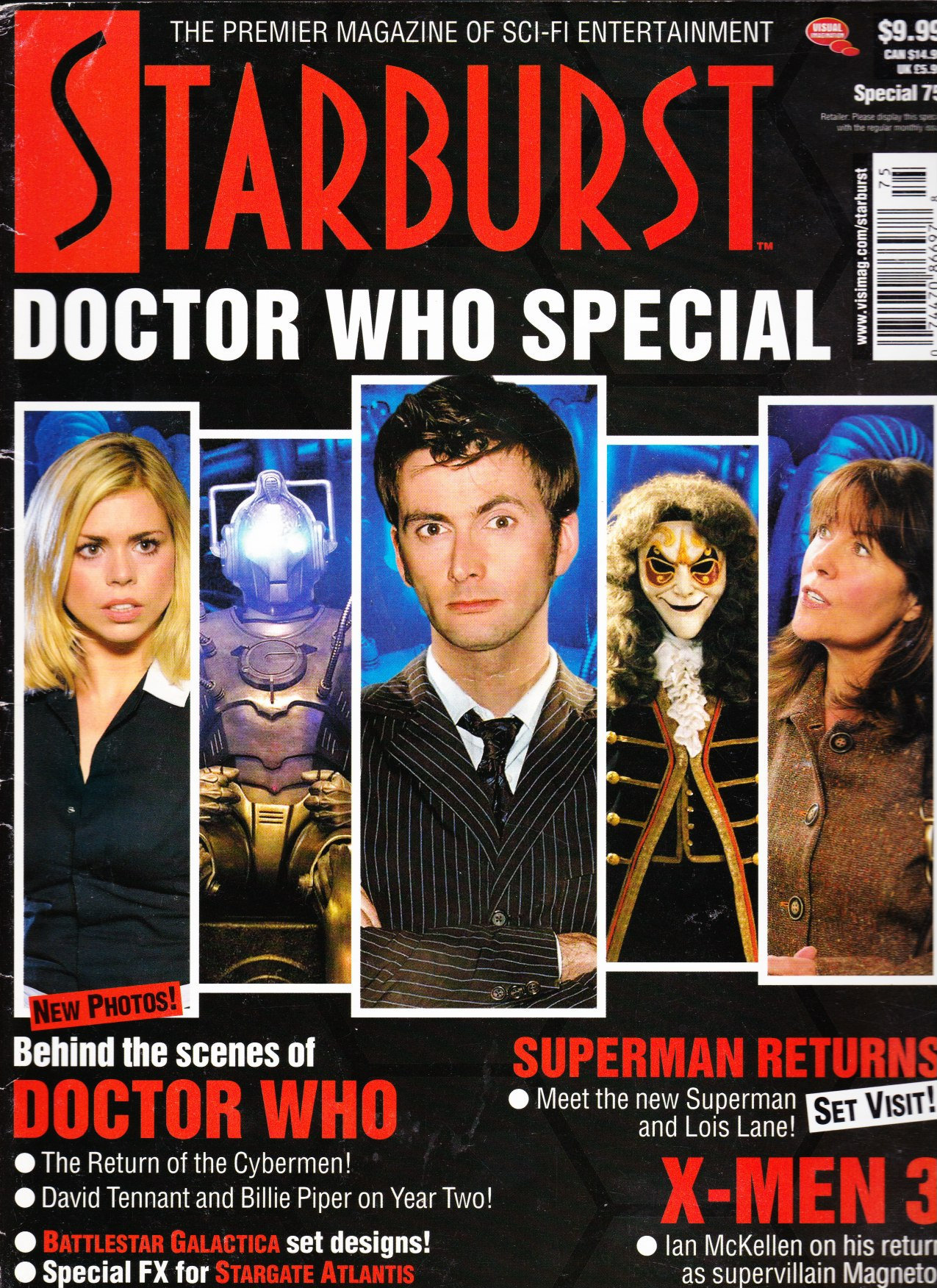 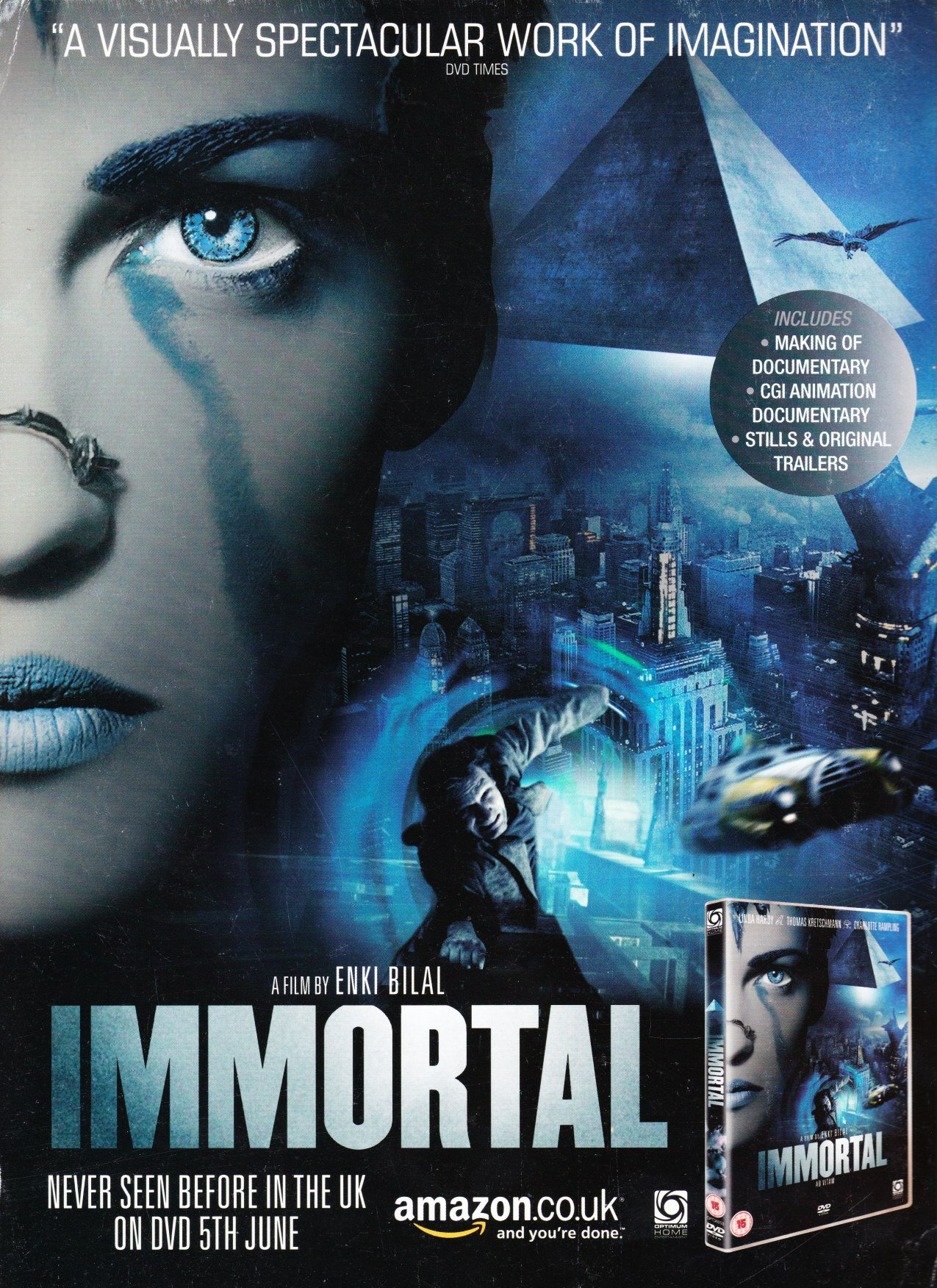 The Doctor and Rose have been companions for over a year, but although the Time Lord may have changed, the show remains the same, as David Tennant and Billie Piper explain.
You can tell when two actors get along. There’s a definite ease between them, a shorthard, and a repartee that sparks like electricity.

David Tennant and Billie Piper have become great mates. Meeting the press in Cardiff to promote the second season of Doctor Who, just days before the end of the marathon nine-month filming block, they’re demob happy, looking forward to getting back to their normal lives. But whether or not Piper returns for Season Three, you get the feeling that they’ll miss each other over the coming months.

“We’ve had a really good laugh,” says Tennant. “But it’s very difficult. Her flatulence is a big problem.” ”It really is!” laughs Piper. “Fortunately we get along, and we need to, because it’s long months, it’s quite intense and we’re shooting 13-hour days. I feel like I’ve made a friend for life.”

t the time of writing, two episodes of the new season have aired. Include the Christmas Special, and that’s just three hours on TV as the Doctor: Tennant should feel like the new guy, but he doesn’t. Doctor Who is his show and it almost feels like he’s been in the role for years. But what was it like coming in for that first day of filming for The Christmas Invasion, for the dramatic closing scenes with Harriet Jones (Penelope Wilton)?

“When I finished my first day of filming I remember going home to collapse because of the amount of nervous energy that had been building up in the months previous to getting going. I suppose it could have been awful but I’ve been so welcomed by this extraordinary crew.”

”It’s been quite plain sailing for you!” notes Piper. “It really has!” he agrees.

Tennant got the thumbs up – actually something like 10 million thumbs up – for his début turn at Christmas. His mum and dad back home in Paisley must have been very proud…

“They’re West of Scotland Presbyterian parents,” he reveals, “they tell everyone else what they think. I don’t hear!

“They came down and visited the set actually. We had a read-through for episode two, and a couple of the actors couldn’t make it. Because it’s set in Scotland they were delighted to be asked to read in. My Mum played Lady Isobel and my Dad played Captain Reynolds and they were in seventh heaven. They were genuinely cheesed off when they didn’t get asked to play the parts for real!”

In Season One, fronted by Christopher Eccleston, Doctor Who promised ‘The trip of a lifetime’. That trip continues with the promise ‘You think you’ve seen it all?’ – an assurance that Davies has been striving for some new twists in the format. For example, who could have foreseen that in Cassandra’s return in New Earth that the plastic-surgery addicted villain would abandon her own skin-thin body to inhabit the chav form of Rose?

“I loved played the posh bad girl,” beams Piper. “It was really fun. I was quite nervous because it was quite a departure from Rose and it was the first time in Doctor Who I’d played quite a lot of comedy. But I was also very exciting, and I think it works OK. I like it. I think it’s fun. Russell has given me some good gags in this series!”