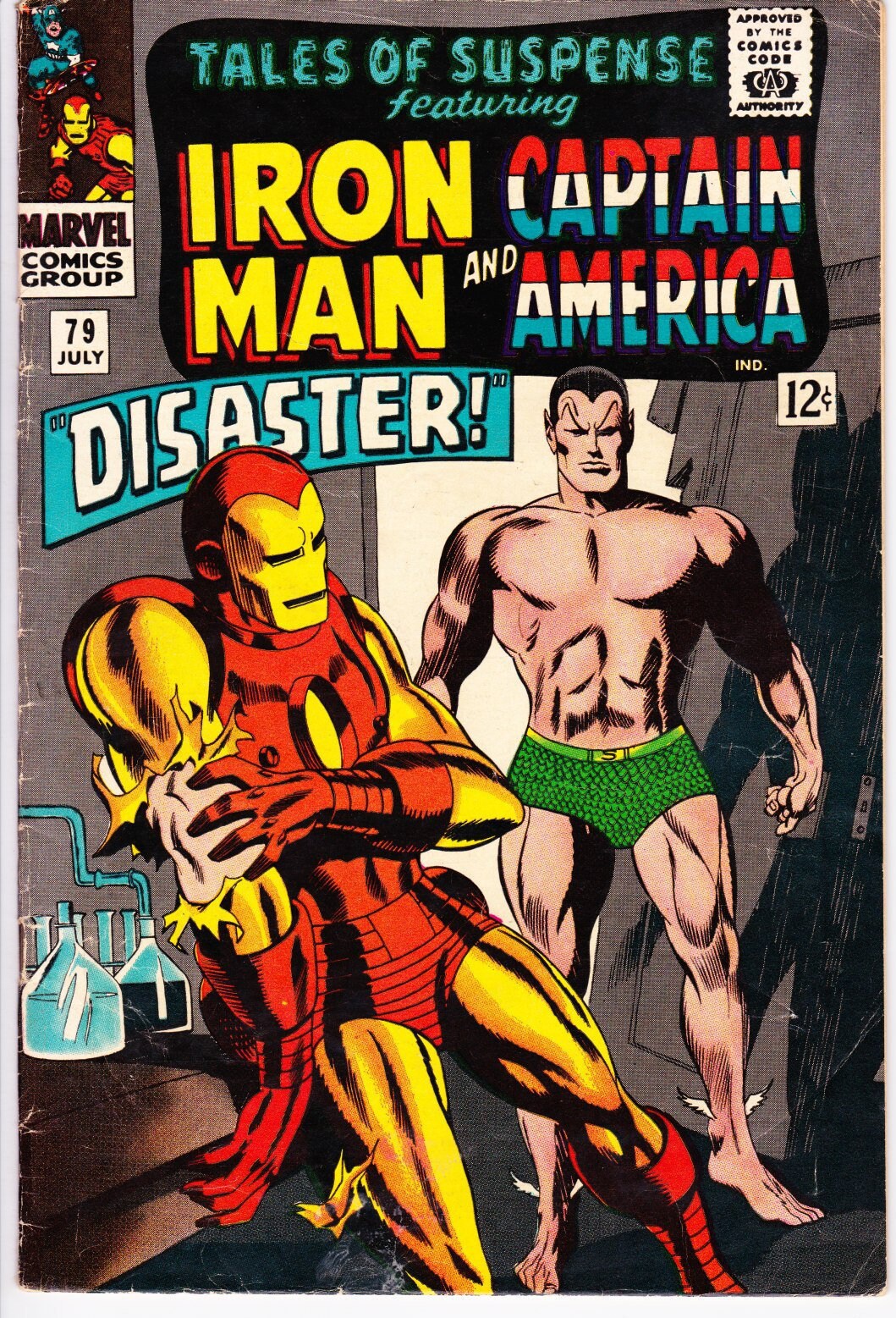 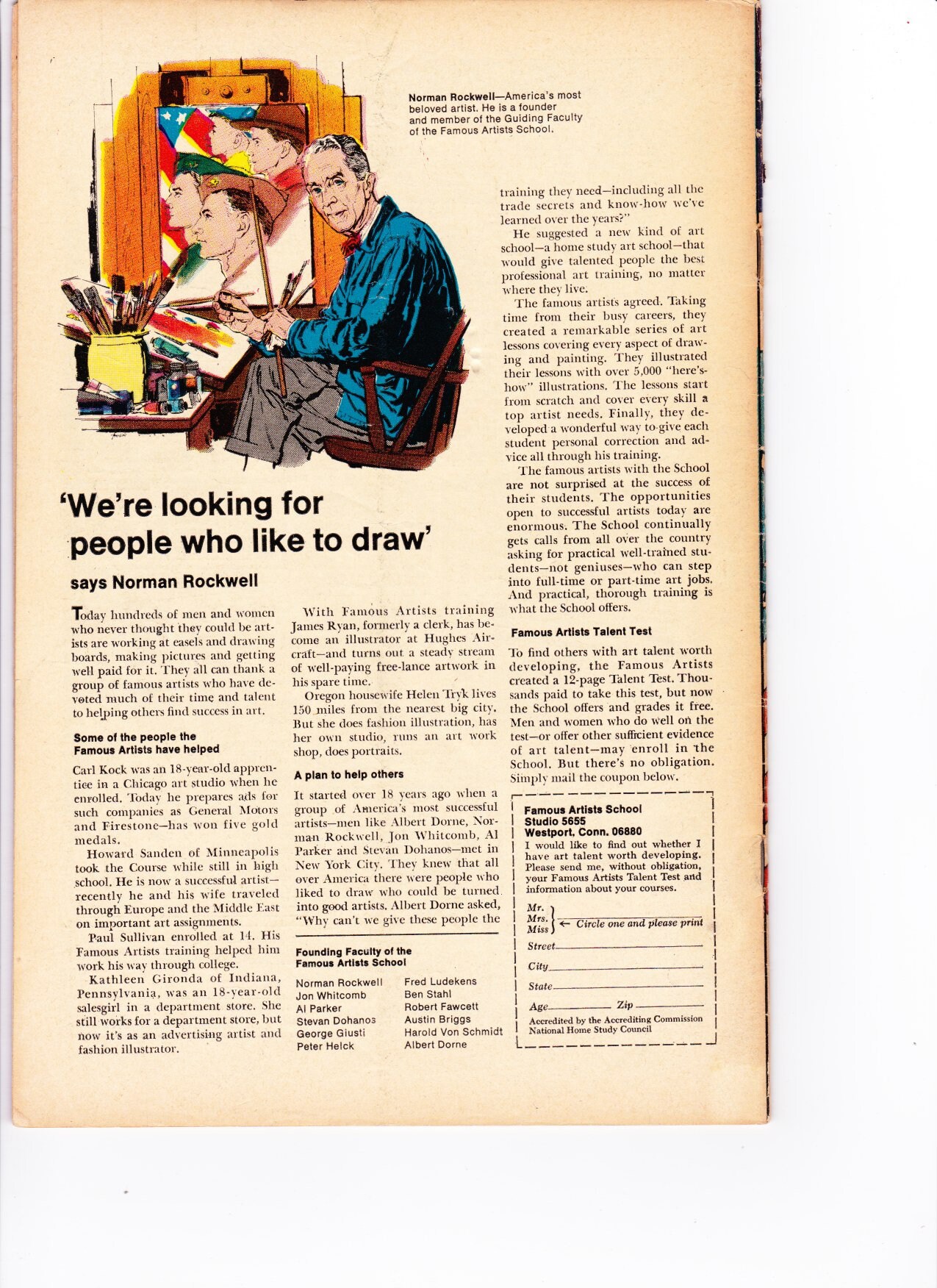 "Disaster!":
On returning from the Orient, Tony Stark finds his money has been impounded, his factories shut down, and there's a warrant out for his arrest--all for failing to appear before Senator Byrd's Congressional committee; Weak and low on power, he goes to Pepper's apartment, but she's not home; In a stairwell, he dons his suit of armor and does an emergency charge; After having no better luck at Avengers HQ or Happy's apartment, he strolls down to the waterfront to think; But from the waters rises Warlord Krang's flagship; guest appearances by Sub-Mariner and Dorma. 1st modern-day appearance of The Red Skull, and the introduction of the Cosmic Cube in "The Red Skull Lives!", script by Stan Lee and Jack Kirby (co-plot), pencils by Jack Kirby, inks by Frank Giacoia; Captain America battles a squad of costumed assassins attacking a power station in the heart of NYC - but nobody else can see them; Red Skull plans to frame Cap for murder.