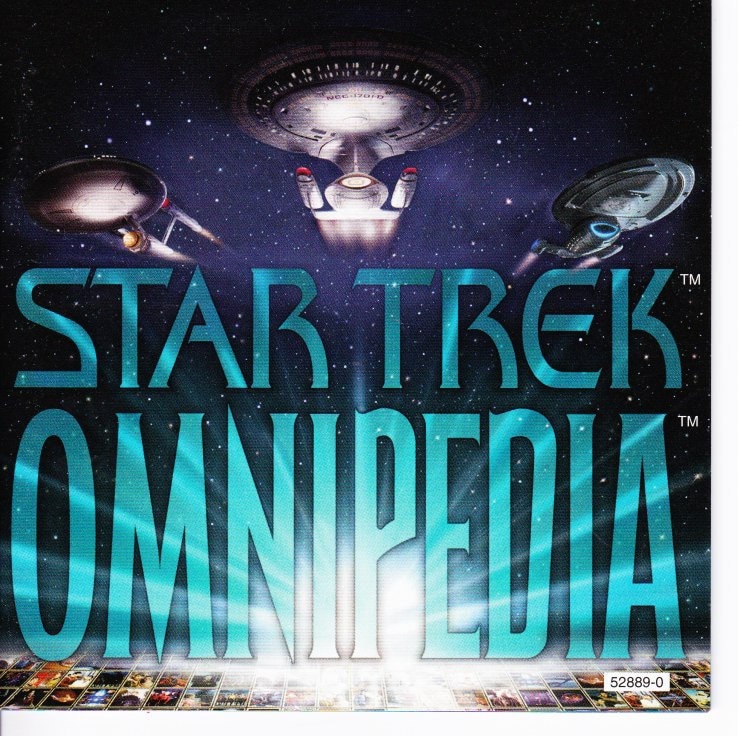 A comprehensive electronic database to the Star Trek® universe, with photos, video, graphics, text and audio that mingle in thousands of indexed entries, cross-referenced from the first three Trek series and the first six Trek movies. Based on the print publications The Star Trek Encyclopedia and Star Trek Chronology, this is a multimedia tour of all the episodes, characters, actors, history, technology, and more. It's voice-activated (if your computer's equipped for that), and narrated by Mark Lenard (Spock's father Sarek). And if that's not enough, it will be updated on a regular basis – all registered users of the Omnipedia will receive the first update free, and thereafter will be notified of all new installments and supplementary material as it becomes available. That way, the Omnipedia need never be out-of-date.

The software allows the user to call up commands to the computer with the use of a microphone. An extensive training program is required before use, so that the computer will recognize the user's voice. For added authenticity, the user can address the "Computer" and it will reply with a beep before proceeding with the request.

Majel Barrett provides the voice of the computer and Mark Lenard narrates several featured topics illustrated with diagrams and imagery. These include biographies of James T. Kirk and Jean-Luc Picard, Star Trek production history, The history of the Enterprise and the history of the future.