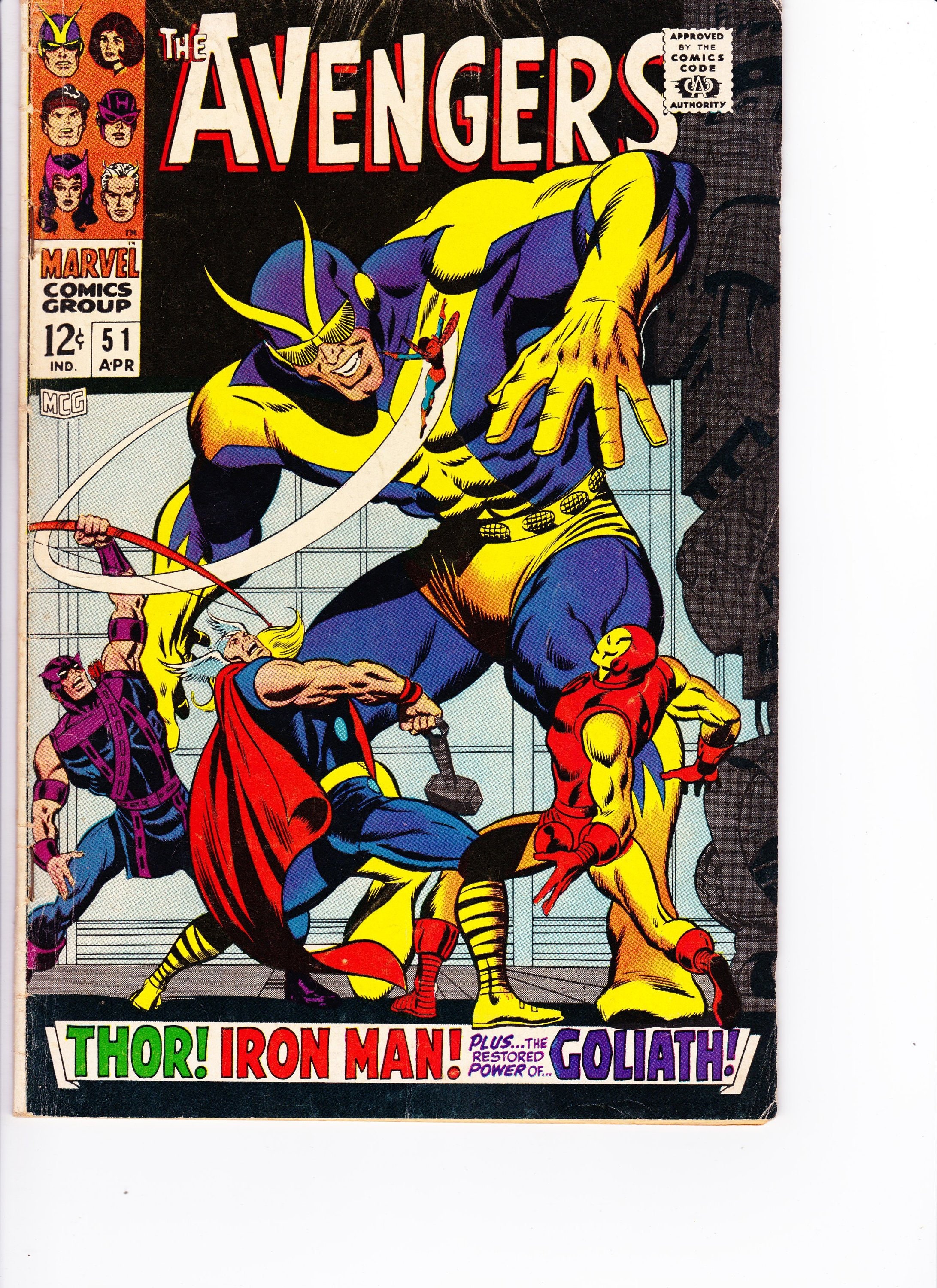 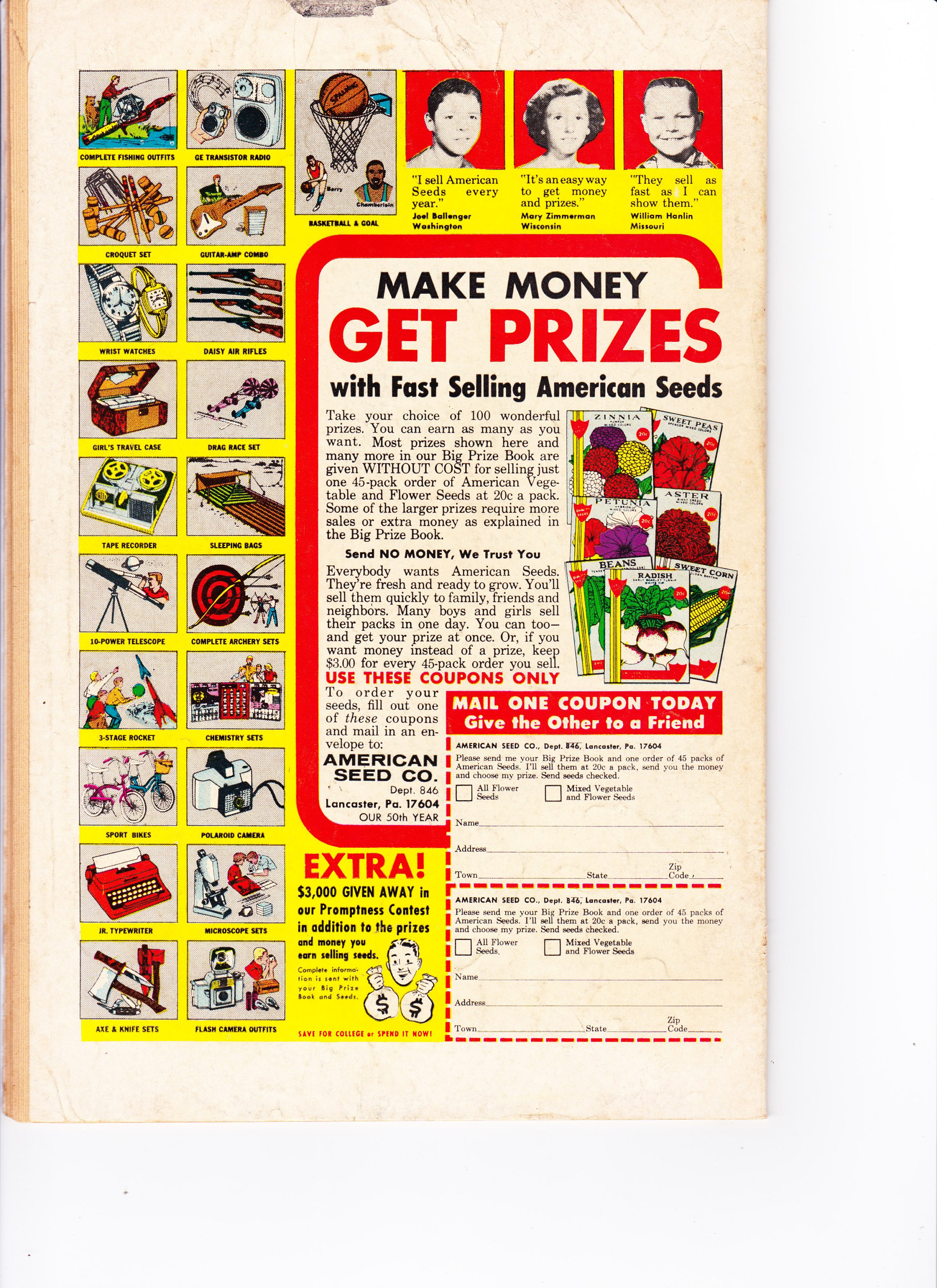 "In the Clutches of the Collector!":
Goliath tries again to cure his size-changing powers using high charges of electricity and is almost killed in the process, but is saved by the Wasp when the off switch stops working; Goliath, Hawkeye and the Wasp are kidnapped by the Collector... and Thor!; The Collector previously made Thor drink a potion of obedience; The Collector tries to make Goliath regain his huge size for his collection by having Thor create a thunderstorm, but Goliath's condition doesn't change; To further his collection he looks at Captain America with the Cosmic Viewer, but he is on a mission, far away; He considers the Hulk, but he is in Asgard; He then spots Iron Man and a battle ensues, where Iron Man almost dies; However, the rest of the Avengers are rescued by the Wasp, who has managed to grow again. Avengers roll call: Hawkeye, Goliath, and the Wasp. Letters to the editor from comics writers Doug Moench and Tony Isabella.

1st printing.
This comic book is in used condition. Comic is complete with cover and all pages attached. This comic has a few flaws that warrant a Fine grade.
Comic Book will be shipped bagged and boarded.