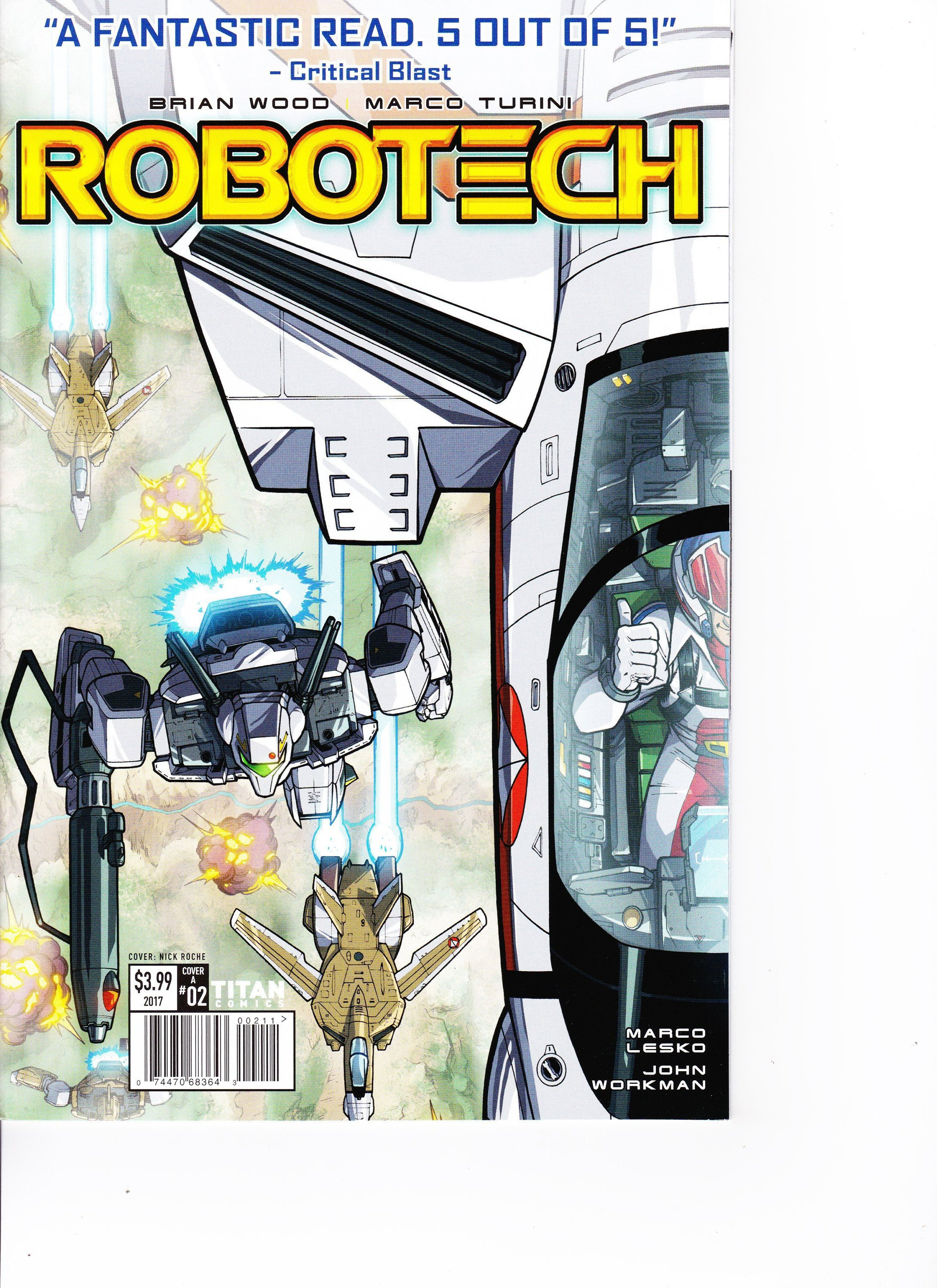 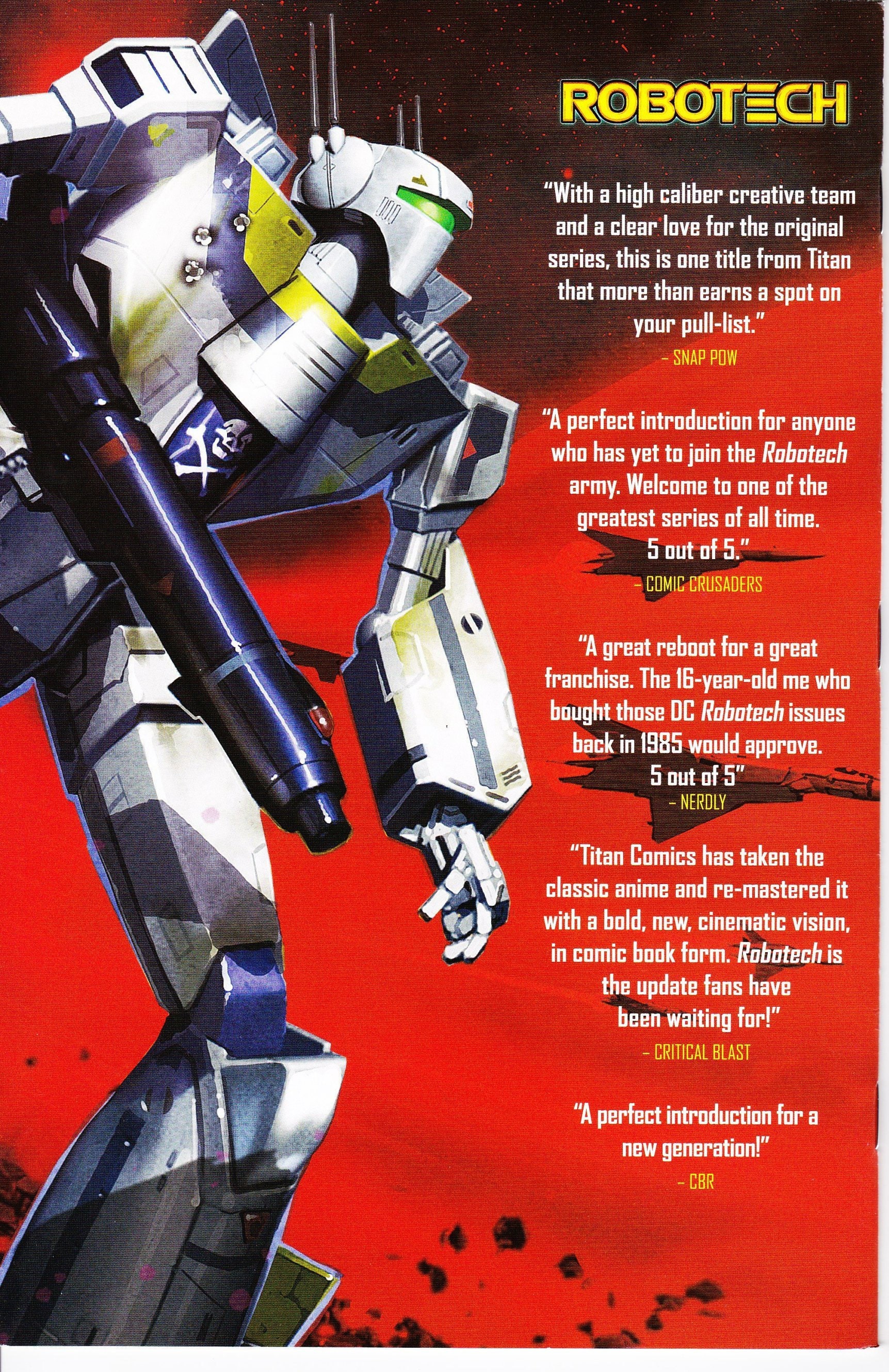 In the year 1999, an alien battle fortress crash lands on an island in the South Pacific. Over the next ten years, mankind repairs and refits this fortress, using the advanced "robotechnology" found aboard her to create fighter planes that can transform into giant robots. As soon as the repaired fortress is ready for launch, the aliens to whom she belongs finally discover its location. Thus begins a series of wars that will devastate the planet Earth. This television series was created by Carl Macek from three Japanese television series, Super Dimensional Fortress Macross, Super Dimensional Cavalry Southern Cross and Genesis Climber Mospeada.