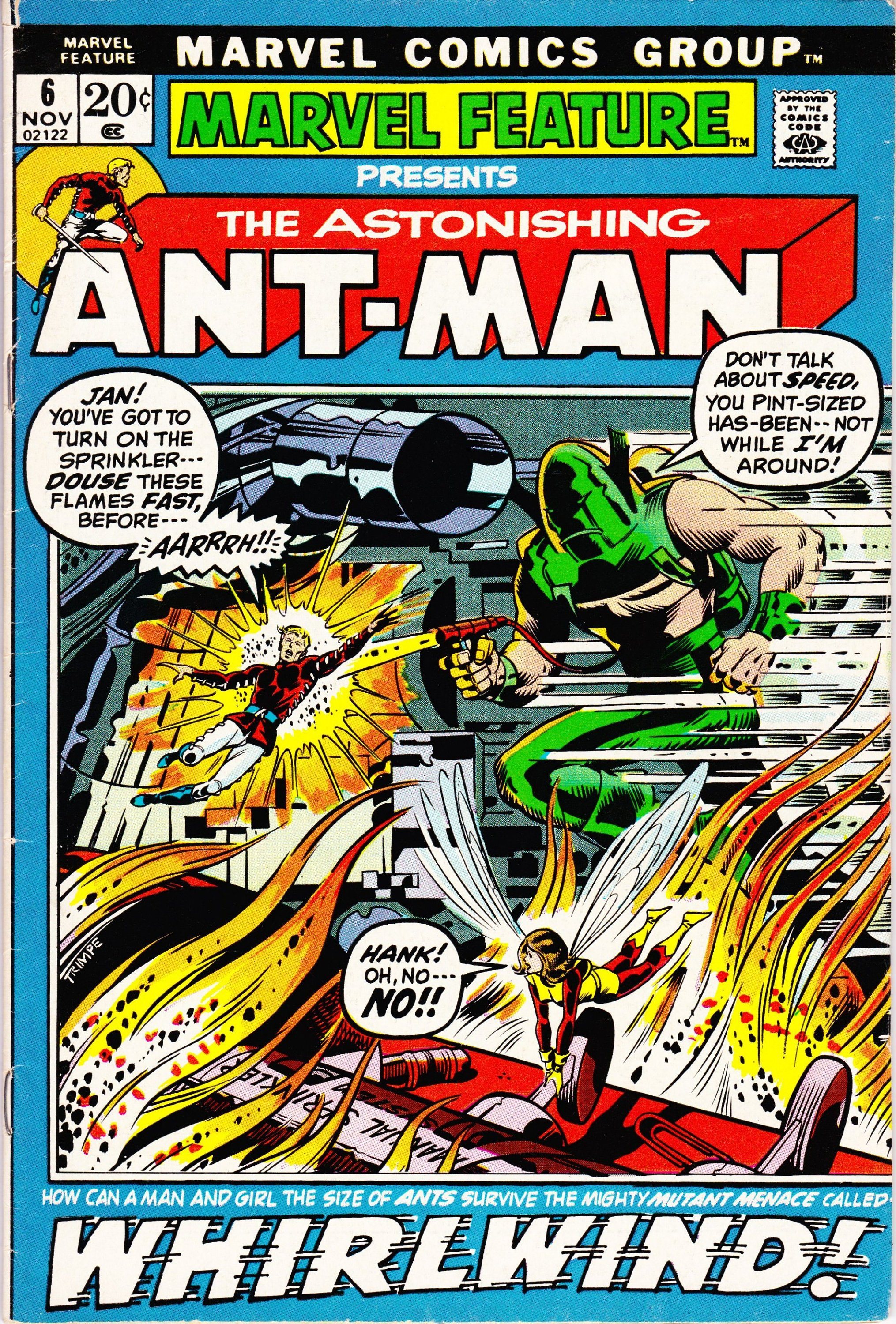 "Hellstorm!":
Guest-starring Ant-Man and the Wasp
Hank Pym finally makes it back home! And just in time to discover his wife passed out on the floor! What happened to Janet? Unfortunately, there's not much time for answers once the Whirlwind attacks! Ant-Man and the Wasp successfully repel the mutant speedster twice, but during the second encounter their house catches on fire! With both tiny avengers still stuck at miniature size, the battle to escape their burning home becomes more dangerous than fighting the Whirlwind! Will Hank and Janet reach safety before everything goes up in flames?
Notes: The Whirlwind previously appeared in Avengers 83. The letters page includes a letter from comics writer Mike Barr.

1st printing.
Comic Book will be shipped bagged and boarded.
This comic book is in new condition complete with cover and all pages attached it has flaws that warrant a F/VF grade.