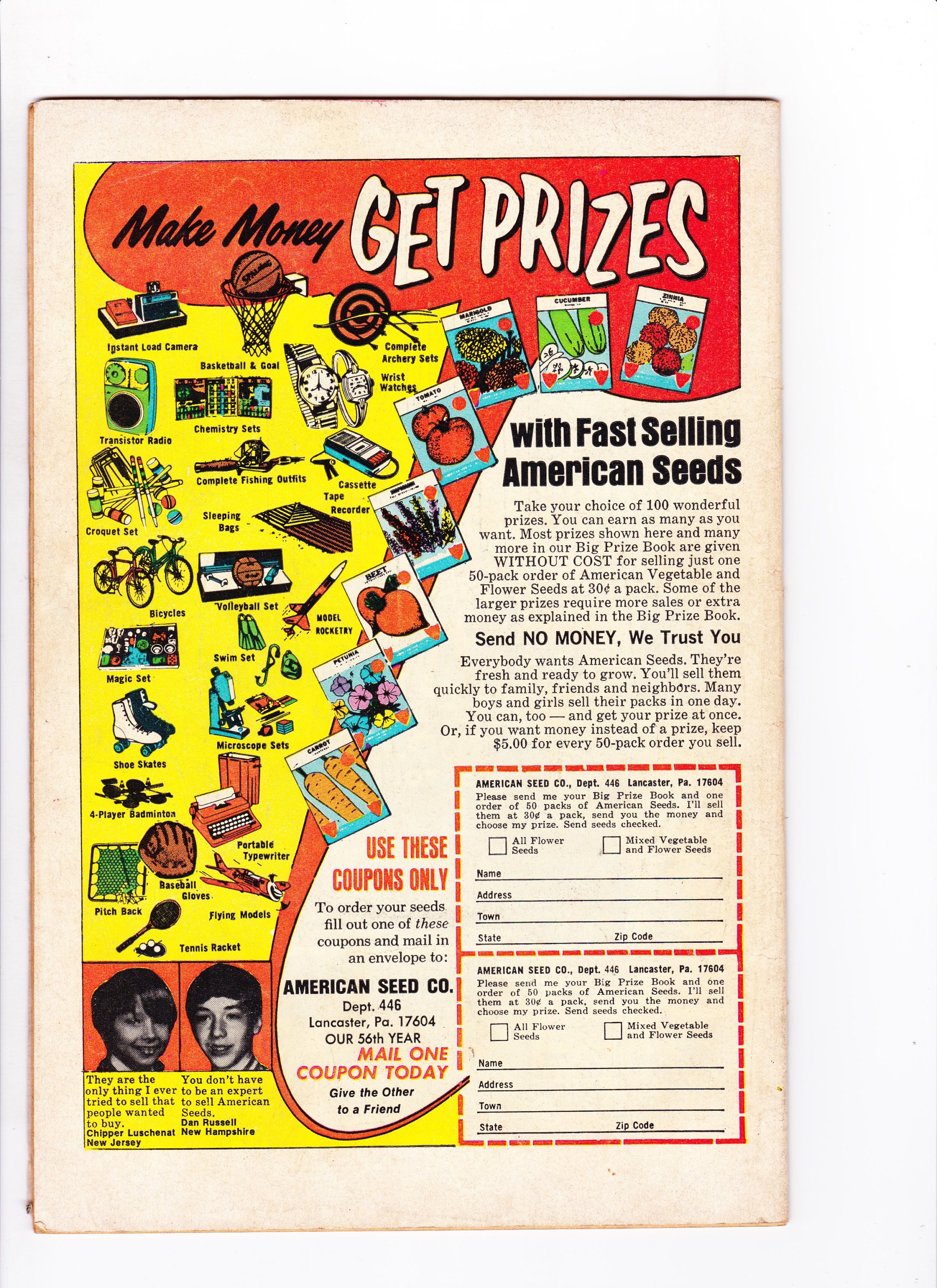 "Beware the Star-Stalker!" Part 2 of 2:
Cameo appearance by Cornelius Van Lunt
Flashback cameo by the Zodiac and the Supreme Intelligence
The monster inside the Priests of Pama's temple stands revealed! It's the Star-Stalker! The ion-fueled creature from beyond the stars thrashes Earth's Mightiest Heroes and sends them running from the temple! The Avengers and Libra know they need more firepower, so the Black Panther arranges for Taurus' star-blaster to be flown to Vietnam! But when the Star-Stalker emerges from his cocoon, he crushes the powerful weapon and gets back to pounding the Avengers! Does this awesome beast have any weaknesses? If so, Mantis and the Vision better find it fast!
Notes: The letters page includes an essay from Stan Lee and Roy Thomas explaining the recent cover price increase to 25¢. The letters page also contains Marvel Value Stamp series A #81 Rhino.

1st printing.
This comic book is in used condition. Comic is complete with cover and all pages attached. This comic has a few flaws that warrant a Fine grade.
Comic Book will be shipped bagged and boarded!