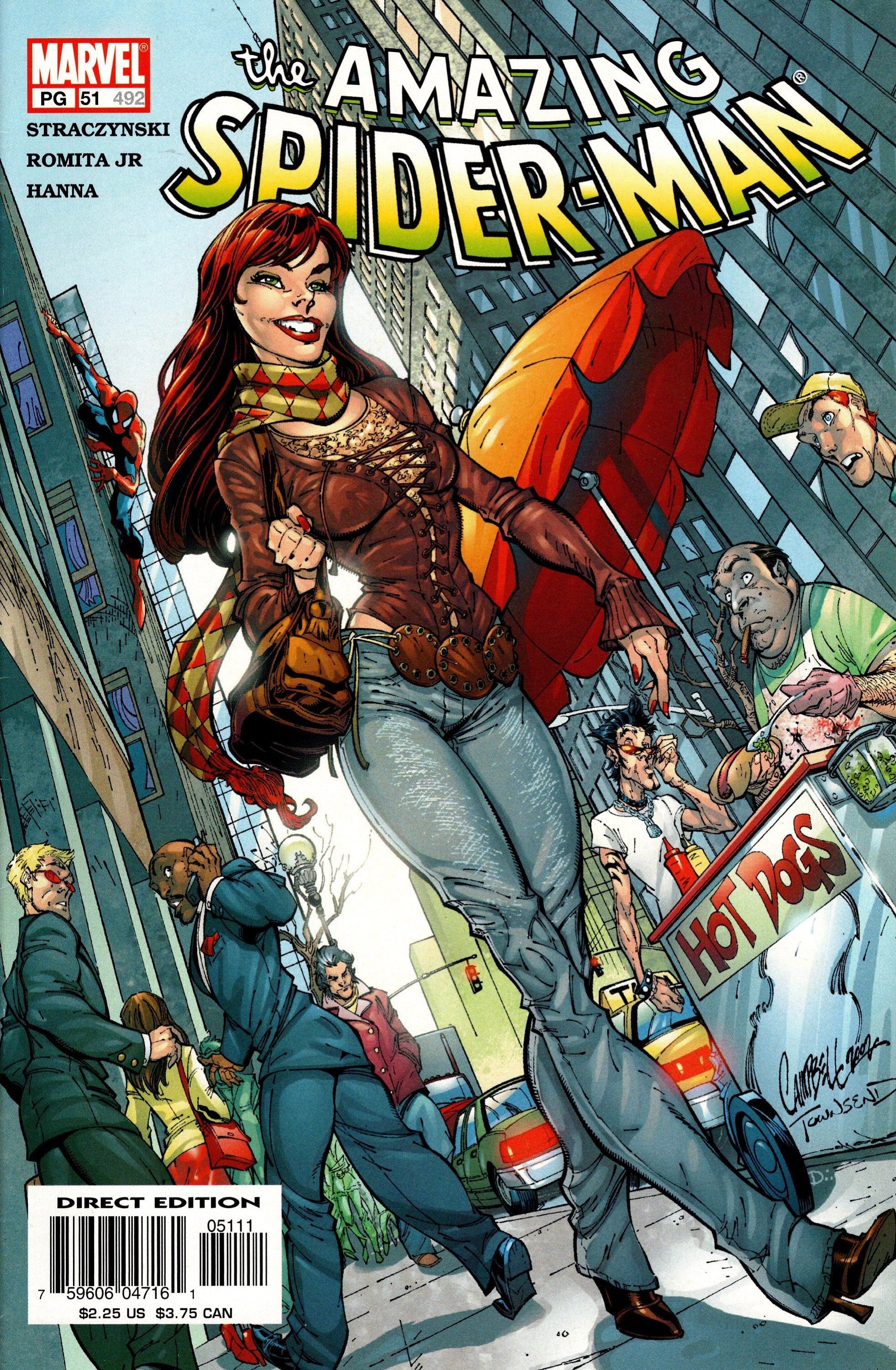 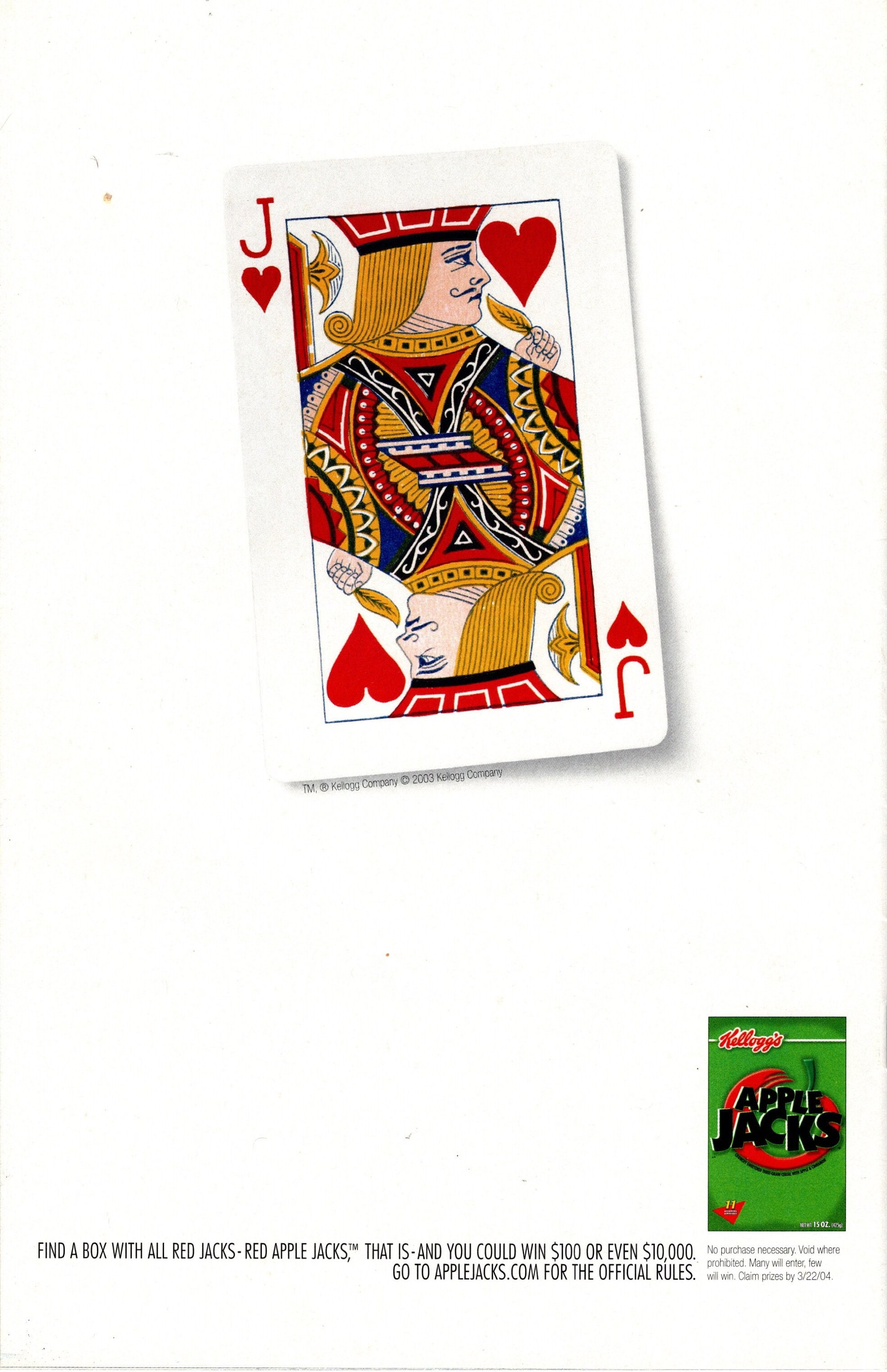 Cover pencils by J. Scott Campbell, inks by Tim Townsend. "Digger," script by J. Michael Straczynski, pencils by John Romita, Jr., inks by Scott Hanna; In July 3, 1957, thirteen Mafia bosses and lieutenants meet in Las Vegas to peacefully resolve their differences; Missing is Morris Forelli who sends four gunmen to murder the thirteen, then bury the bodies in a mass grave in the Nevada Desert; In April 3, 2003, the US military tests a pocket gamma bomb in the Nevada Desert. After detonation, a creature crawls out of the ground; Meanwhile, Peter and MJ have dinner and get reacquainted; The creature journeys to New York, killing a train yard security guard, then crashes a meeting between a pimp and two of Morris Forelli's men, killing the mobsters and destroying the building to send a message. 36 pgs., full color.