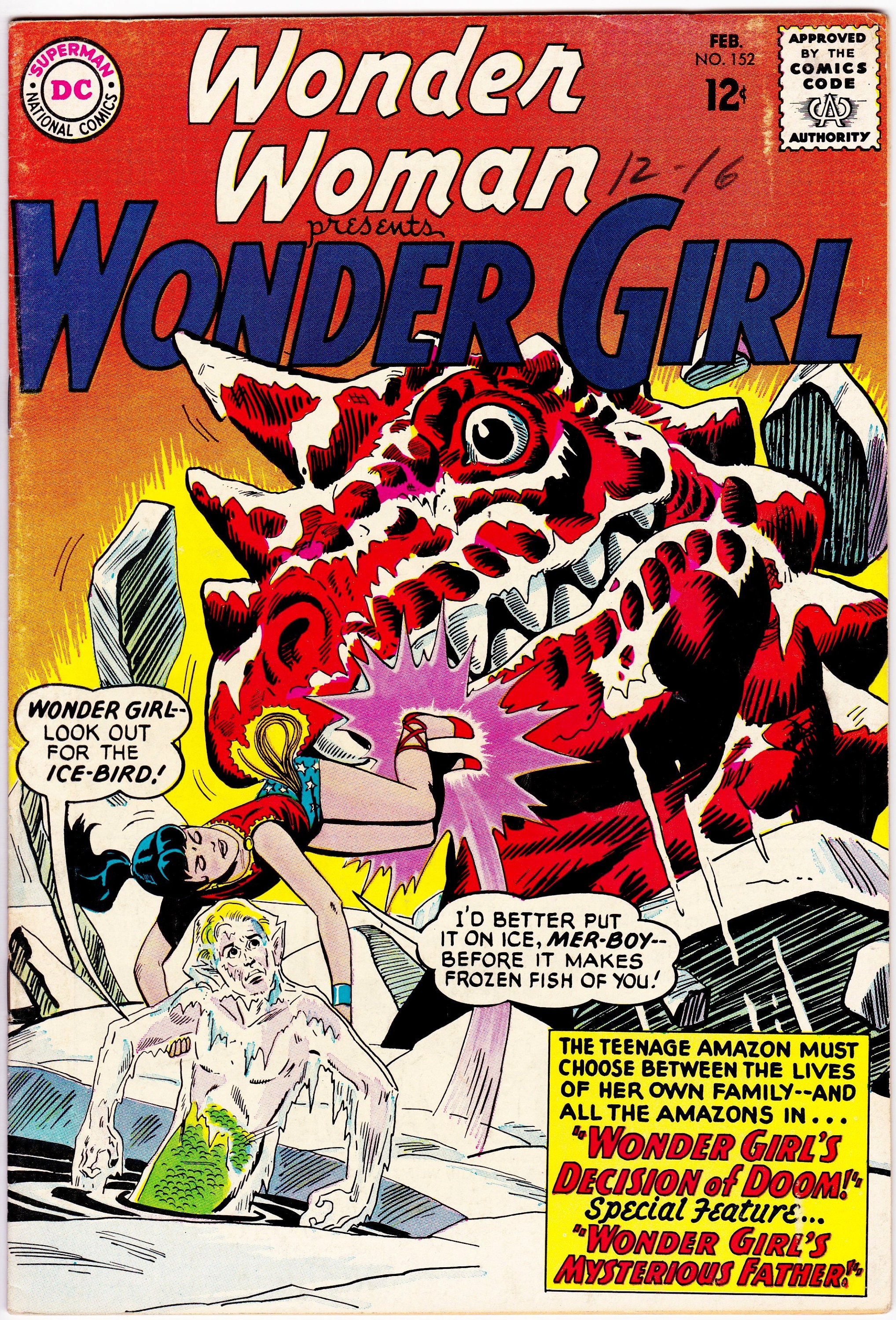 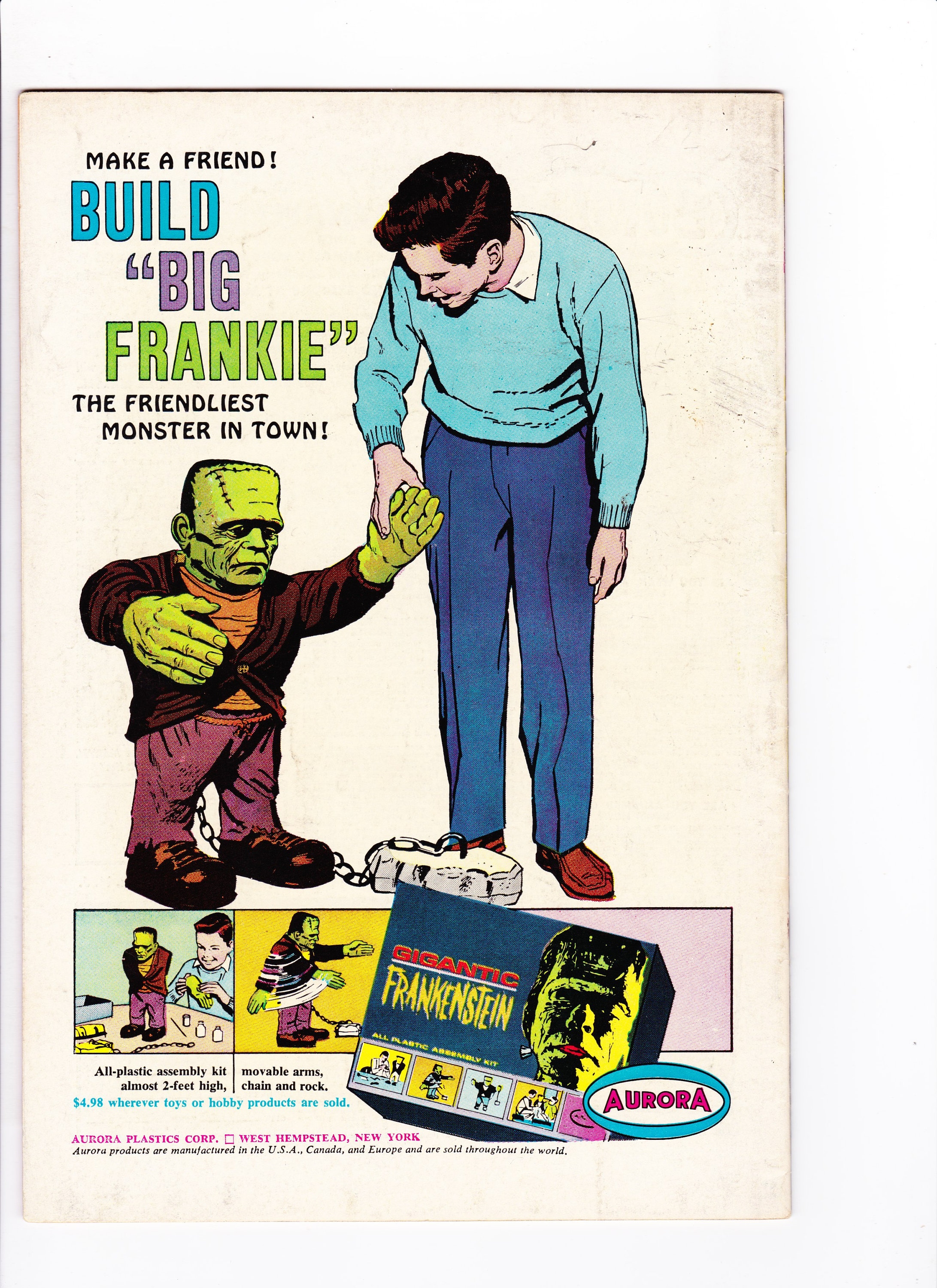 "Wonder Girl's Decision of Doom":
Athena decrees that for one day only Wonder Girl can guard Paradise Island. "Wonder Girl's Mysterious Father," script by Robert Kanigher, pencils by Ross Andru, inks by Mike Esposito; A ship wrecked sailor mistakes Wonder Girl for his daughter; Text indicates this is an adventure of Wonder Woman when she was a teenager, but Wonder Woman appears in some panels. Flowers of Romance filler page, script by Julius Schwartz, pencils by Morris Waldinger, inks by Tom Nicolosi. Superboy stars in a one-page public service announcement, "Don't Give Fire a Place to Start!"

1st printing.
This comic is in used condition with all pages and cover attached it has flaws that warrant a grade of F/VF.
Comic Book will be shipped bagged and boarded!