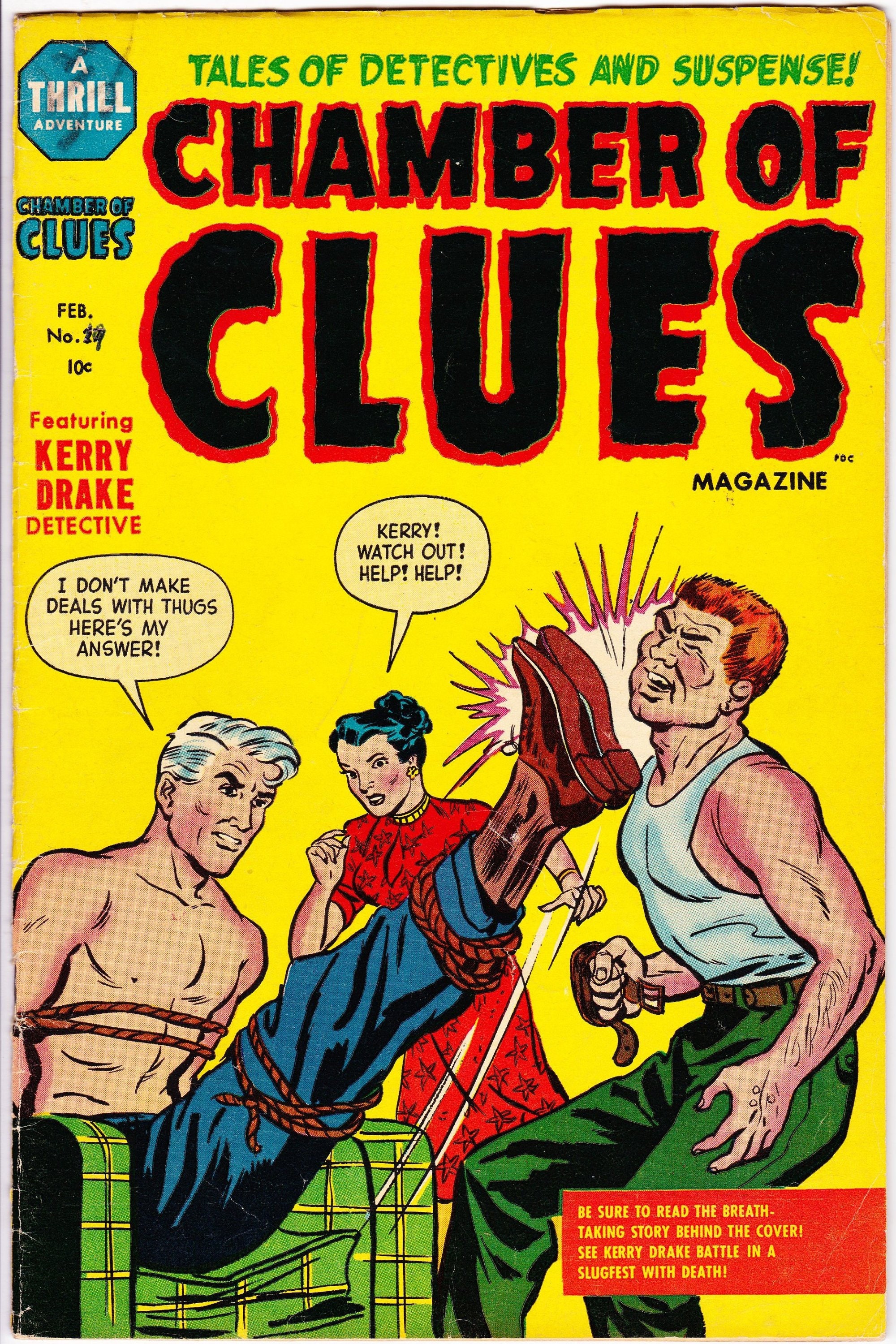 Numbering continues from Chamber of Chills (1952 Harvey) #26. As the Comics Code goes into effect, Harvey shifts the former Chamber of Chills horror comic to reprints of the Kerry Drake detective comic strip. A case of mistaken identity leads detective Kerry Drake to a confrontation with drug smugglers in Key West. Female sheriff Kitty Carson joins a charity rodeo in New York City and winds up chasing robbers. Kerry Drake: The Case of the Dope Smugglers; Smashing the Dope Ring; Kitty Carson; Cop-Killer.
"The Case of the Dope Smugglers" Starring Kerry Drake, "Smashing the Dope Ring", "In an effort to raise money for a hospital in her county" Starring Kitty Carson.

1st Printing.
This comic book is in used condition with all pages and cover attached it has flaws that warrant a grade of Fine.
Comic will come bagged and boarded.