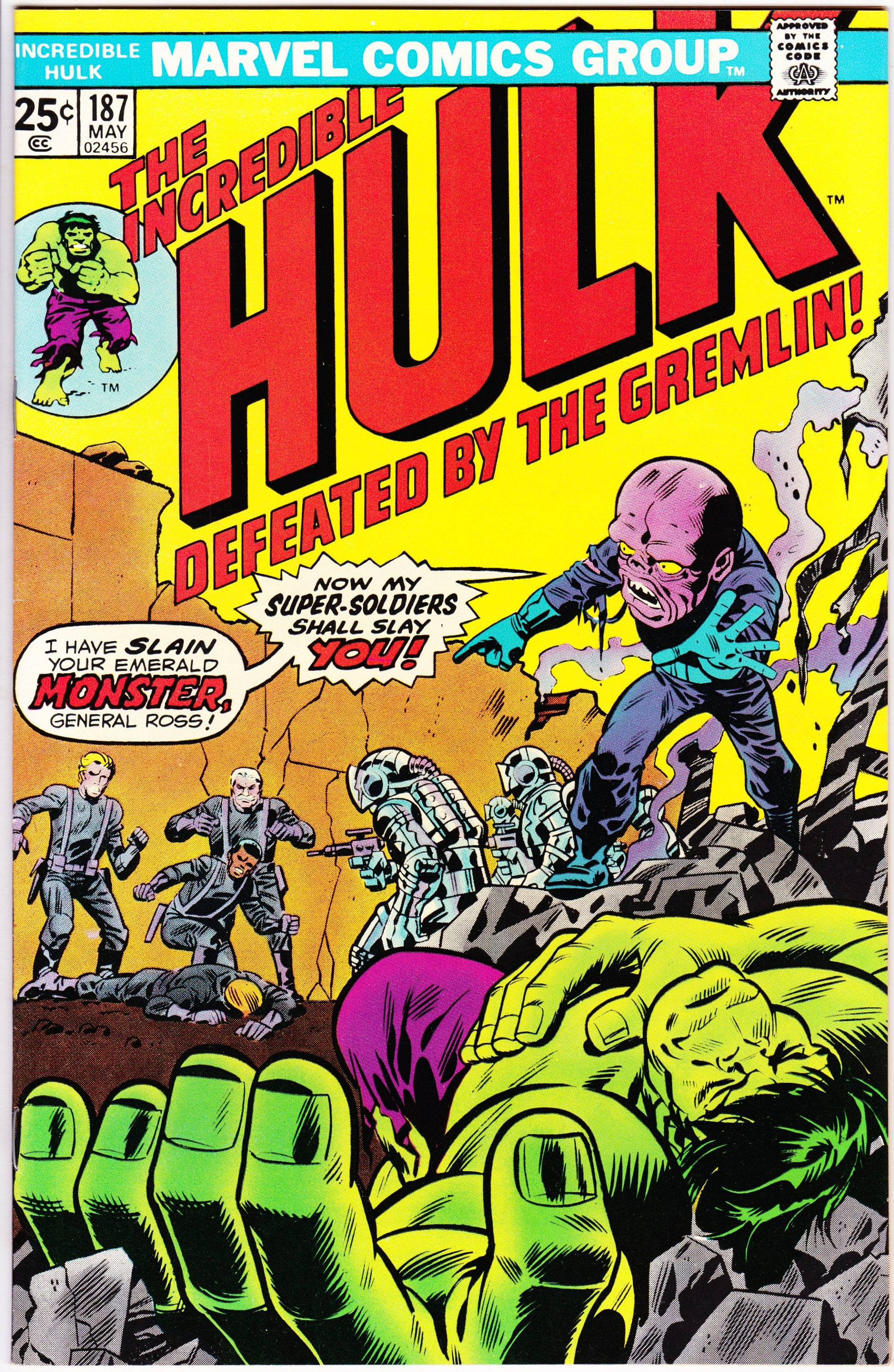 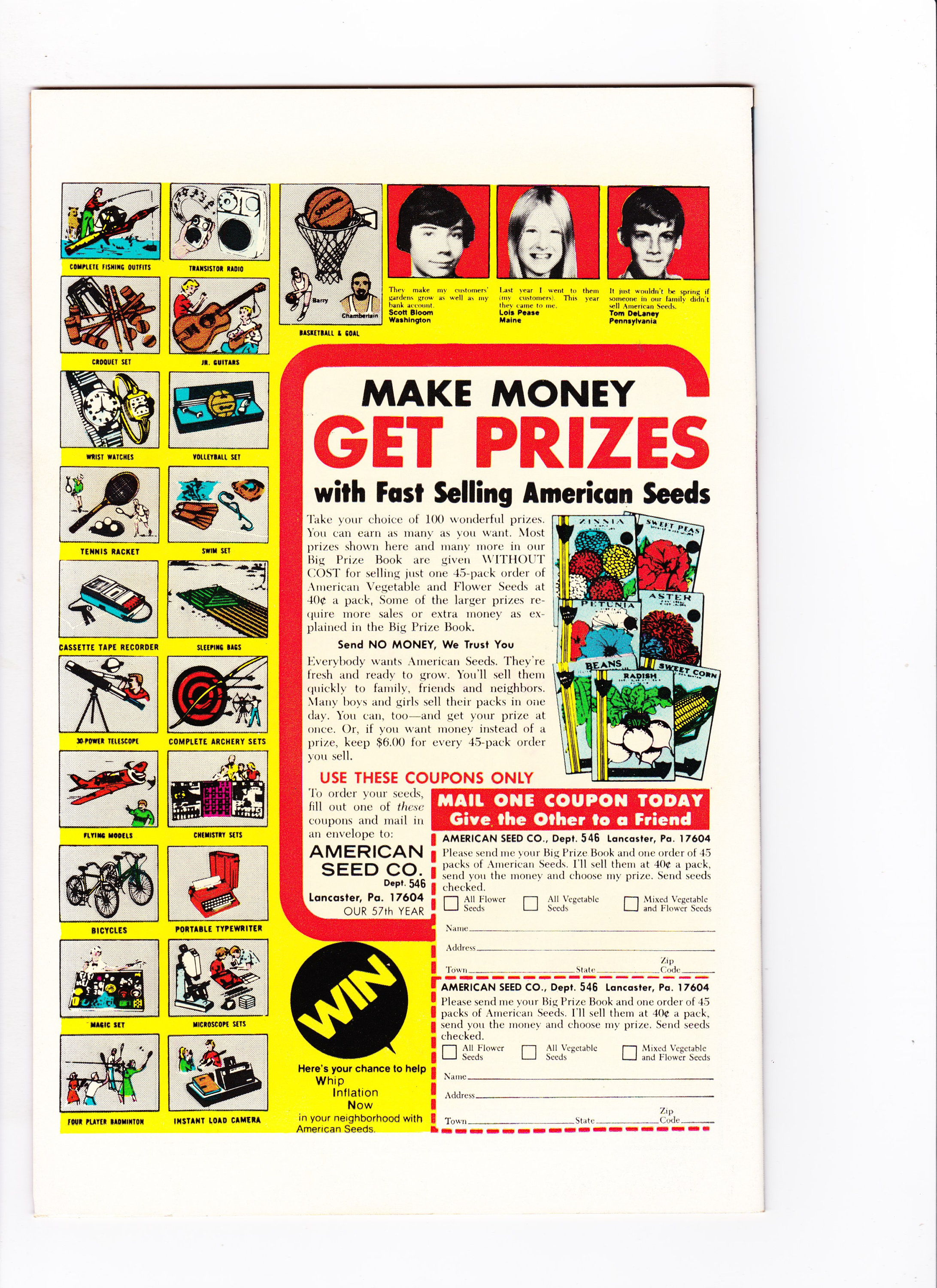 "There's a Gremlin In the Works!":
Banner stows away on a mission to the Soviet Union to rescue the captured Glenn Talbot, which brings the Hulk into conflict with the Gremlin, who has brainwashed Talbot. Statement of ownership: average number of copies sold during preceding 12 months (total paid circulation): 202,592. Spider-Man Hostess ad, pencils by Ross Andru, inks by Mike Esposito.

1st printing.
This comic book is in used condition and is complete with cover and all pages attached it has flaws that warrant a grade of NM.
This comic comes bagged and boarded.