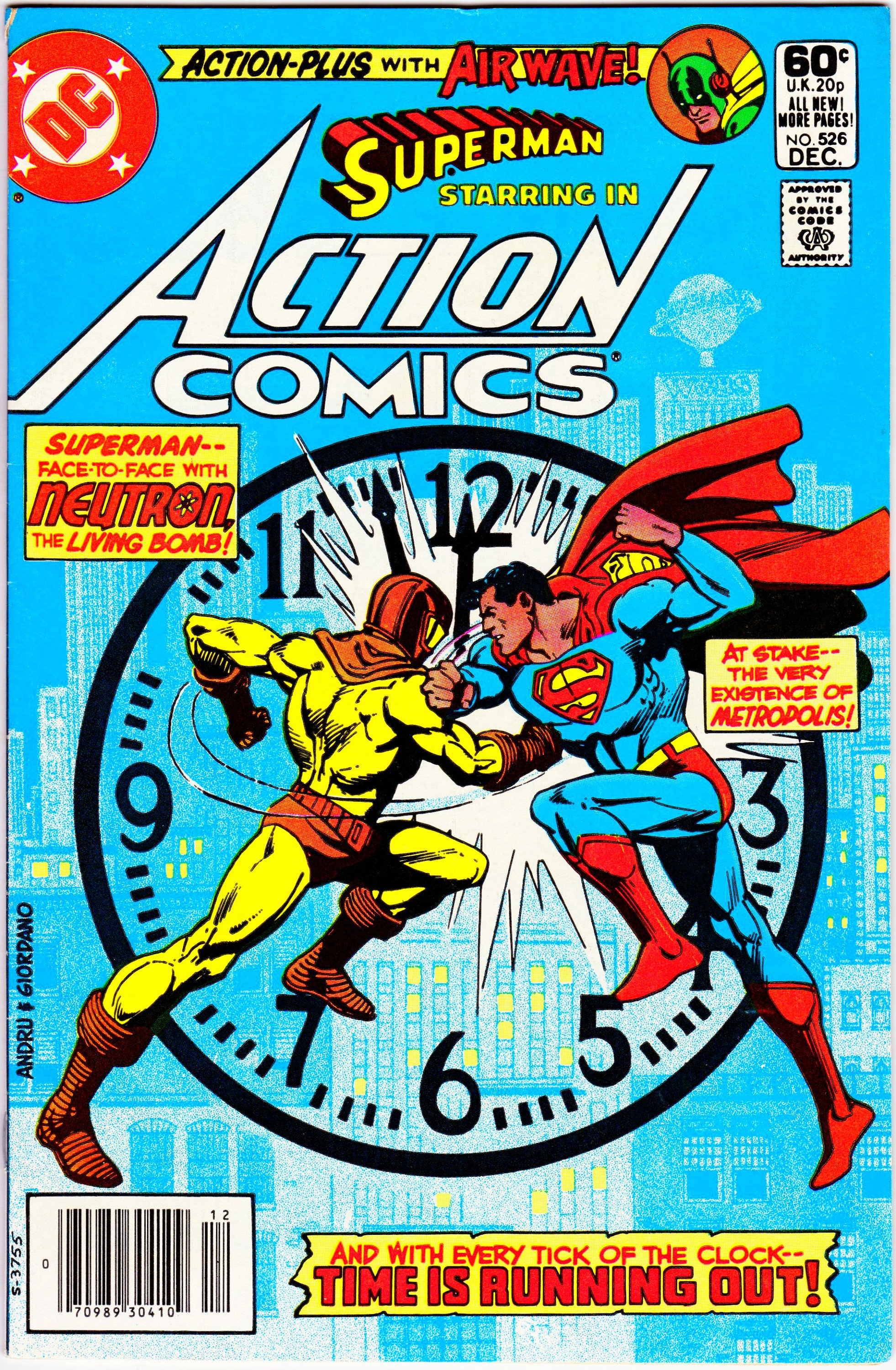 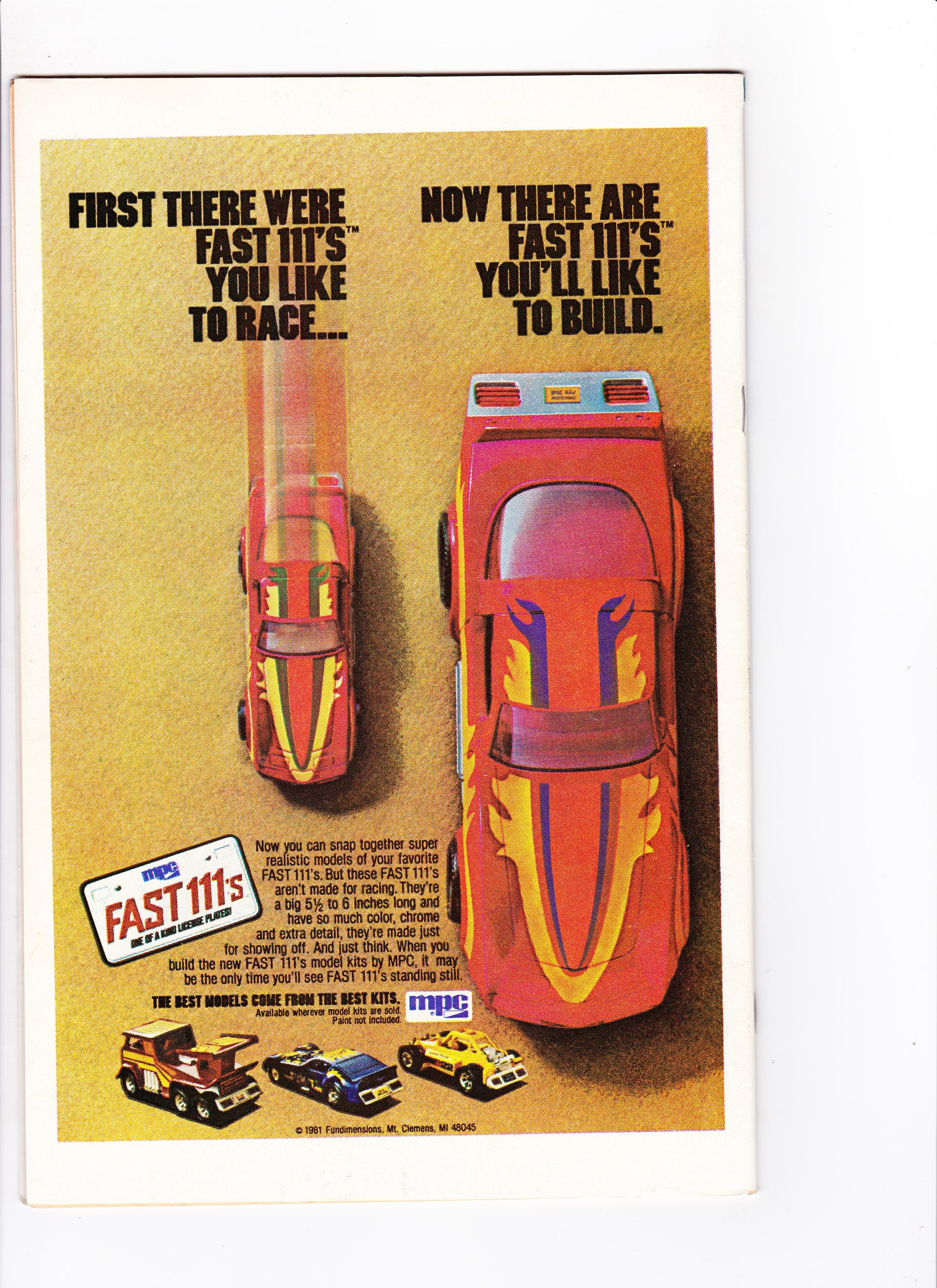 "The Man Who Murdered Metropolis!":
Superman must discover where Neutron has planted an atomic bomb which, if and when it goes off, will destroy Metropolis. "Air Wave Tunes In!", script by Bob Rozakis, pencils by Alex Saviuk, inks by Vince Colletta; After receiving an electrical shock, Air Wave learns that he has the power to read minds. "Penguins on Parade" Hostess Fruit Pies ad with The Penguin.

1st printing.
This comic book is in used condition and is complete with cover and all pages attached it has flaws that warrant a VF+ grade.
Comic Book will be shipped bagged and boarded.