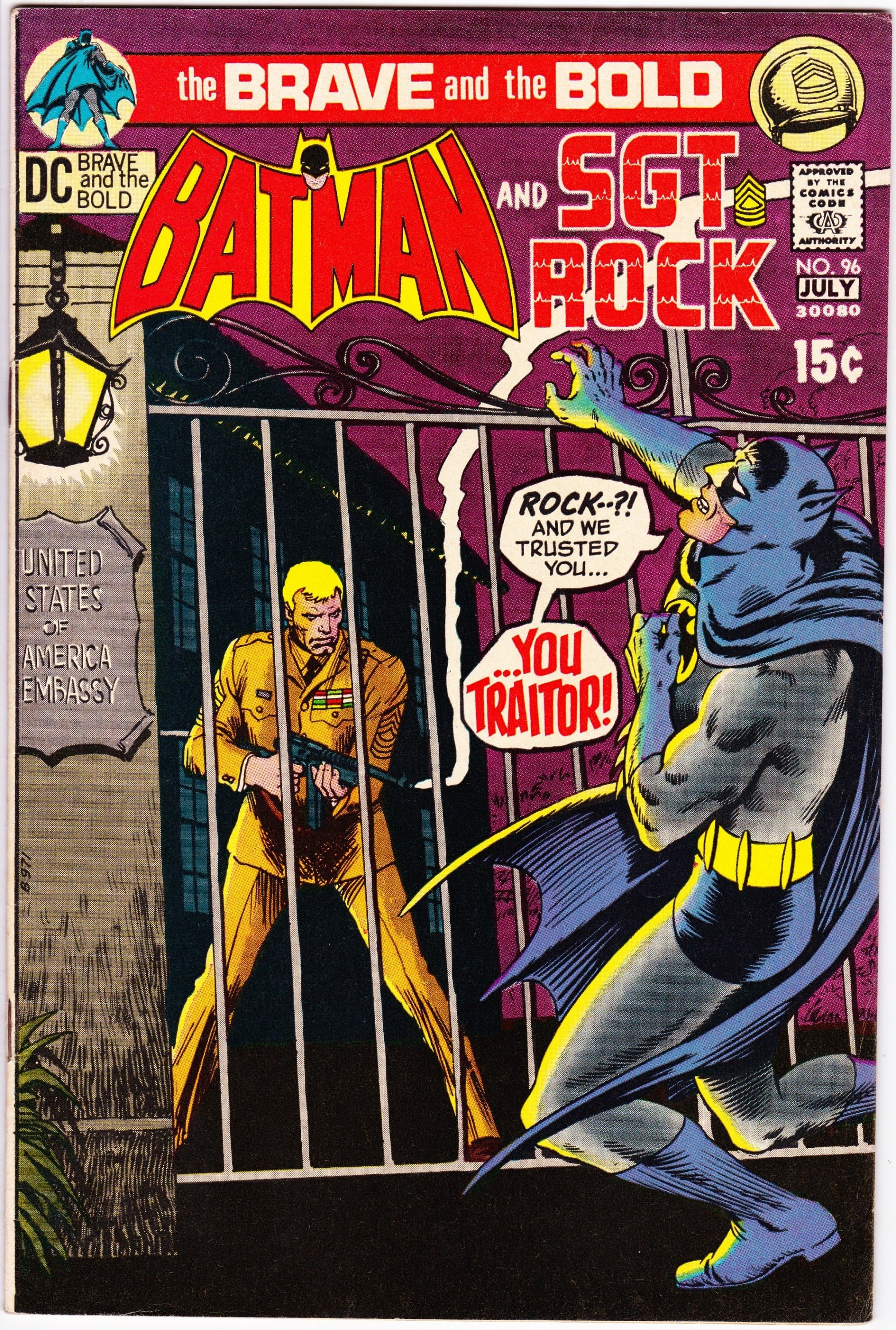 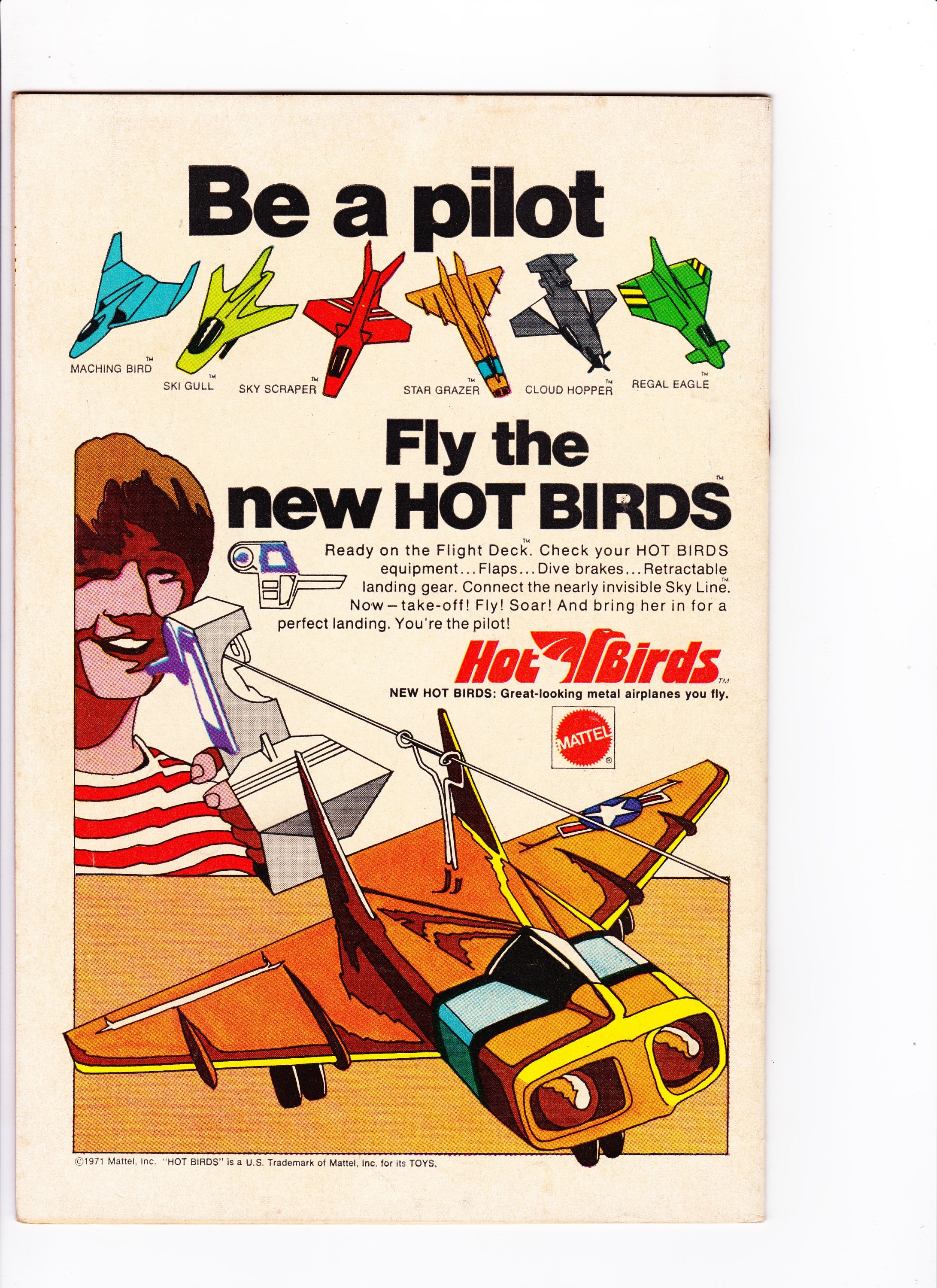 "The Striped Pants War!":
When friend of Bruce Wayne, Ambassador Adams is murdered by the Companeros De La Muerte, a terrorist outfit, Bruce Wayne is asked to go to the country of the Companeros' origin as temporary ambassador and sign a treaty before a given deadline, the President and the Secretary of State have asked Batman to act as Wayne's bodyguard (Batman making an appearance at the meeting thanks to Alfred in disguise); Flying to the country, Bruce is surprised to see that Sgt. Rock has been stationed as the embassy's chief of security; Rock is upset that after 30 years of service that he's been delegated to embassy duty and being given a hard time after botching protecting the ambassador; Believing there is a traitor in their midst, Batman begins to suspect Rock as the one working with the Companeros.

1st printing.
This comic book is in new condition. Comic is complete with cover and all pages attached. This comic has some flaws that warrant a VF/NM grade.
Comic Book will be shipped bagged and boarded!