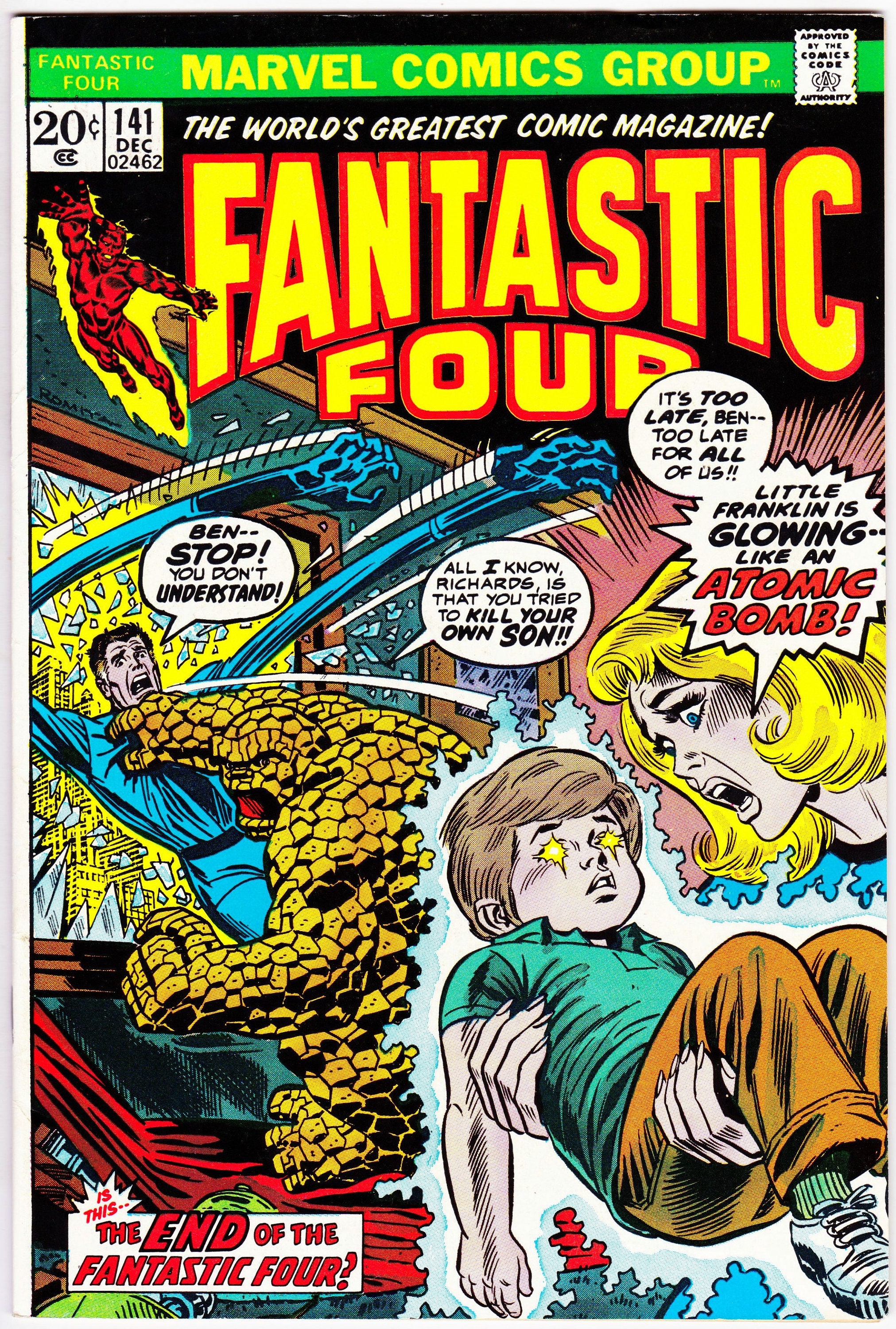 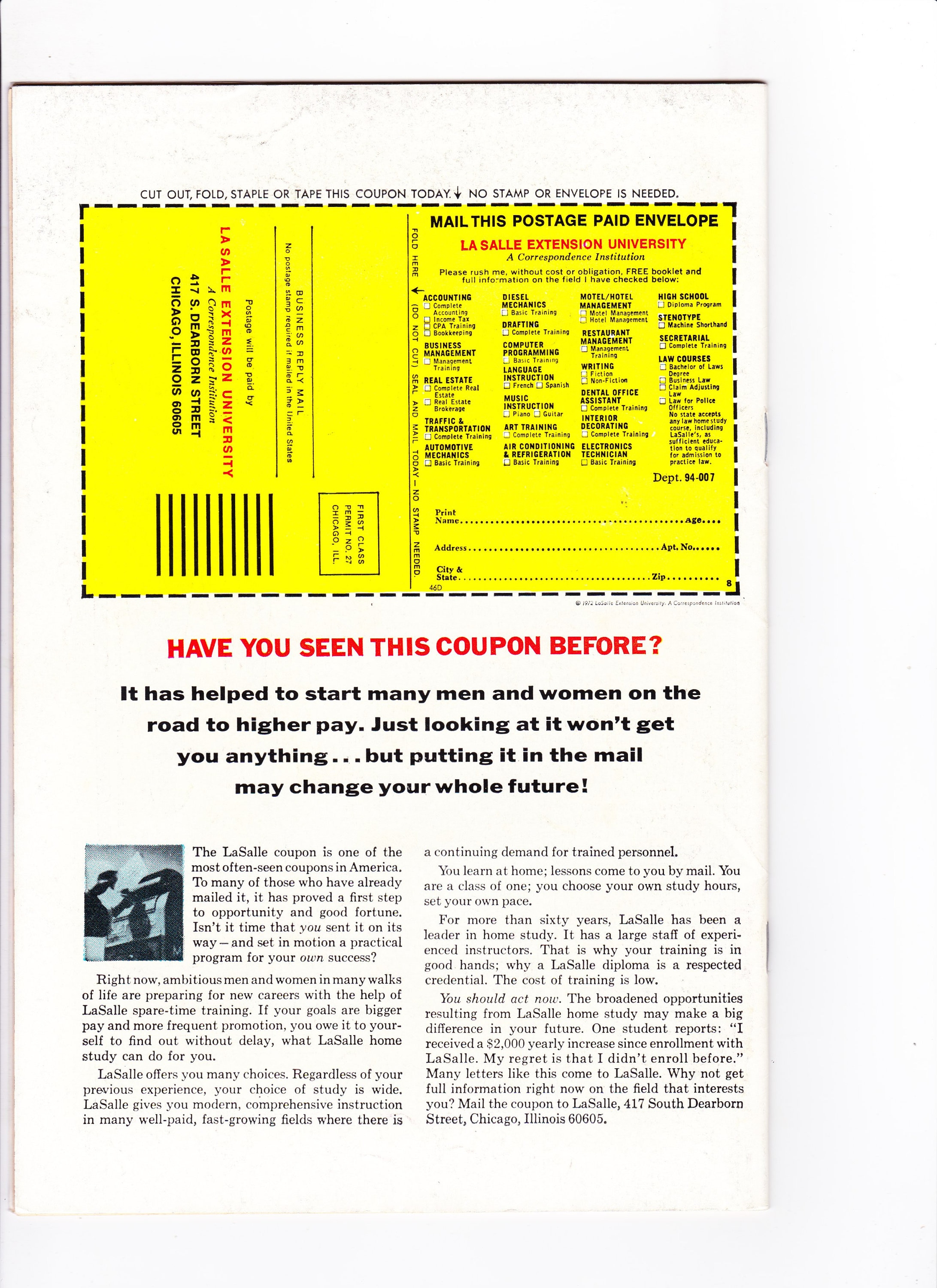 "The End of the Fantastic Four!" Part 2 of 2:
The situation looks grim indeed as Reed, Sue, Ben, Johnny, Medusa, Franklin, Wyatt Wingfoot, and Agatha Harkness are all prisoners of Annihilus in the Negative Zone! What is the master of the Negative Zone planning for the helpless Fantastic Four? After connecting Franklin to his gene transmuter, Annihilus siphons the young boy's power to recharge his cosmic control rod! Can anyone stop the power transfer and save Franklin's life? Or will disaster strike the Fantastic Four?
Note: Annihilus appears next in Captain Marvel 35.

1st printing.
This comic book is in new condition. Comic is complete with cover and all pages attached. This comic has some flaws that warrant a VF grade.
Comic Book will be shipped bagged and boarded!