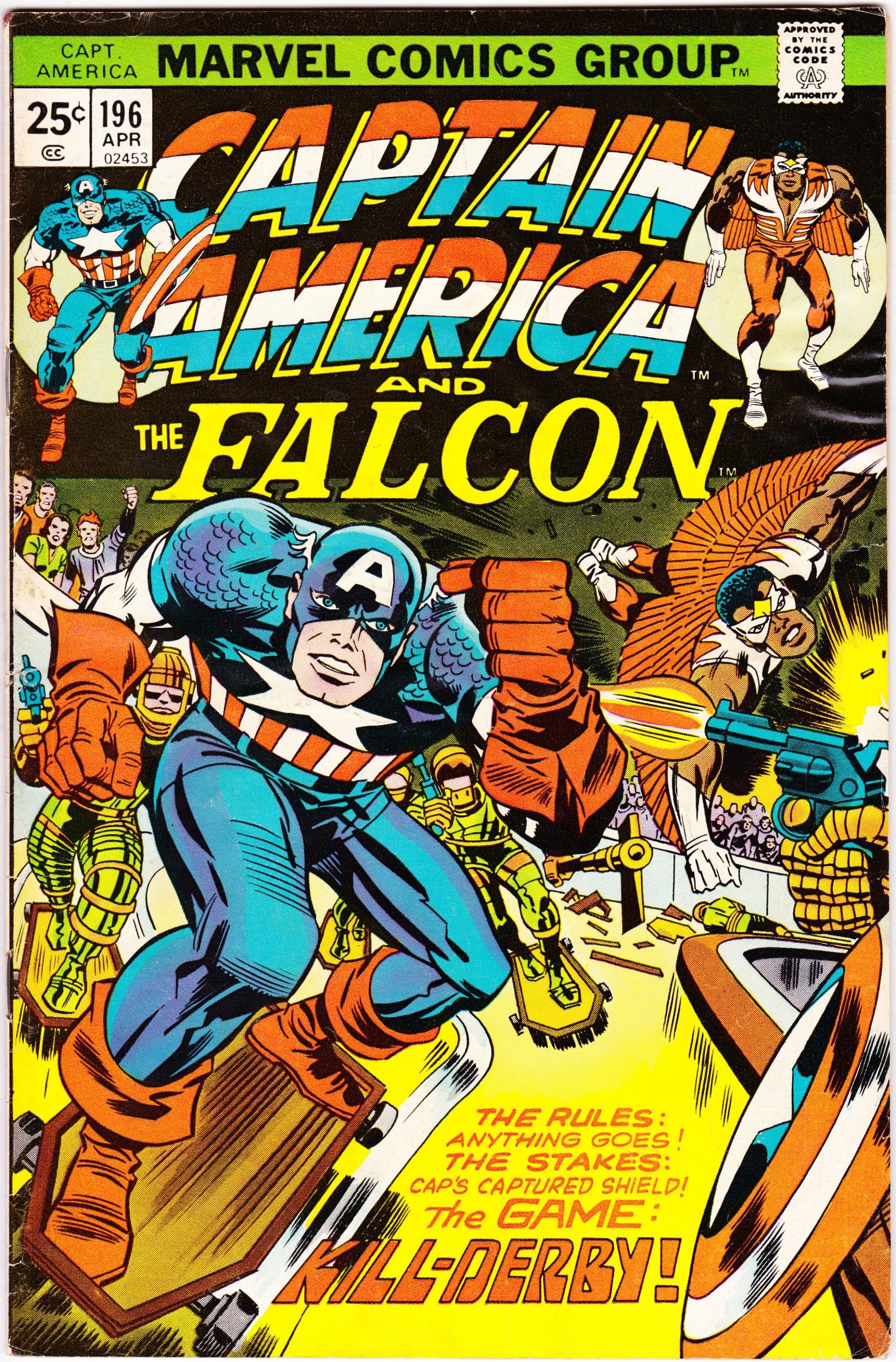 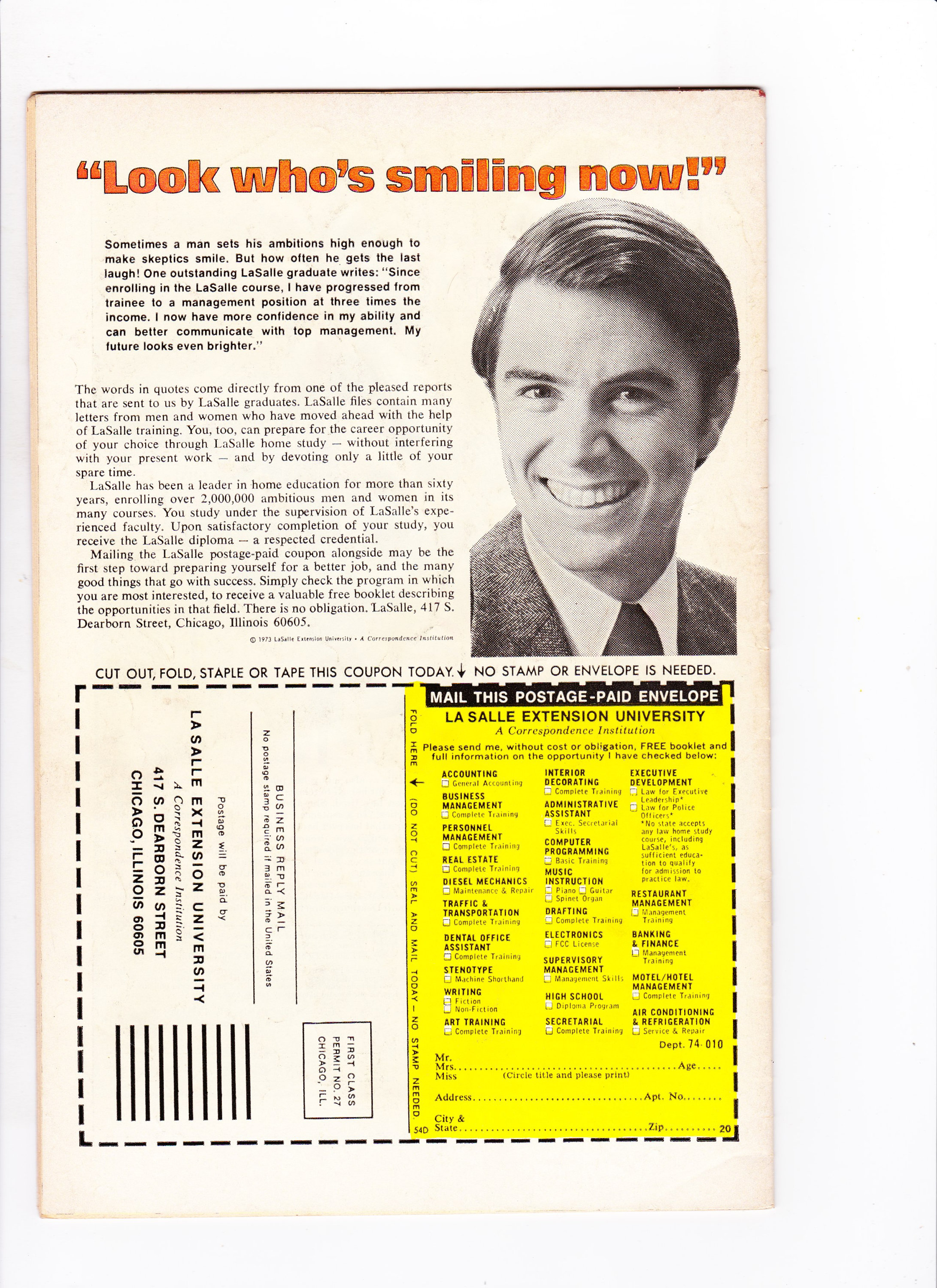 The Madbomb story continues!
"Kill-Derby":
Captain America resists joining the Kill-Derby contest until hes knocked out by gas; A Kill-Derby gladiator steals his shield while a pair of others throw him in the brig with Falcon; Cheer Chadwick demands that Cap and Falcon compete in the contest; Tinkerbelle tells Cap that he'll have to fight to regain his shield. Statement of Ownership; Average no. of copies each issue during preceding 12 months: 339,484; Single issue nearest to filing date: 347,138. Letter to the editor from comics publisher Dean Mullaney. Hostess Cup Cakes ad starring Spider-Man.

1st printing.
This comic book is in used condition and is complete with cover and all pages attached it has flaws that warrant a grade of VG-.
Comic Book will be shipped bagged and boarded!