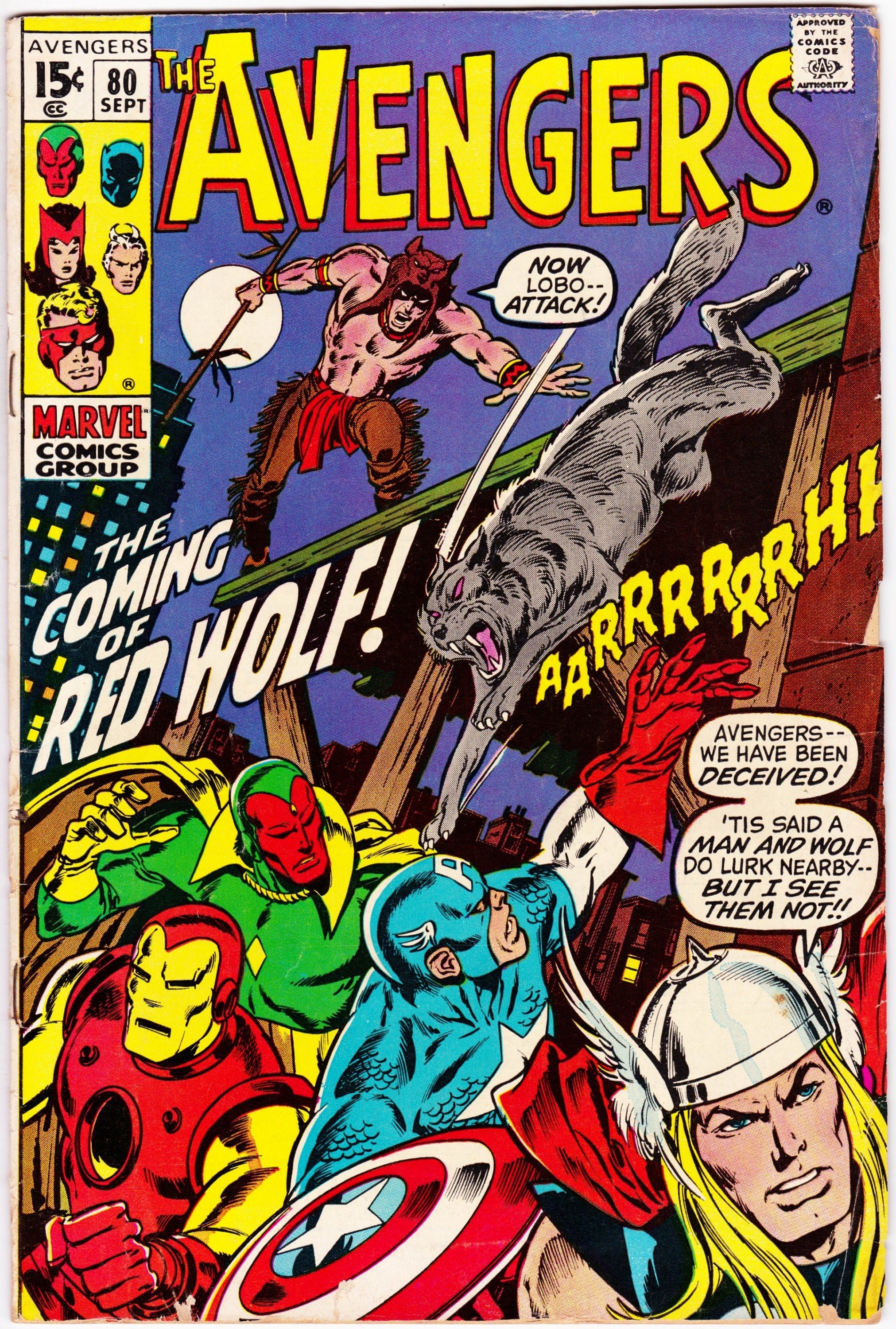 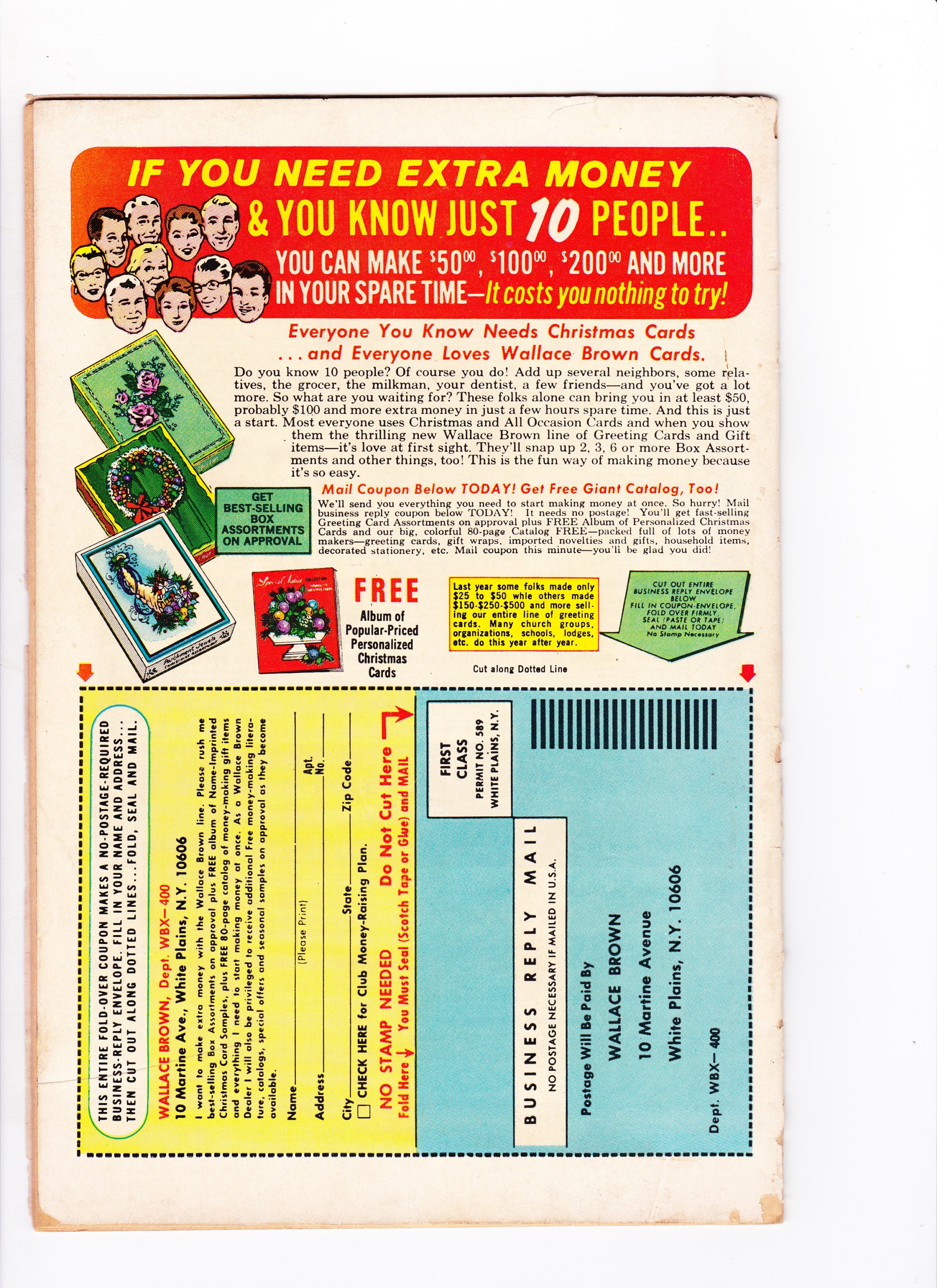 "The Coming of Red Wolf!" Part 1 of 3:
During an evening walk through Manhattan, the Vision encounters a man and a wolf! But this isn't just any human and canine duo, it's the newest Marvel superhero Red Wolf, and his faithful partner Lobo! After a brief skirmish, the synthezoid avenger takes Red Wolf to Avengers Mansion to learn why the native American warrior has traveled so far from home. And regrettably the reason is a name Earth's Mightiest Heroes know very well: Cornelius Van Lunt! The ruthless businessman is using extortion to take land from Red Wolf's tribe! So the Avengers will be departing for big sky country very soon, right? Not so fast! Because the golden avenger has identified an urgent threat in the city: the resurgent Zodiac! Will the Avengers divide and conquer both menaces? Origin of Red Wolf. Avengers Lineup: Black Panther, Captain America, Goliath, Iron Man, Quicksilver, Scarlet Witch, Thor, and the Vision.
Note: The letters page includes a full-page reply by Roy Thomas to a controversial fan letter (printed in Avengers 79) about the story in Avengers 73 & 74.

1st printing.
This comic book is in used condition. Comic is complete with cover and all pages attached. This comic has flaws that warrant a F- grade.
Comic Book will be shipped bagged and boarded!