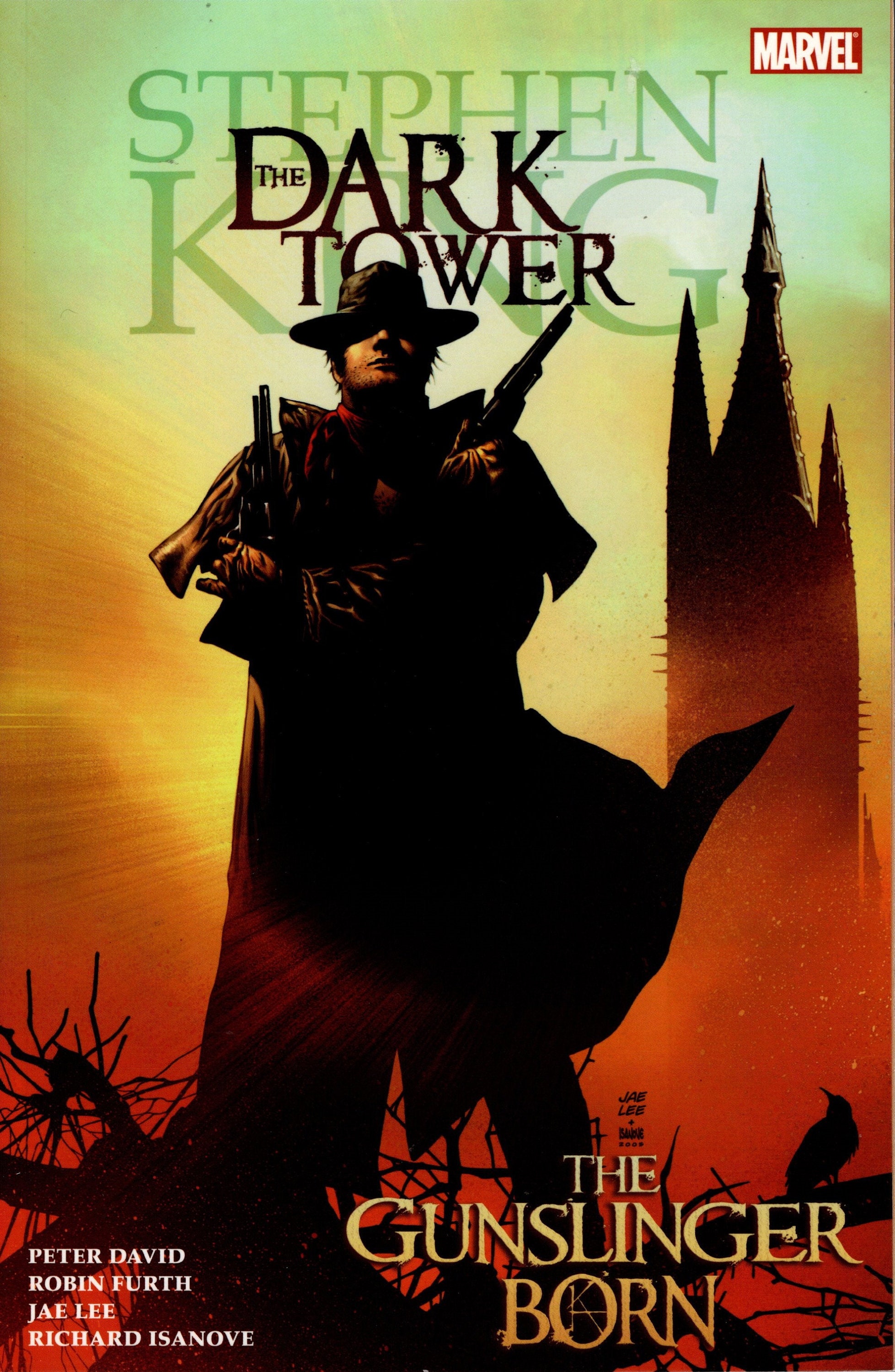 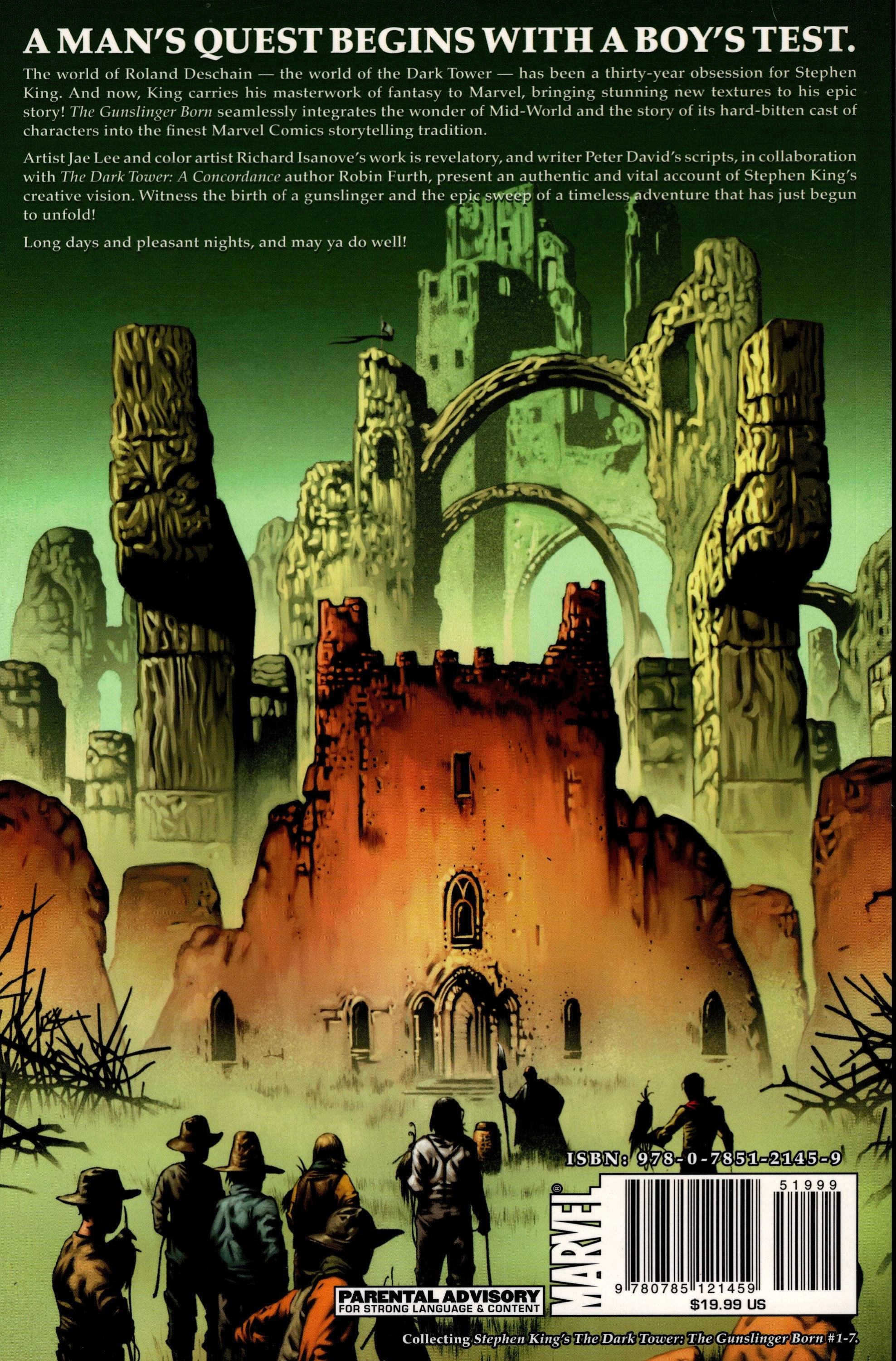 Collects Dark Tower: The Gunslinger Born (2007 Marvel) #1-7. Created by Stephen King. Written by PETER DAVID and ROBIN FURTH. Art and cover by JAE LEE and RICHARD ISANOVE. 'The man in black fled across the desert, and the gunslinger followed.' With those words, millions of readers were introduced to Stephen King's Roland - an implacable gunslinger in search of the enigmatic Dark Tower, powering his way through a dangerous land filled with ancient technology and deadly magic. Now, in a comic book personally overseen by King himself, Roland's past is revealed! Sumptuously drawn by Jae Lee and Richard Isanove, adapted by long-time Stephen King expert, Robin Furth (author of Stephen King's The Dark Tower: A Concordance), and scripted by New York Times Bestseller Peter David, this series delves in depth into Roland's origins - the perfect introduction to this incredibly realized world; while long-time fans will thrill to adventures merely hinted at in the novels. Be there for the very beginning of a modern classic of fantasy literature! Softcover, 240 pages, full color.