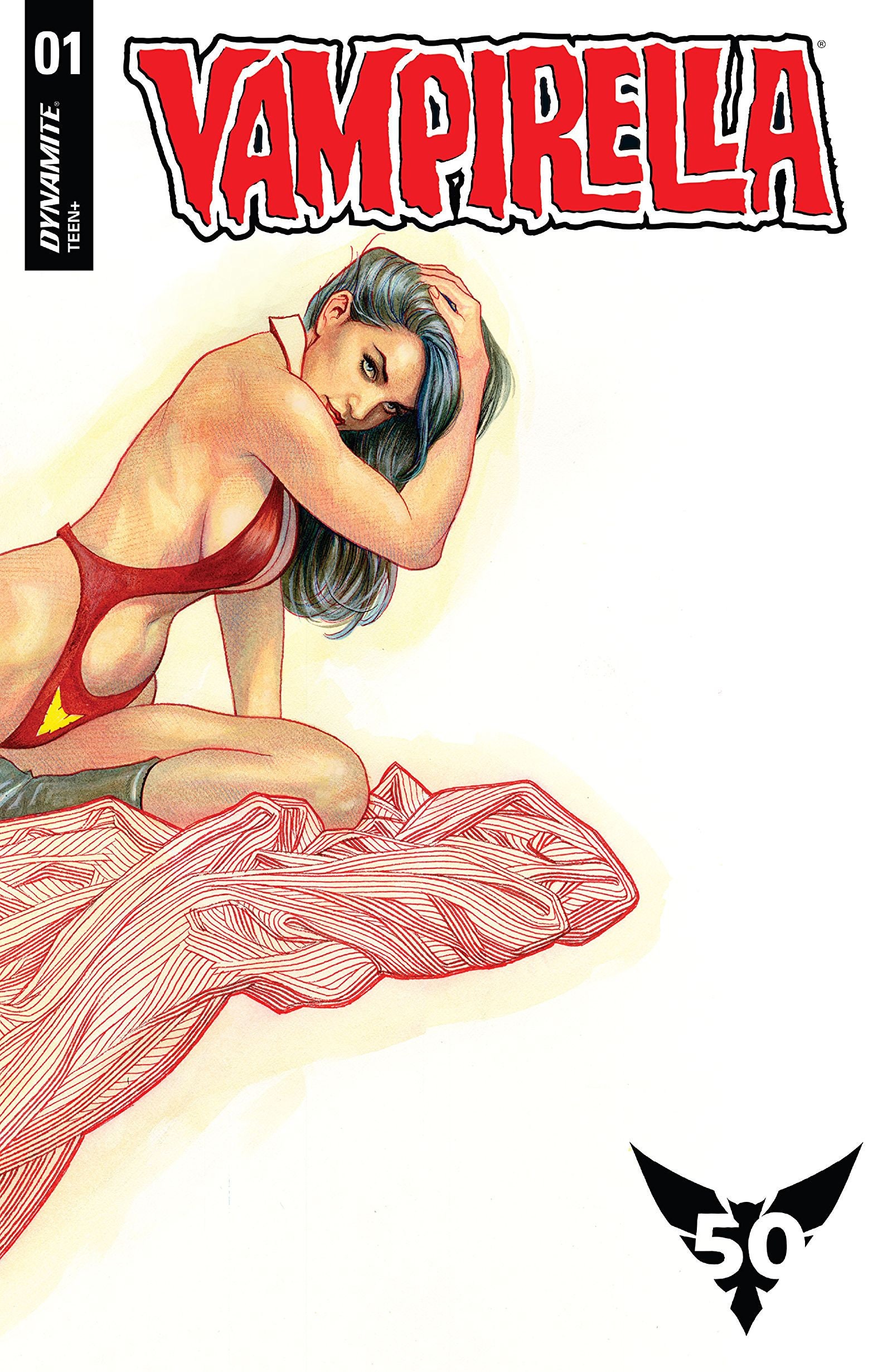 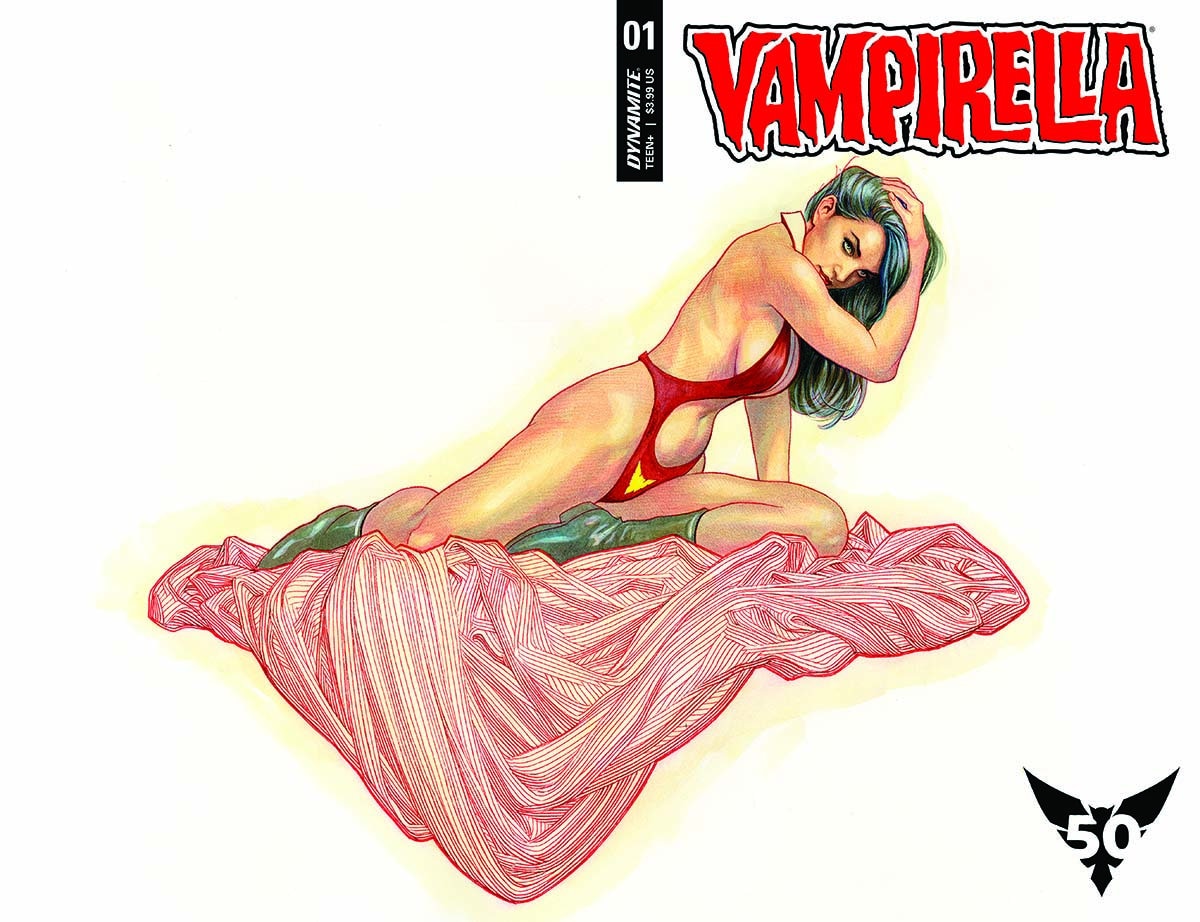 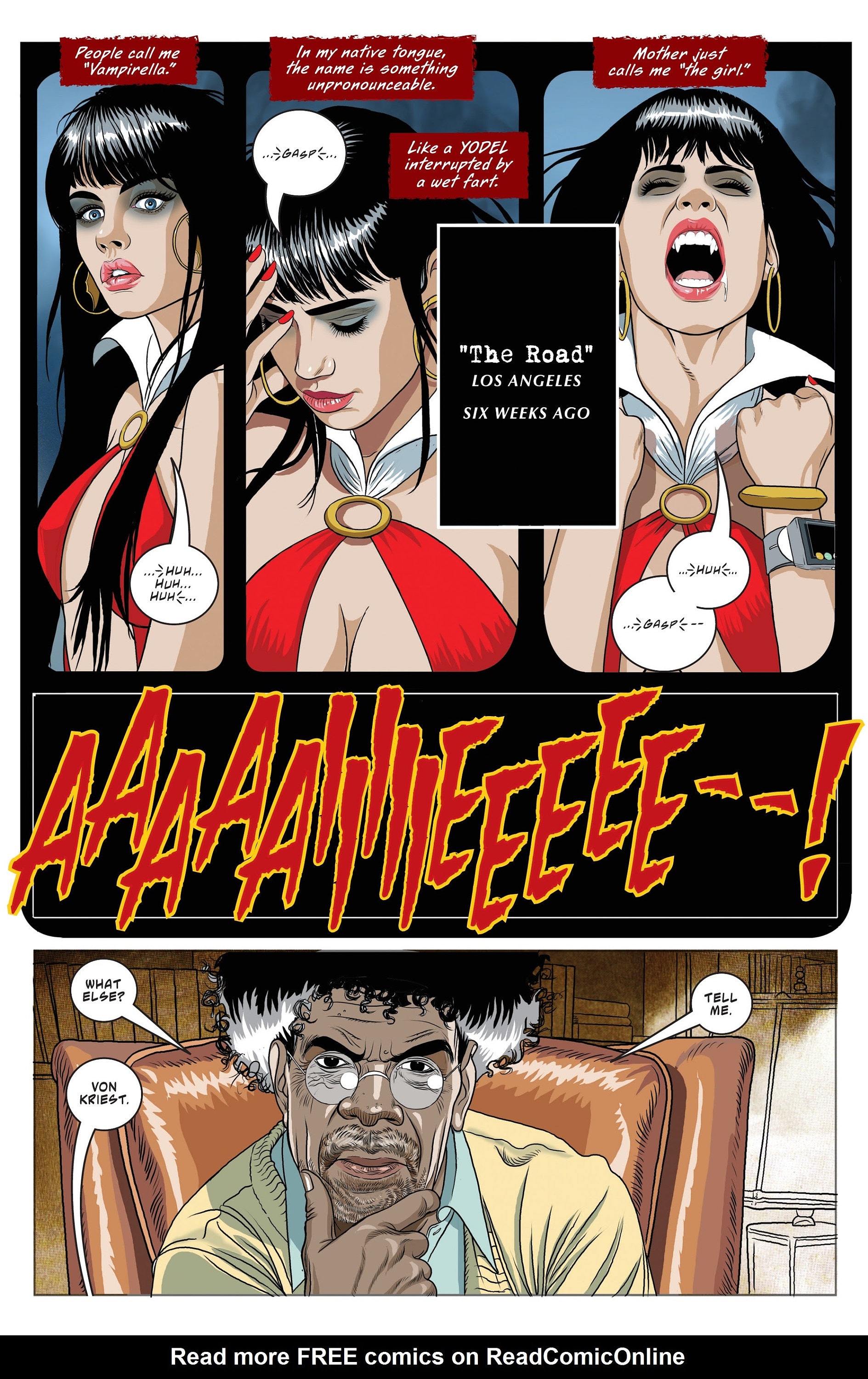 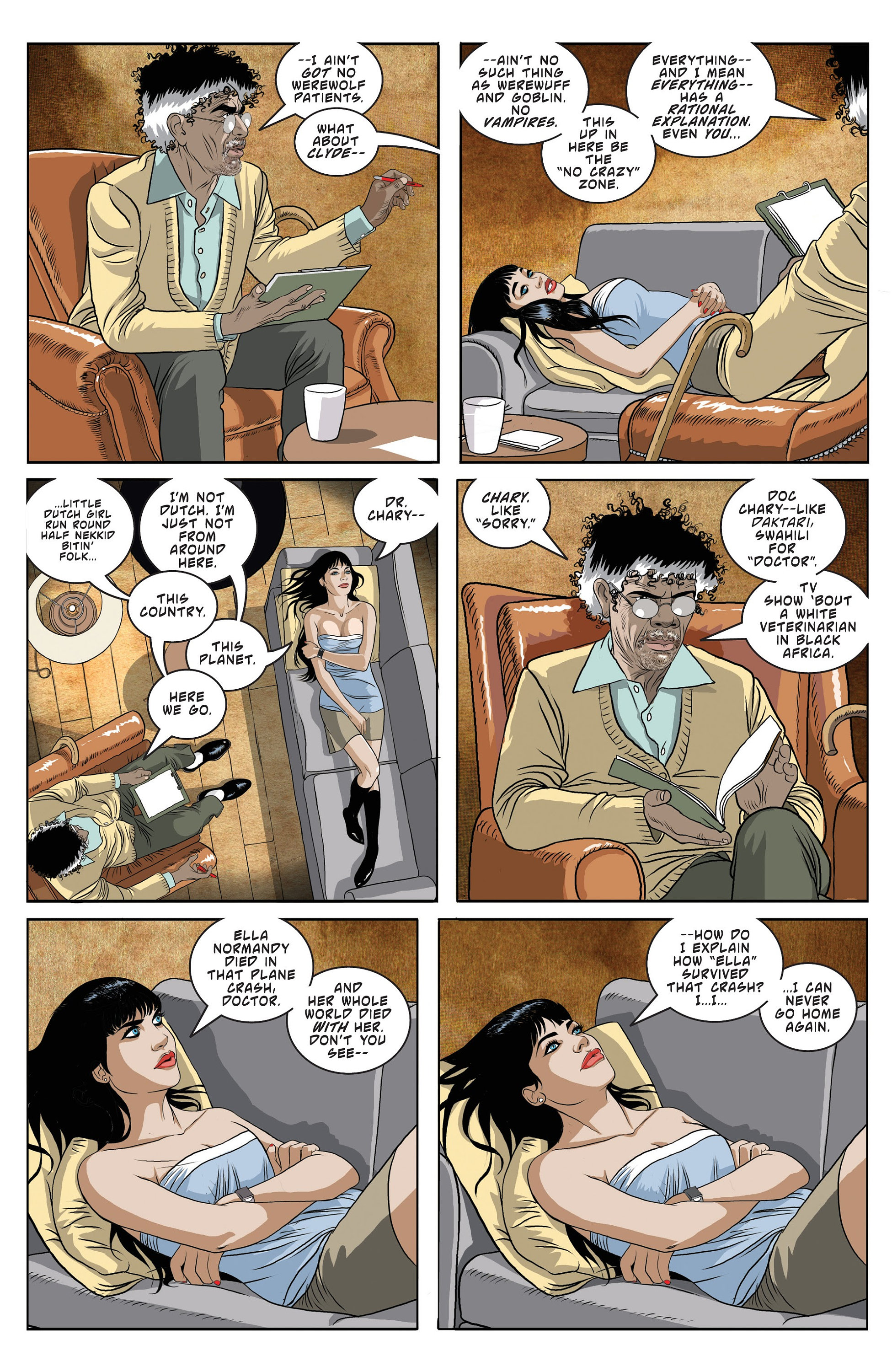 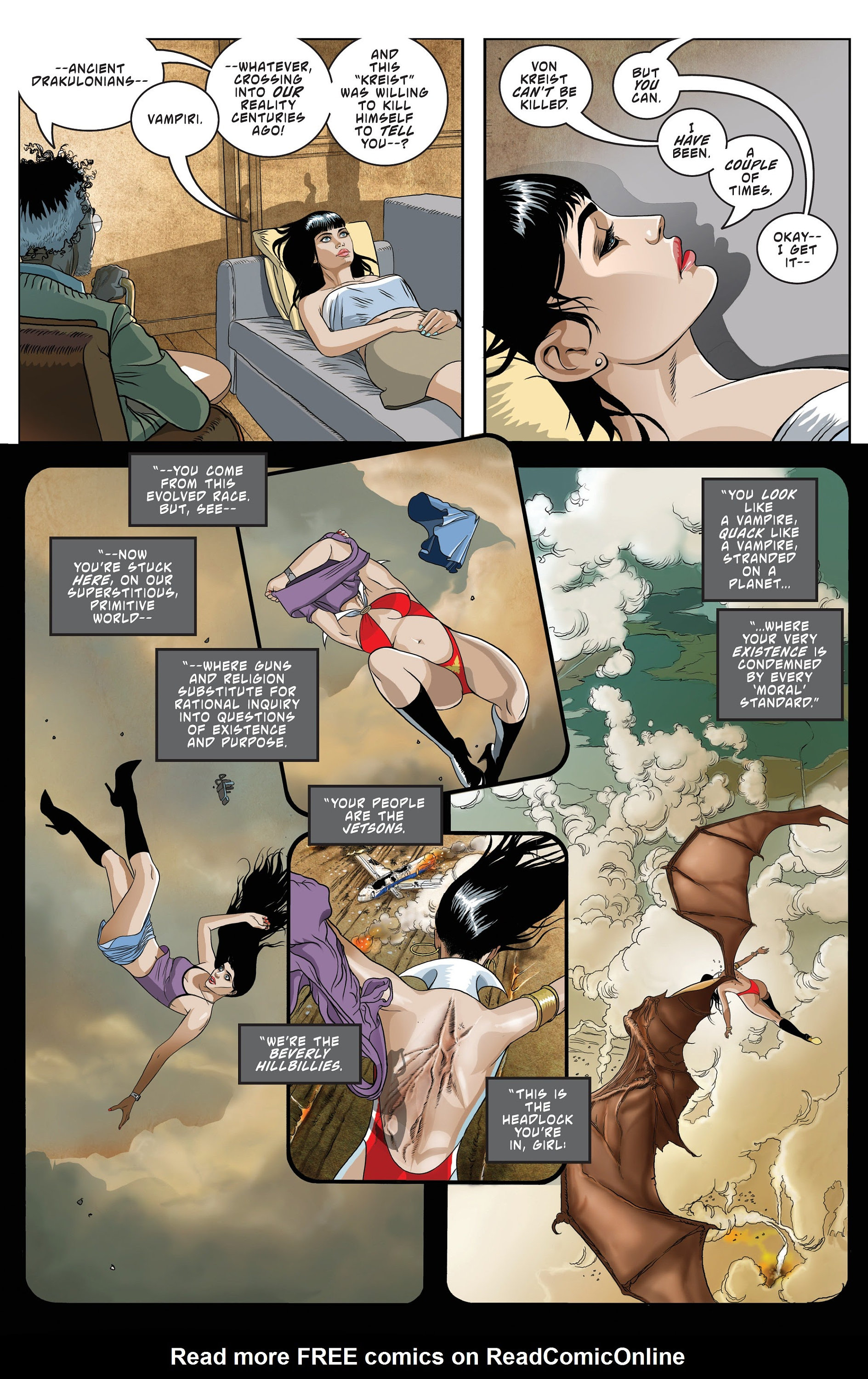 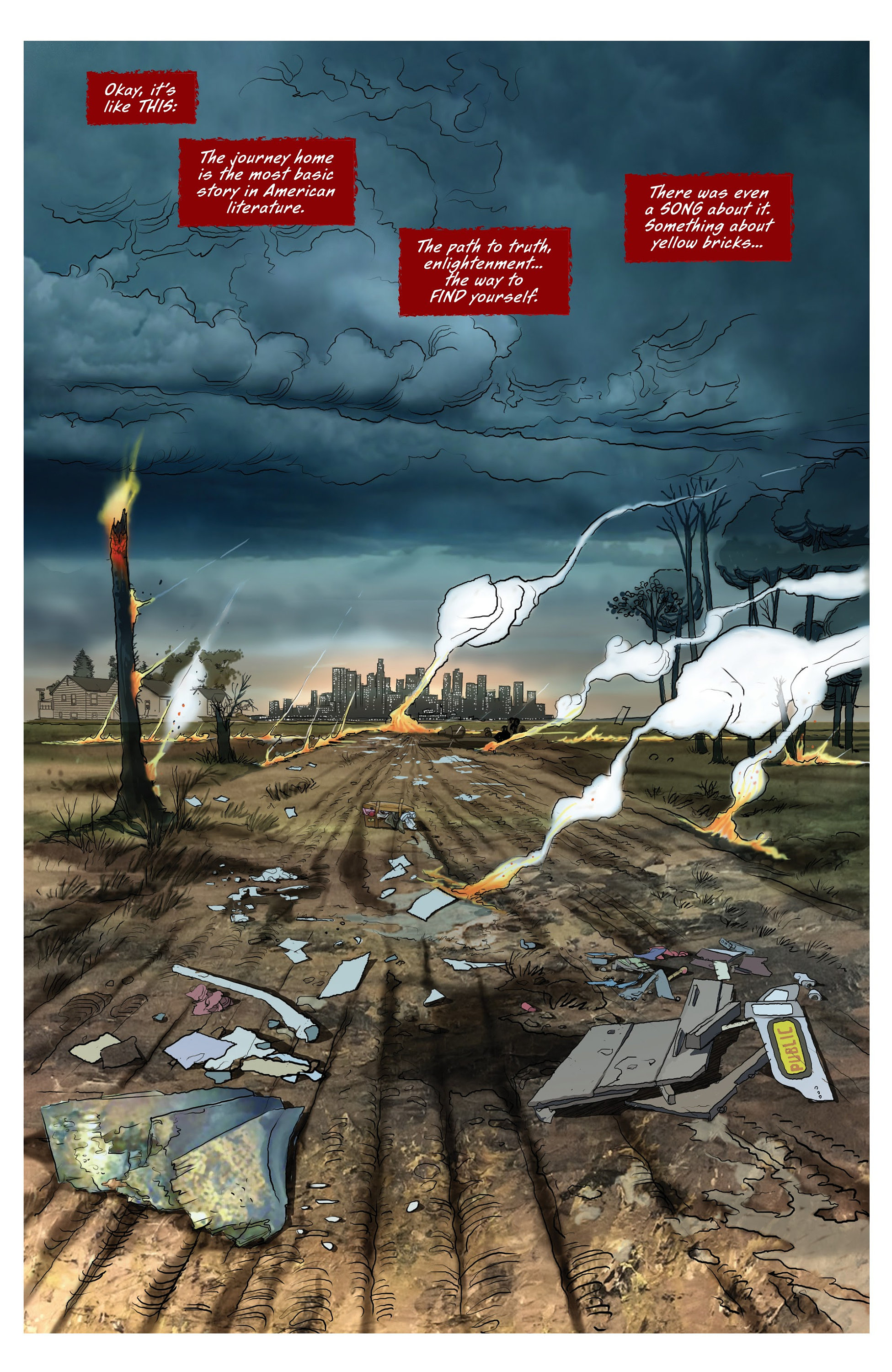 1st printing.
This comic book is in used condition. Comic is complete with cover and all pages attached. This comic has few flaws that warrant a NM grade.
Comic Book will be shipped bagged and boarded.

Vampirella is back in all her glory! Dynamite announced the heroine's triumphant return to an ongoing series to debut on her 50th Gold Anniversary in July 2019 - with a preview #0 issue for Free Comic Book Day! Written by the one and only Christopher Priest, with art by Ergün Gündüz and a legion of jaw dropping covers by Frank Cho, Alex Ross, Guillem March, Joe Jusko, Adam Hughes and more! Fans are clearly excited because initial numbers are indicating the debut will be an extraordinary success for Dynamite!

Current orders project a print run in excess of 60,000 right out the gate! Making it not only the most successful Vampirella comic of the modern era, but also one of the top books for July, with the #1 issue in stores on July 17th - the 50th Anniversary of Vampirella herself! Dynamite sincerely thanks every fan and retailer for supporting this title to an unprecedented extent.

Dynamite can also confirm that writer Christopher Priest will be on the title for a full year and counting. Alongside the rest of his creative team, the Eisner-nominated auteur is brewing a legendary run in the making. Balancing his trademark serious take on superhero/genre concepts with a deep respect for the character and her history.

Nick Barrucci, Dynamite CEO & Publisher, adds, "July is a huge month for us this year and lays the foundation for a strong rest of the year and going into 2020. For the anniversary, we went all out with Vampirella offerings to spoil fans of the character both new and old. To have Christopher Priest helming the new ongoing series as the centerpiece is a dream come true. He's more than welcome to stay on the title as long as he'd like."

"As cliched as it sounds, I really am thrilled and excited to be reunited with my old Ka-Zar editor, Matt Idelson, otherwise known as the Father of Everett K. Ross (Black Panther)," said writer Christopher Priest. "Matt’s keen and often twisted sense of humor reassures me that he’ll understand mine as we take a respectful yet progressively unorthodox swing at a beloved and time-honored character. I’m hoping to bring the same sense of newness within the framework of legacy I brought to Panther, along with a similar introspection into modern culture and a dash of humor as Vampi takes a bite out of crime. Shake briskly and serve chilled."

Vampirella's success will continue through 2019, especially once everyone gets the chance to bite into the full first issue. Sensational cover artist Stanley "Artgerm" Lau contributes the primary cover to the second issue, followed by the iconic J. Scott Campbell on #3, and continued cosplay covers from top models and influencers. Even more stunning and surprising covers await fans and collectors, including the final professional work of a legend, to be announced... While the fall will bring additional comics and merchandise that will appeal to longtime diehards and the wave of new Vampi fans.