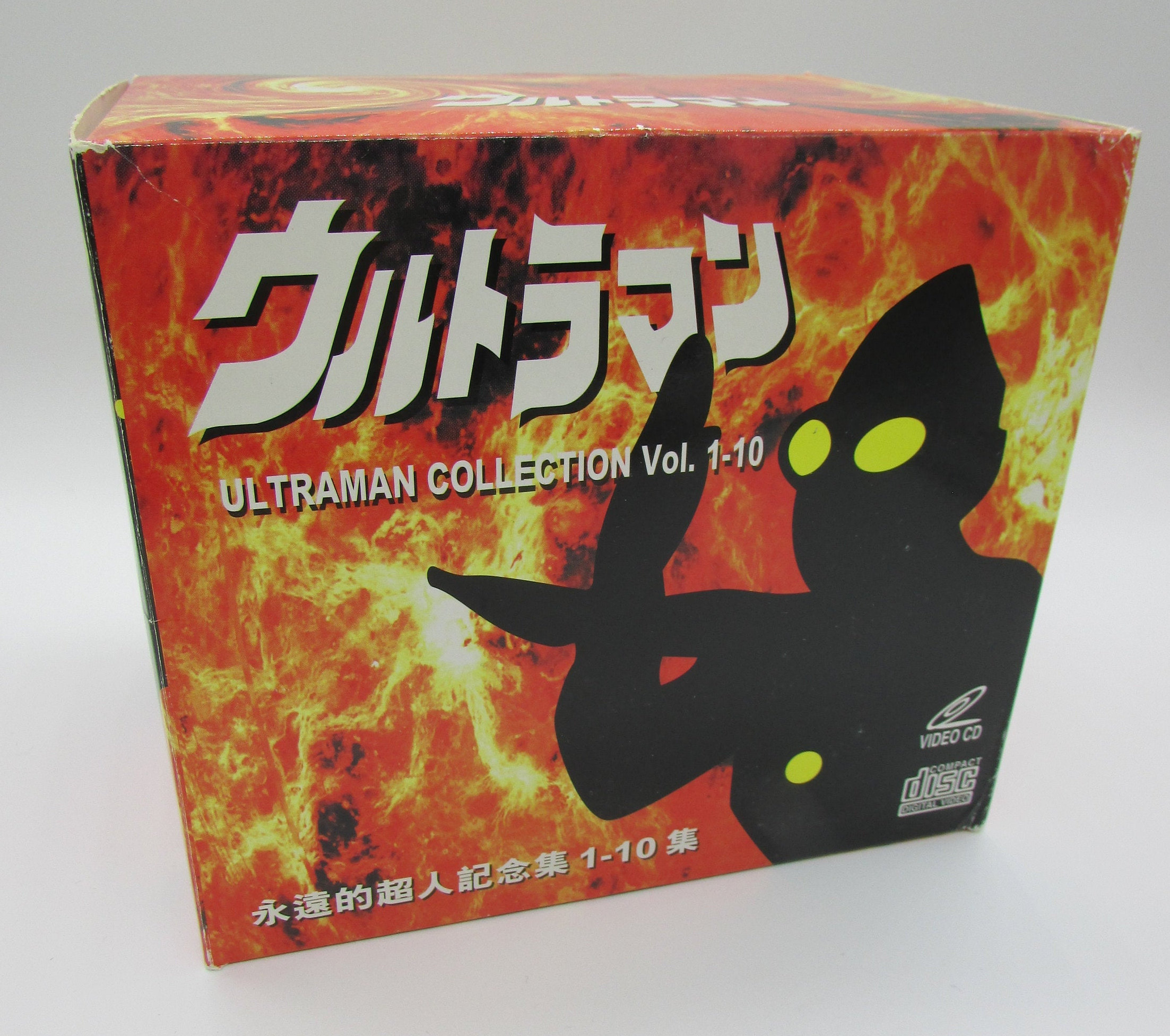 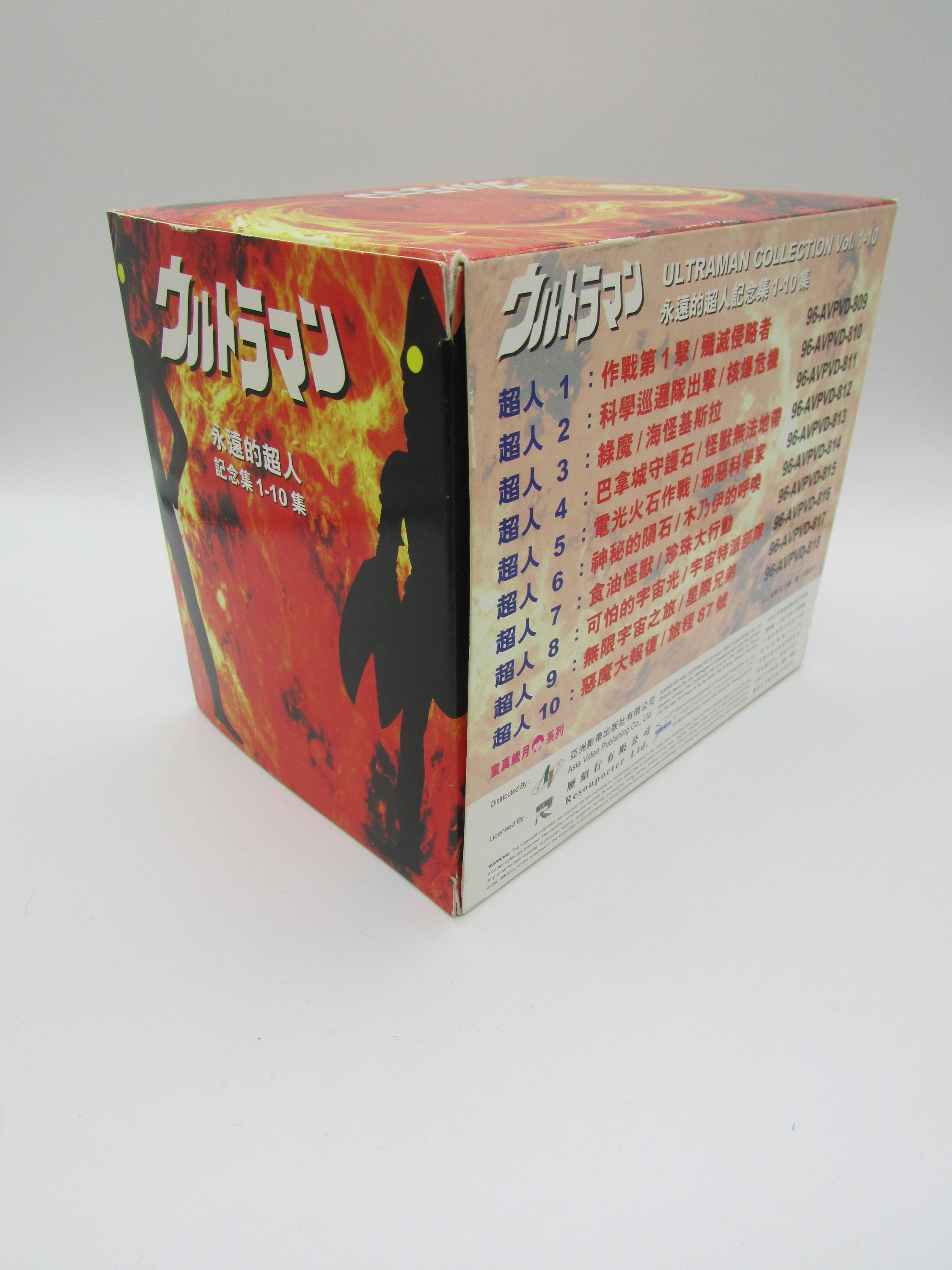 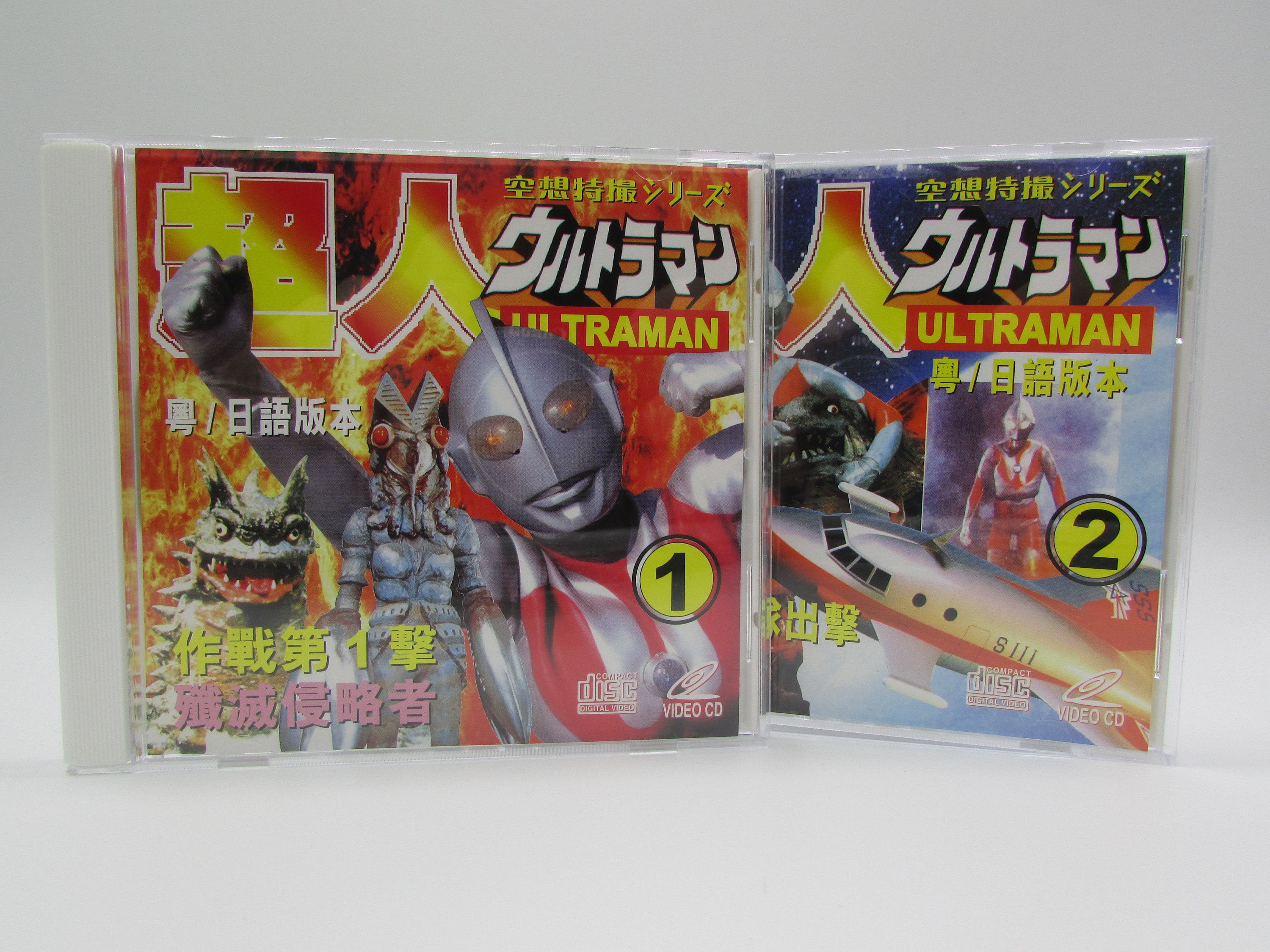 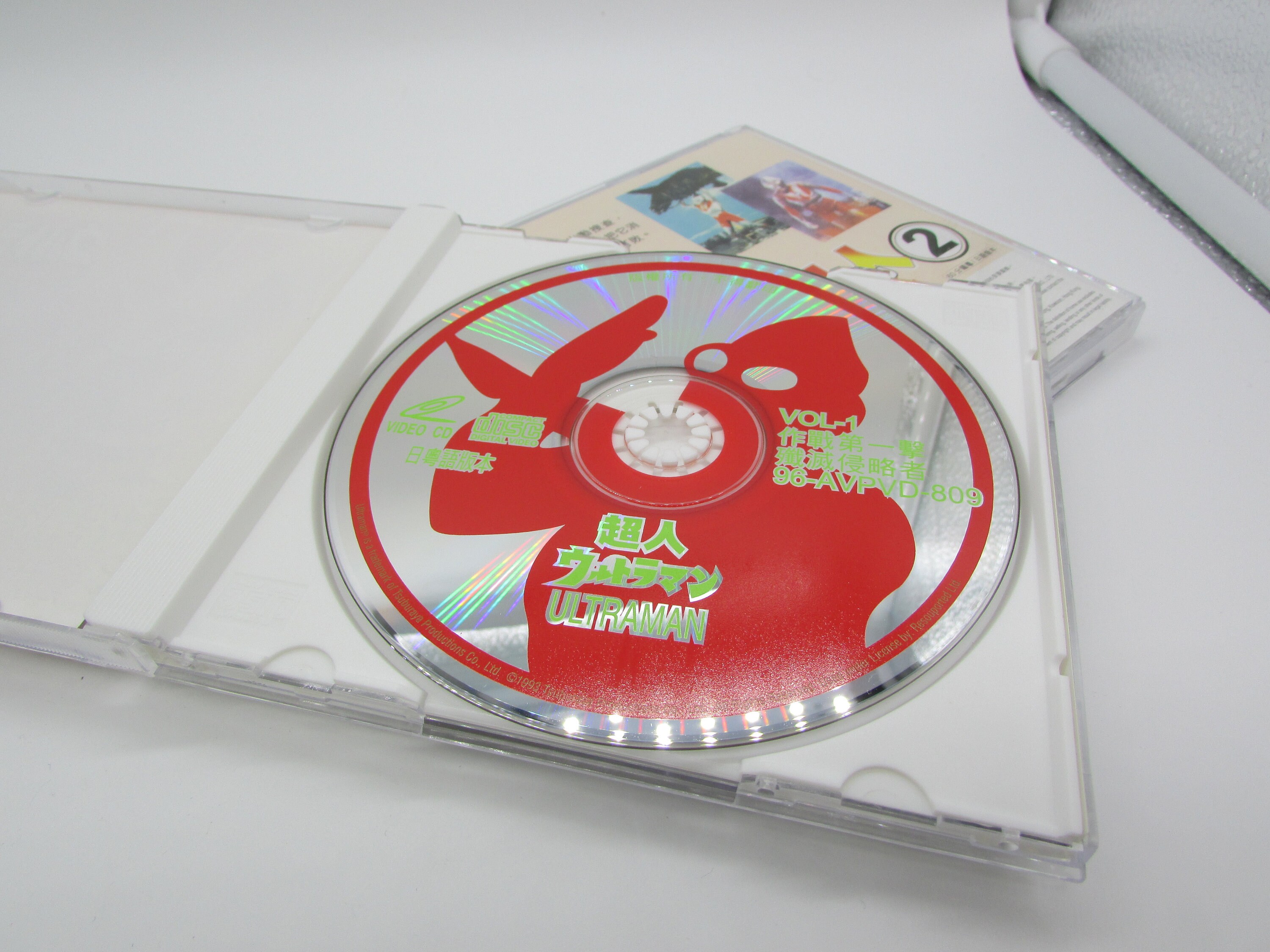 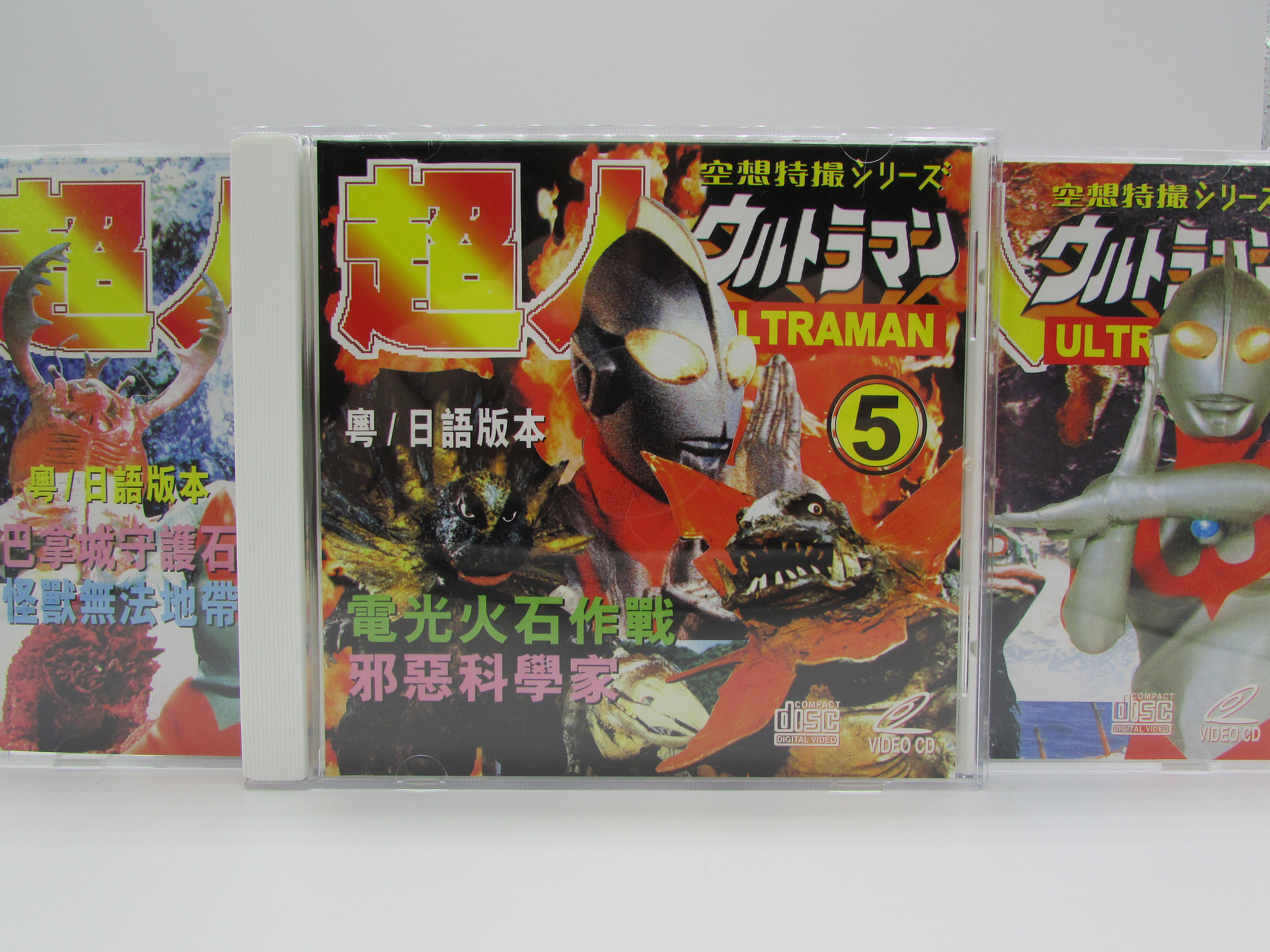 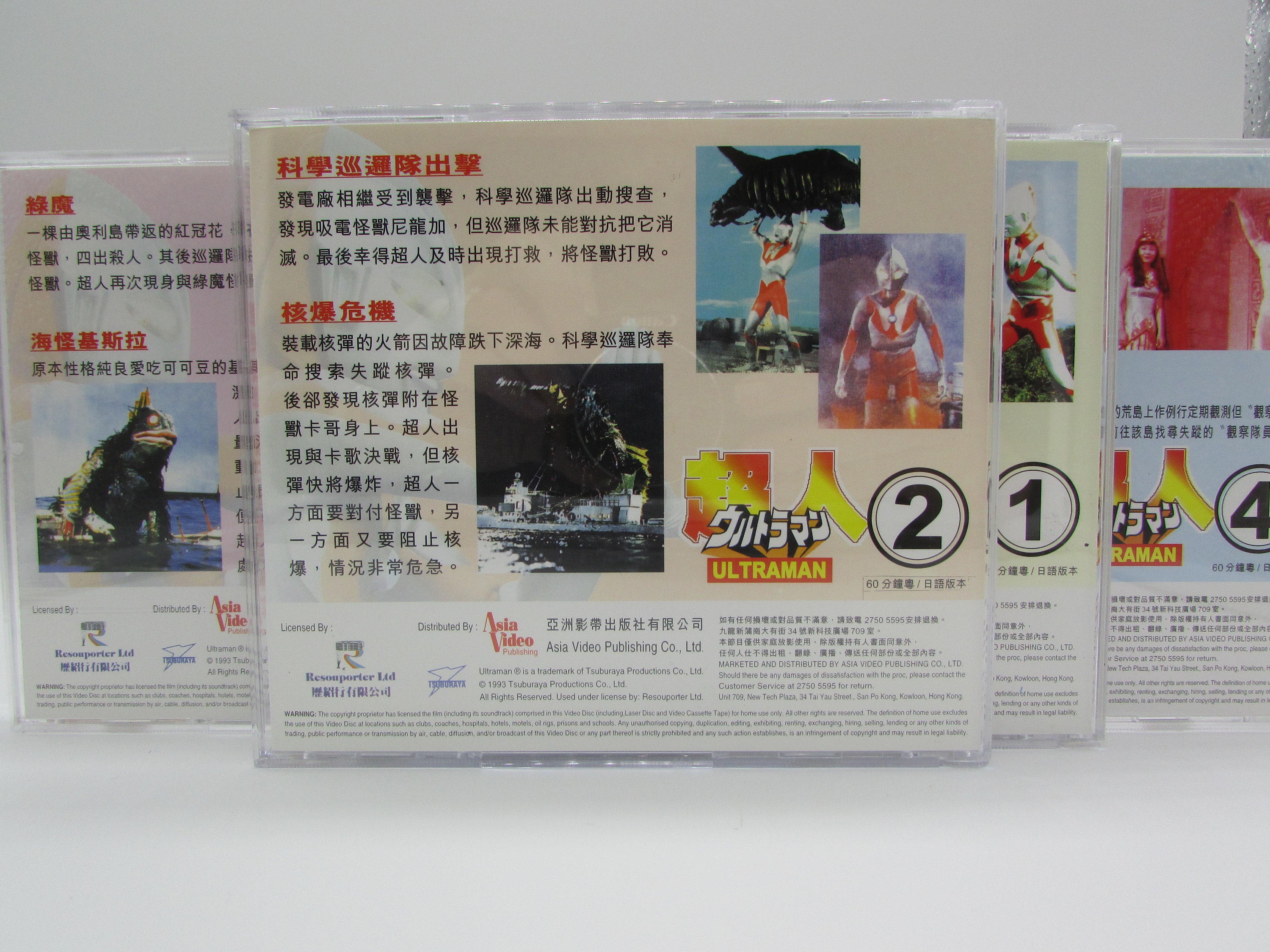 This is a rare box set for first season of Ultraman (episodes 1-20). This release from China comes in a box with beautiful graphics.

A must for collectors of Japanese monsters and sci-fi!

Video CD (abbreviated as VCD, and also known as Compact Disc Digital Video) is a home video format and the first format for distributing films on standard 120 mm (4.7 in) optical discs. The format was widely adopted in Southeast Asia and the Middle East, superseding the VHS and Betamax systems in the regions until DVD-Video finally became affordable in the late 2000s.

The format is a standard digital format for storing video on a compact disc. VCDs are playable in dedicated VCD players and widely playable in most DVD players, personal computers and some video game consoles. However, they are less widely playable in some Blu-ray Disc players, in-car infotainment with DVD/Blu-ray support and video game consoles such as the Sony PlayStation and Xbox due to lack of support for backward compatibility of the older MPEG-1 format.

Please consult your DVD/Player manual before purchasing if you wish to play these discs!