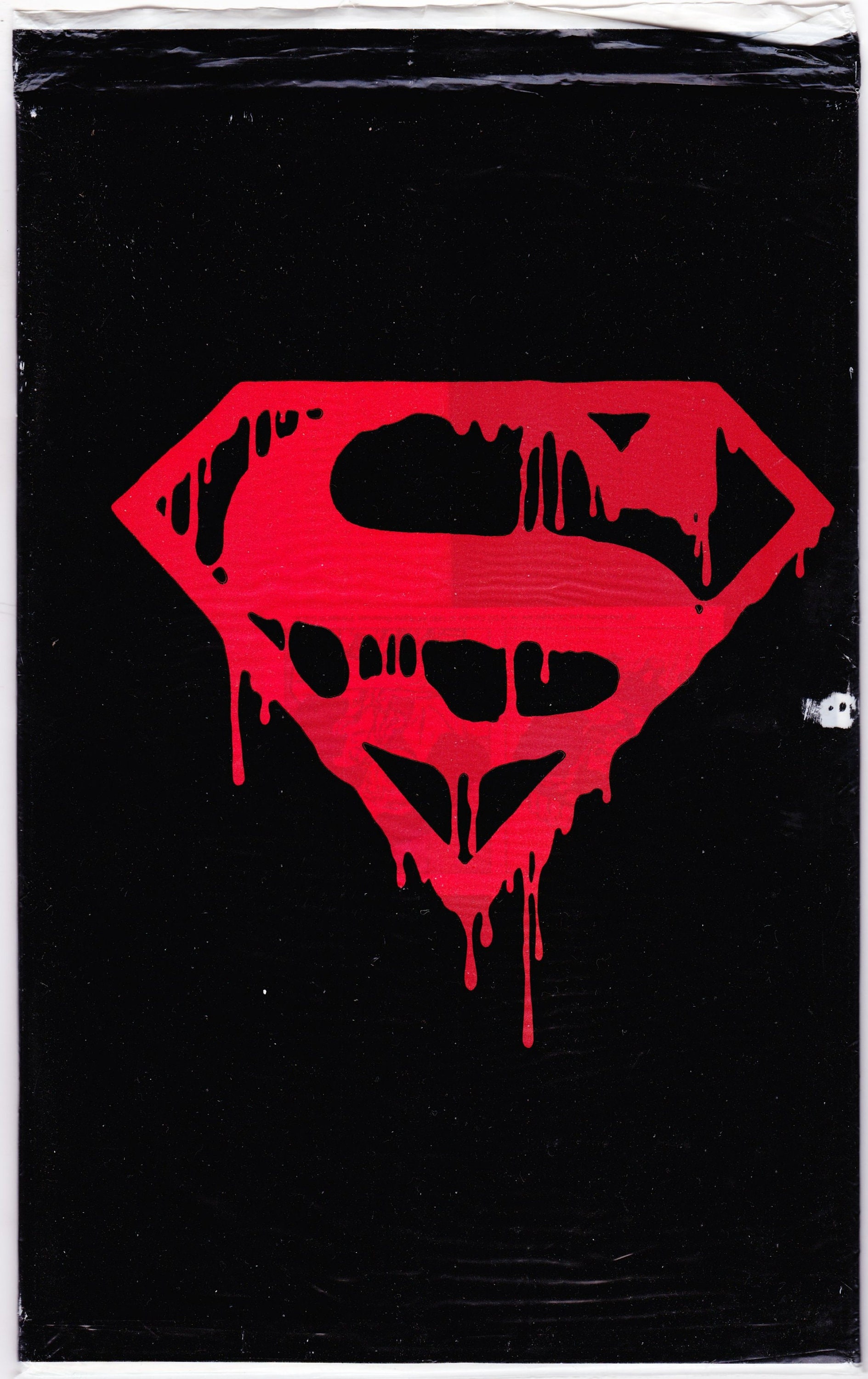 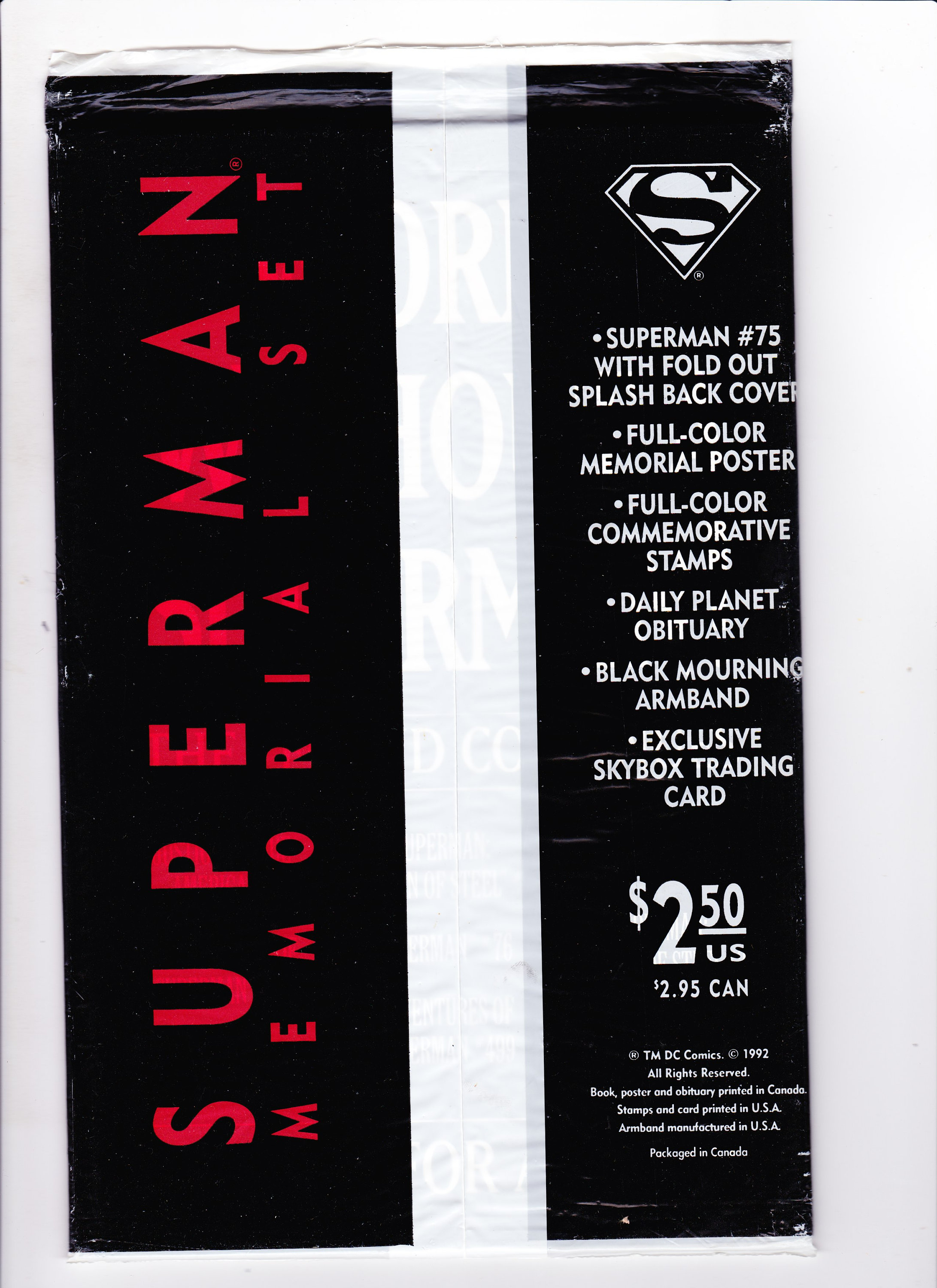 This is the Direct Market Memorial Collector's Edition which comes with a black polybag with card, poster, stamps, Daily Planet Obituary & black armband included inside. Bag is OPENED with all insert items.
NOTE: Comic is cover-priced $1.25, but price on black poly bag is $2.50.
"Doomsday!"Part 7 of 7:
Here it is, the issue that rocked the DC Universe. An unstoppable force named Doomsday crash landed on Earth and has cut a swath of death and destruction across the country, all the way to Metropolis. Even the Justice League, the world's premiere super-team, was powerless before this creature's might. Now one man stands defiantly in Doomsday's way and vows that the creature's insanity stops here. Superman fights his strongest opponent to the death in the streets of Metropolis.

1st Printing.
This comic book is in used condition with all pages and cover attached it has flaws that warrant a grade of VF/NM.
Comic will come bagged and boarded.