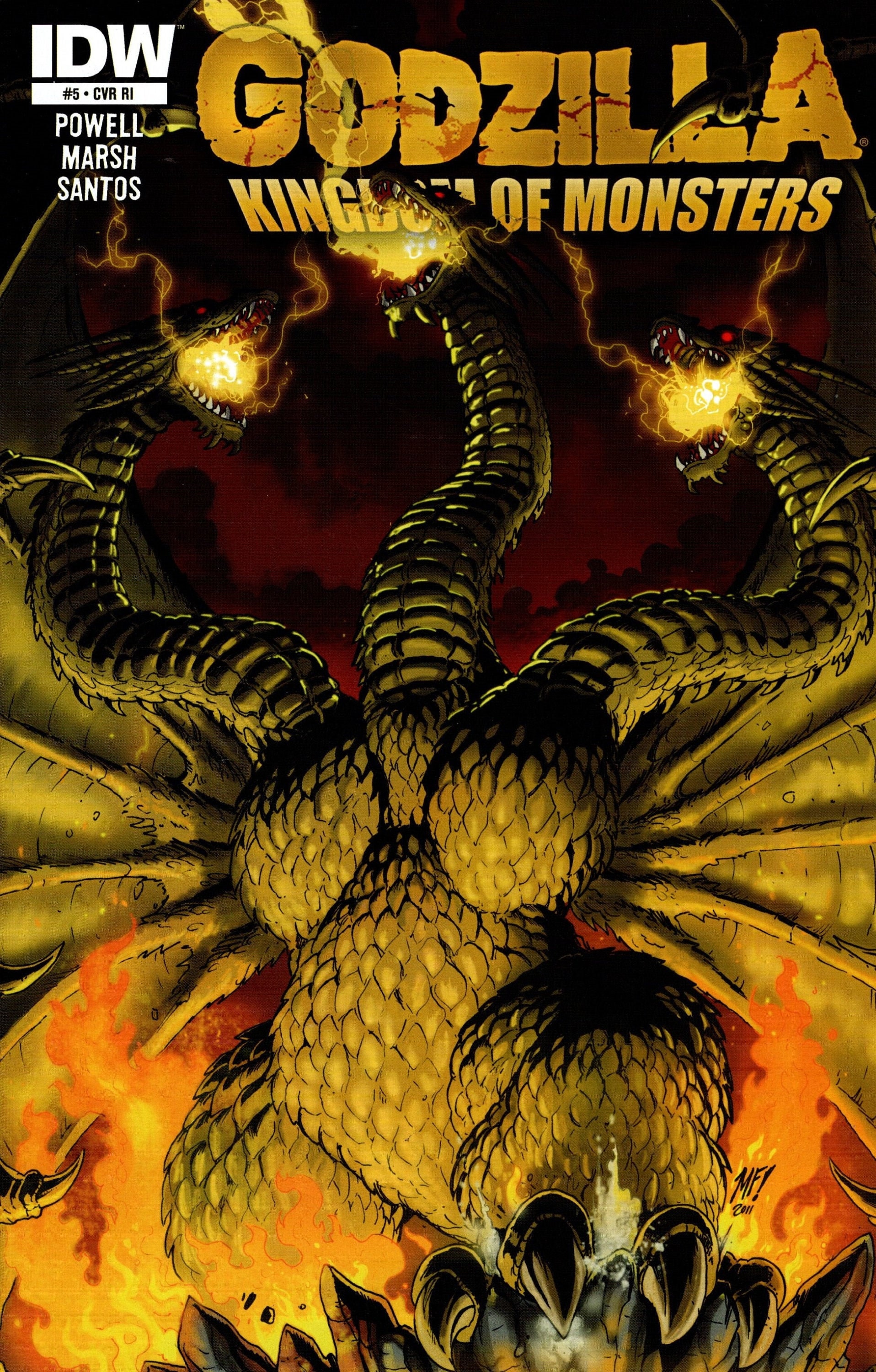 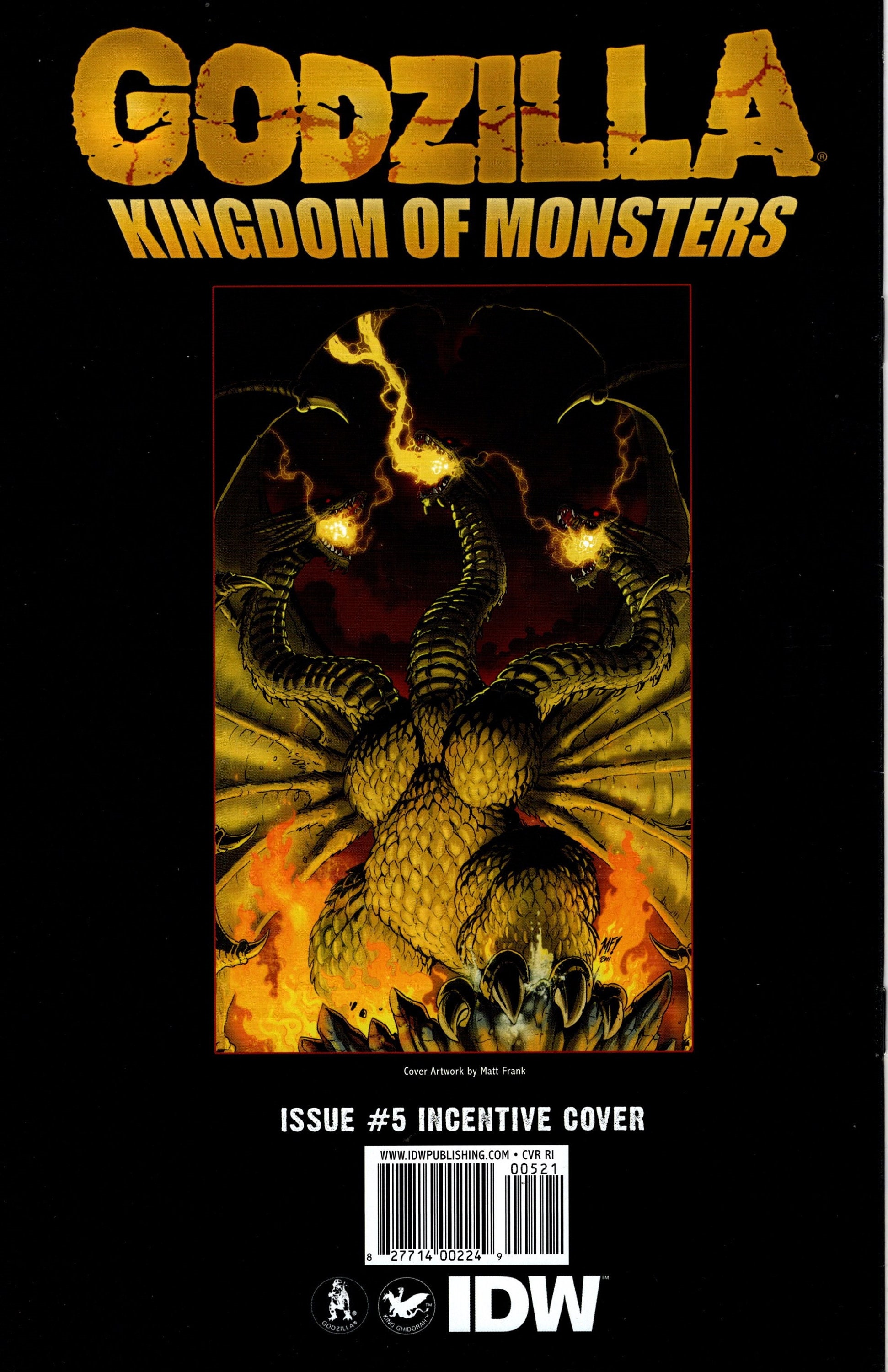 After last issue's momentous tussle of giants, it's now painfully clear that Armageddon has descended on the human race. The government's bungled attempts the thwart the giant monsters have left an infrastructure in ruin and a nomad society desperately struggling to survive. And also... GIANT MONSTER FIGHTS! Destruction abounds in this issue of Godzilla: Kingdom of Monsters, featuring new artist Victor Dos Santos!