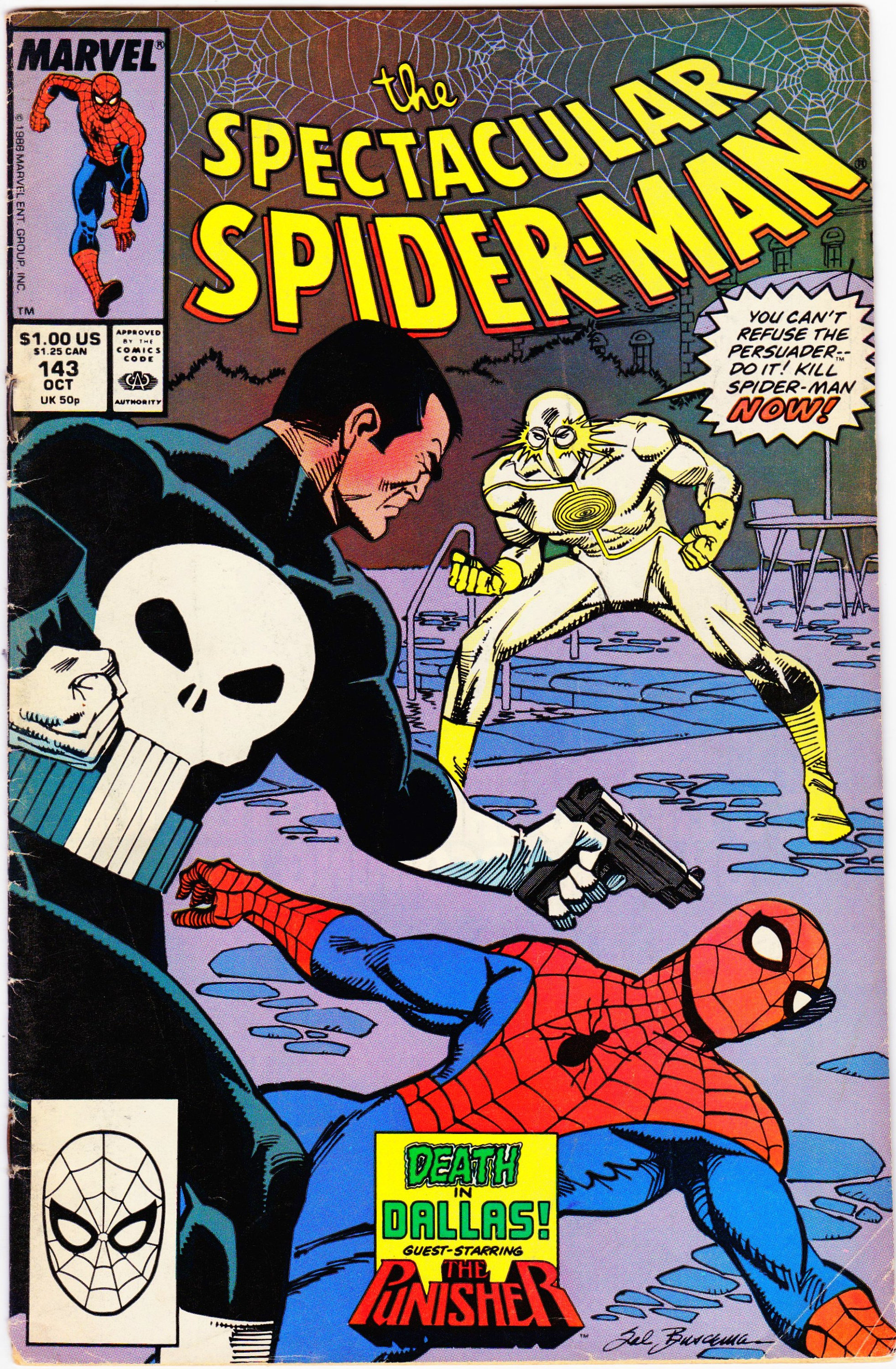 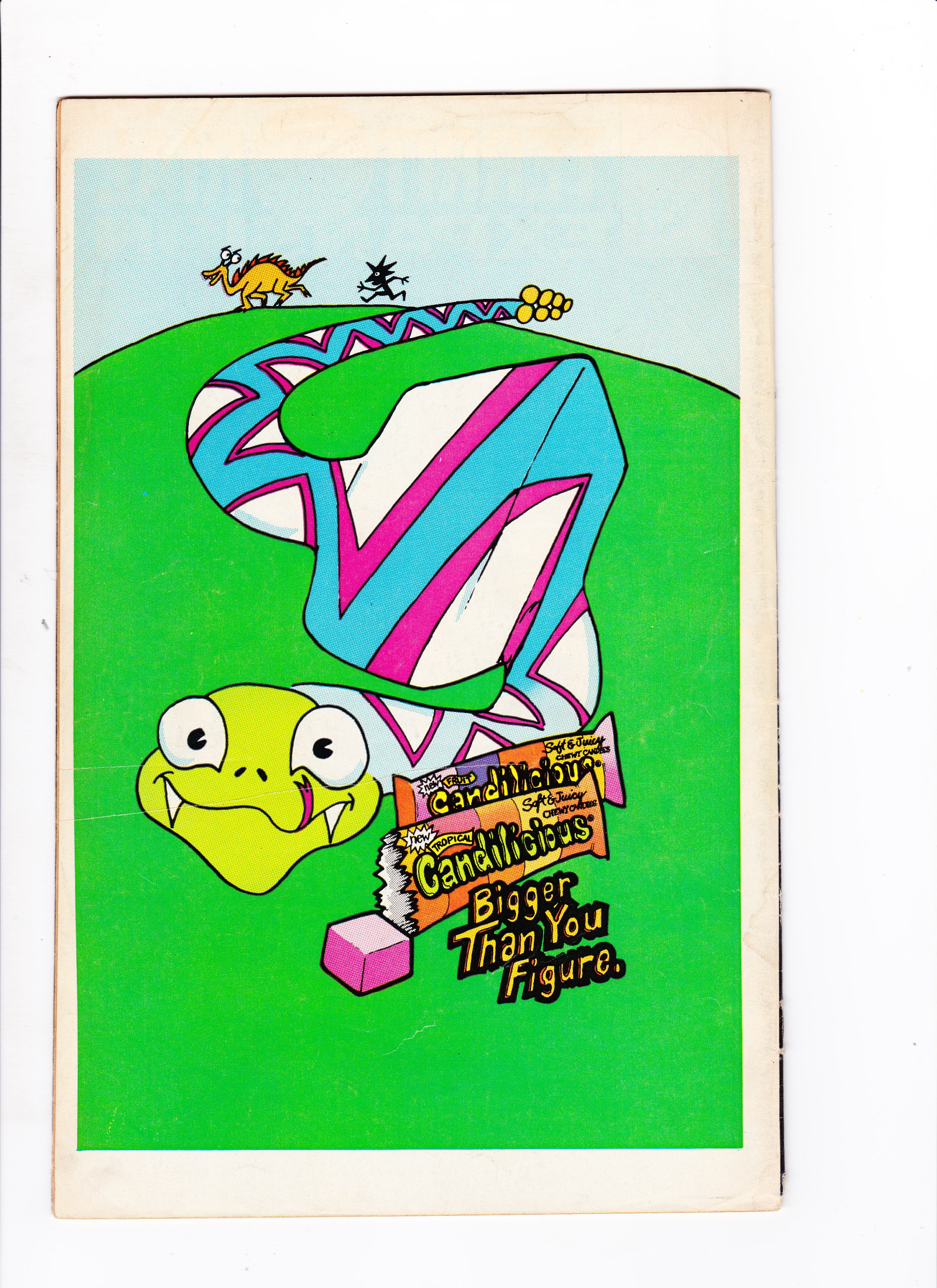 "Deadline in Dallas":
While still under the influence of the Persuader's brainwashing, the Punisher arrives in Big D on a mission to kill the Lobo Brothers! Upon learning of his arrival in the Metroplex, Peter Parker quickly schedules a "Webs" book signing at a local Dallas bookstore. Later that evening, the web-slinger pays a visit to the Lobo Brothers mansion in Grapevine, and shortly thereafter the battle erupts! Who is going to win the fight and who is going to pay the ultimate price? First appearance of Carlos Lobo and Eduardo Lobo. Cameo appearances by the Arranger, the Kingpin, and the clone of Gwen Stacy.
Note: The saga of Gwen Stacy's clone continues in Spectacular Spider-Man Annual 8.

1st printing.
This comic book is in new condition. Comic is complete with cover and all pages attached. This comic has flaws that warrant a VG grade.
Comic Book will be shipped bagged and boarded!