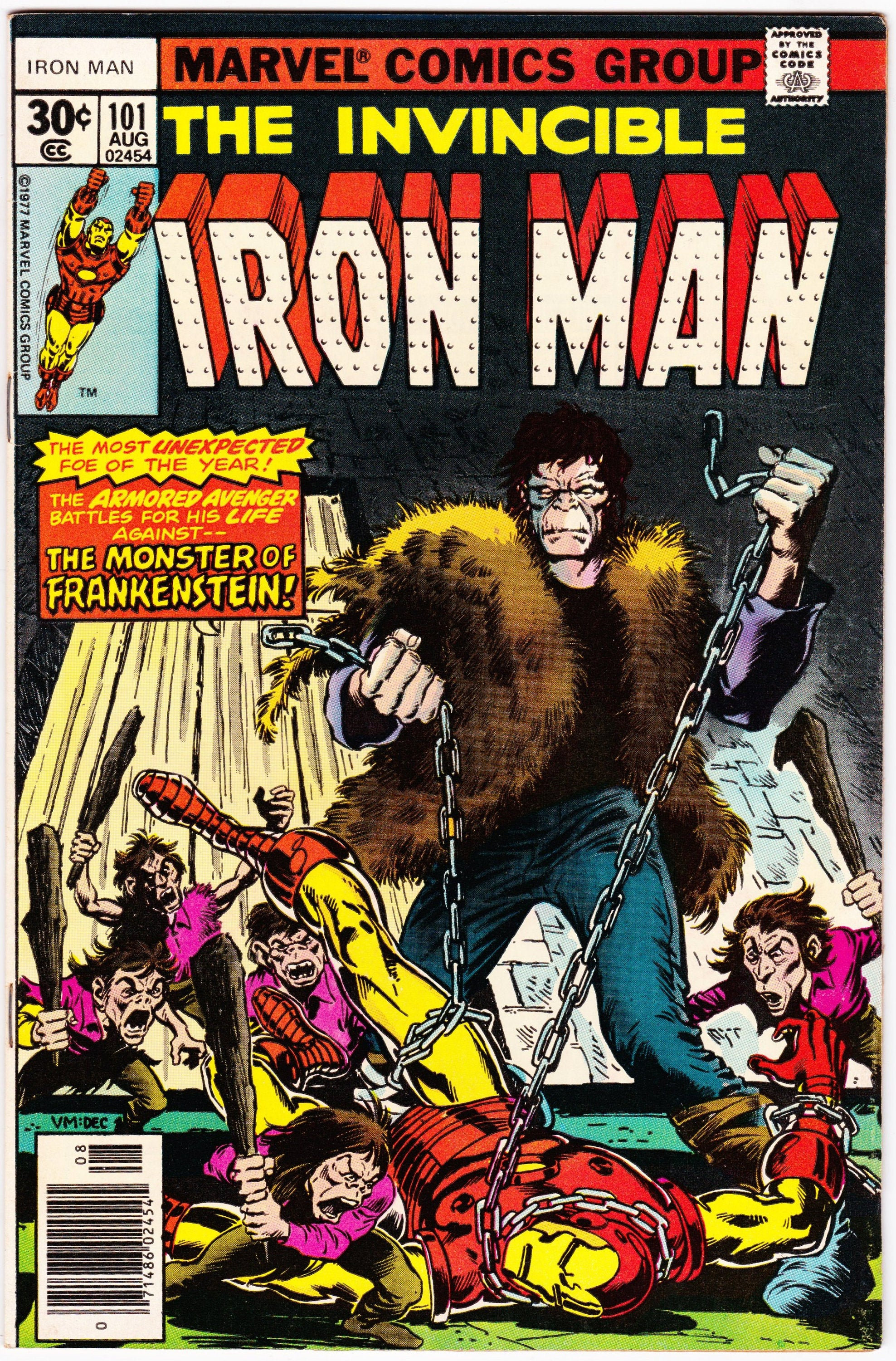 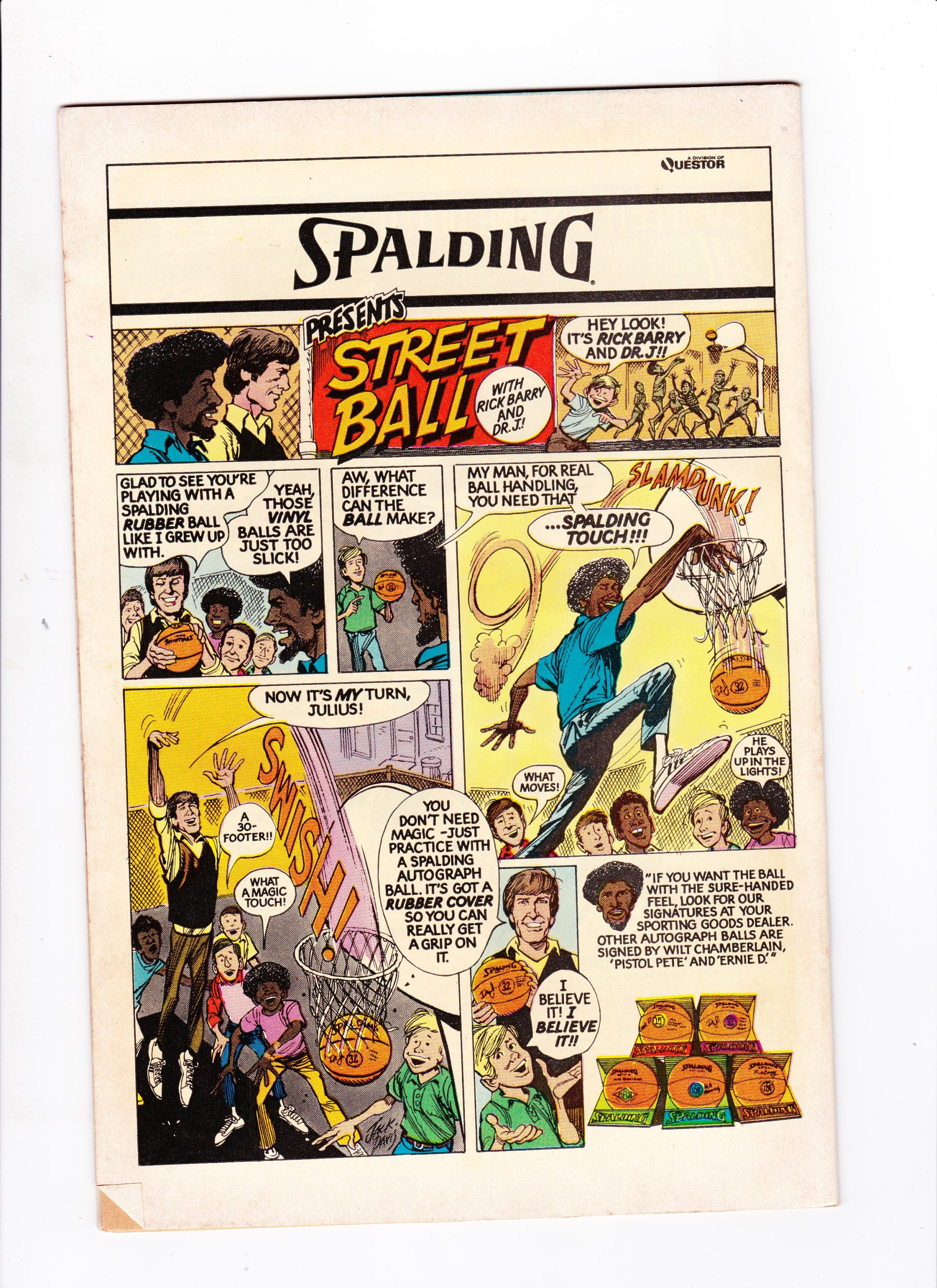 "Then Came the Monster!" Part 1 of 2:
After his exhausting battle vs. the Mandarin, the golden avenger commandeers a Chinese fighter jet and begins flying back home! But Shell-Head's jet is mistakenly shot down over the Balkans by NATO forces! By the time Iron Man wakes up after hitting the ground, he's surrounded by a pack of gnomes and the monster of Frankenstein! Oh my, has Tony Stark landed in the middle of Mary Shelley's classic novel? Sometimes truth is stranger than fiction! First appearance of Dreadknight. Cameo appearances by Jasper Sitwell and Madame Masque (as Krissy Longfellow).
Notes: Frankenstein's Monster previously appeared in Marvel Team-Up 36 & 37. A limited distribution 35-cent cover price variant exists for this issue.