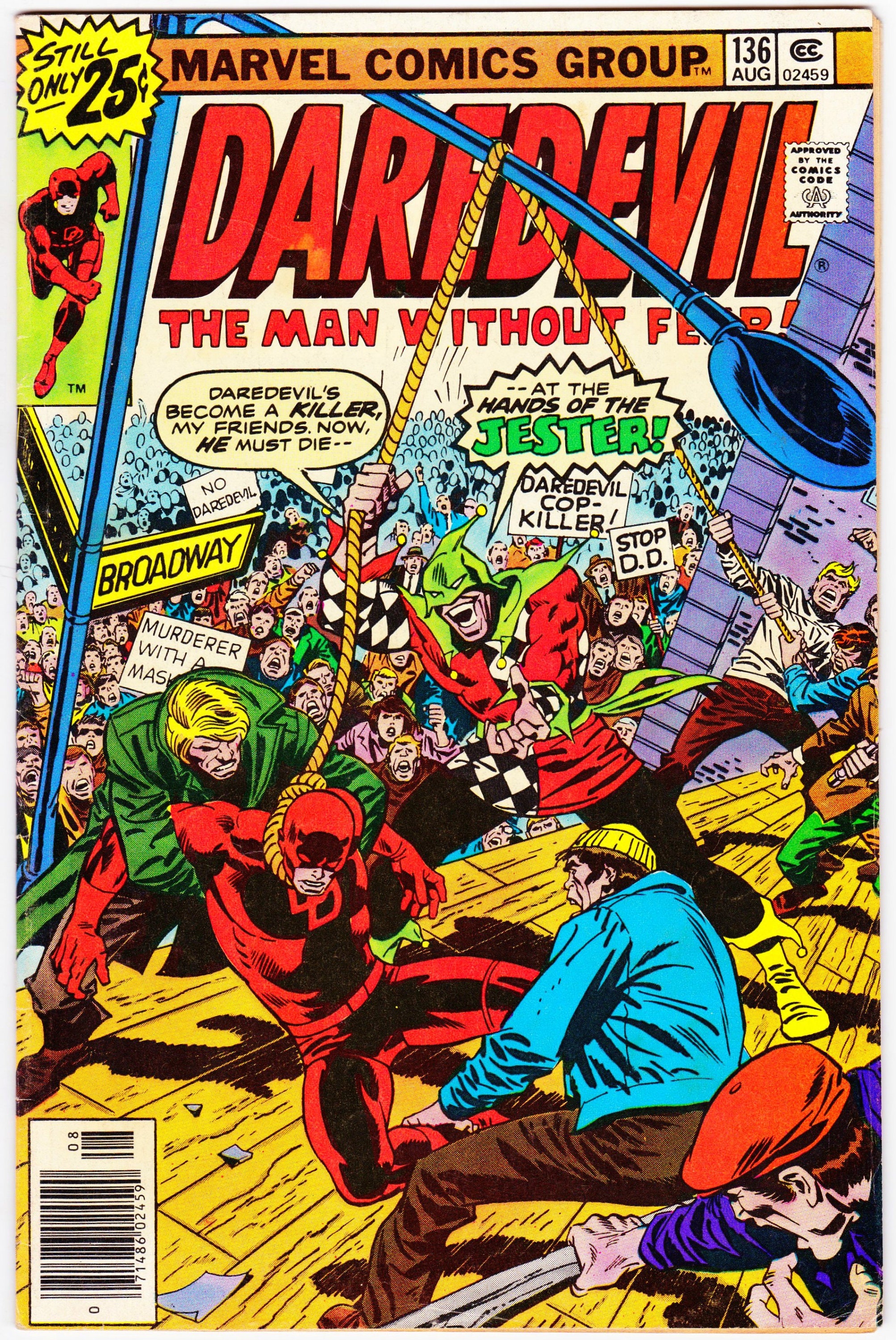 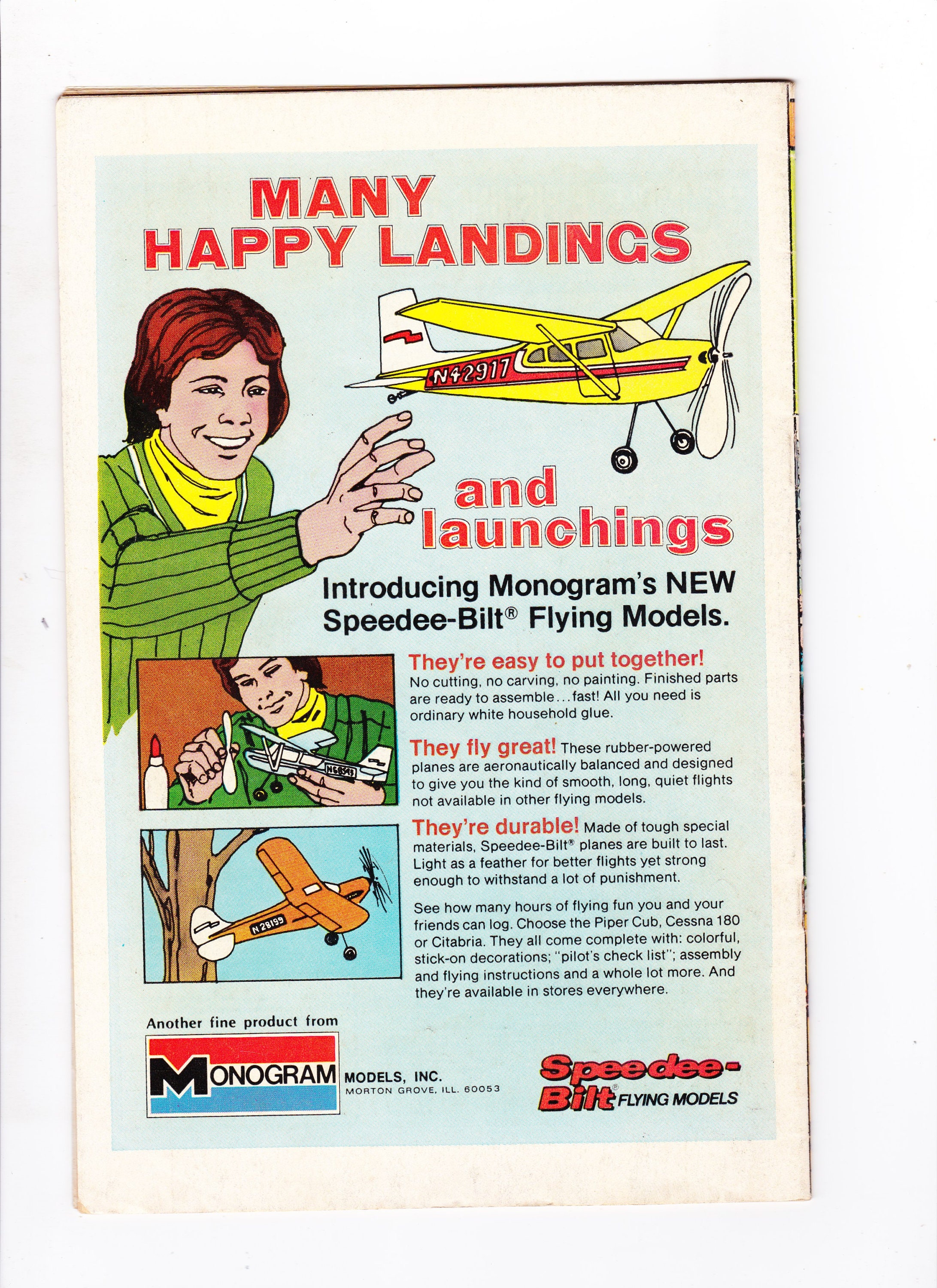 "A Hanging for a Hero!":
Jester continues to manipulate the media by faking a newscast by the president where he tells the public to kill all super heroes. Jester captures DD and holds a mock trial. Cameos by John F. Kennedy, Robert F. Kennedy, and Gerald Ford.
Notes: The letters page contains Marvel Value Stamp series B #5 (Stan Lee). Last 25-cent cover price.

1st printing.
This comic book is in used condition. Comic is complete with cover and all pages attached. This comic has some flaws that warrant a F/VF grade.
Comic Book will be shipped bagged and boarded!