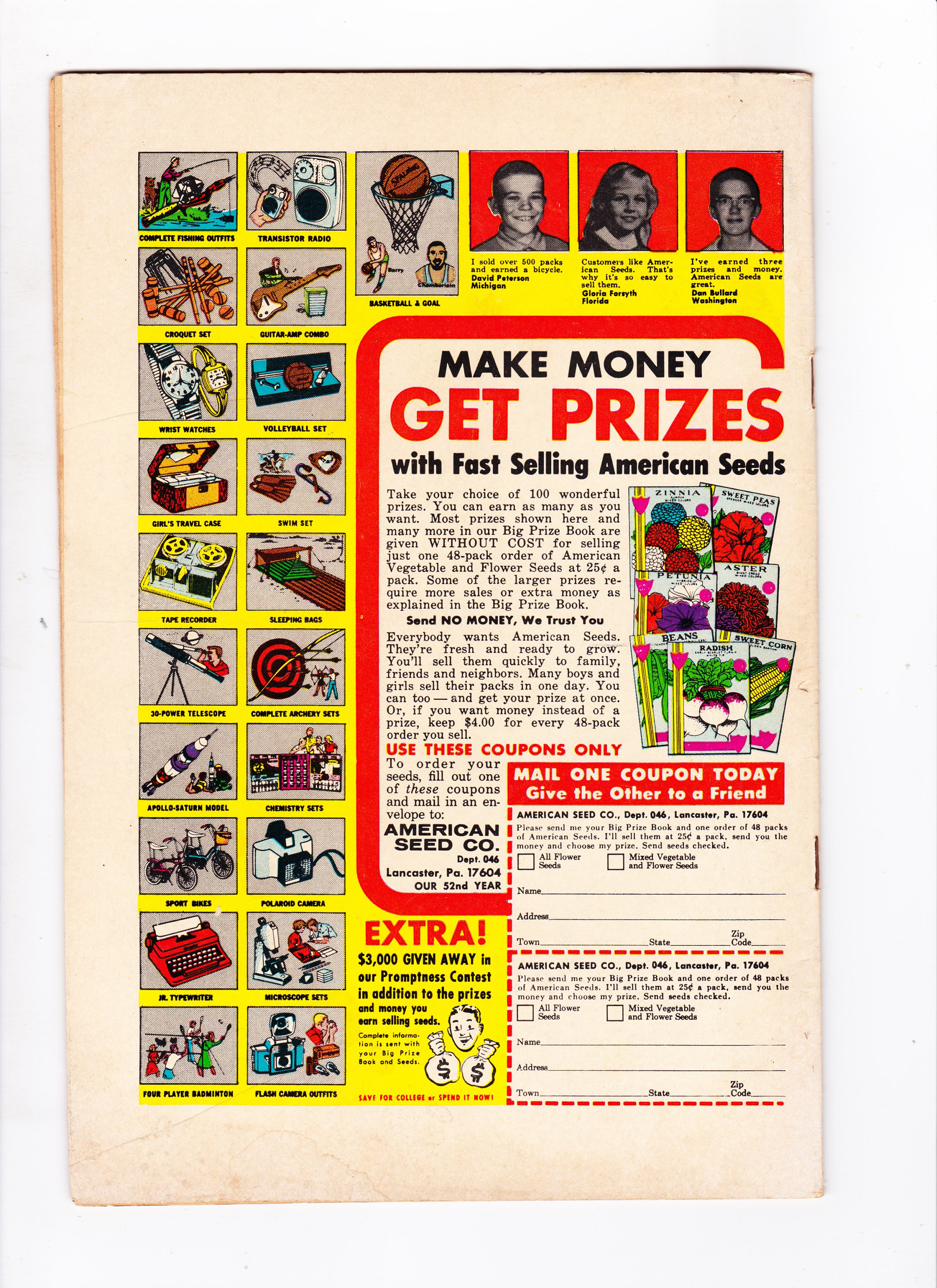 "Mogol!":
Wandering New York City following his encounter with Dr. Strange, Bruce Banner is lost in thought when he is clipped by a speeding truck. The blow causes him to transform into the Hulk who then goes on a rampage. However, the Hulk becomes confused and stops his temper tantrum when the people around him, including the police officers, trying to stop him suddenly vanish. The perplexed beast is totally unaware that his old foe Tyrannus has been trying to teleport the jade giant to his underground kingdom with a new experimental teleportation ray and has yet to be successful.

1st printing.
This comic book is in used condition and is complete with cover and all pages attached it has flaws that warrant a F+ grade.
Comic will come bagged and boarded.