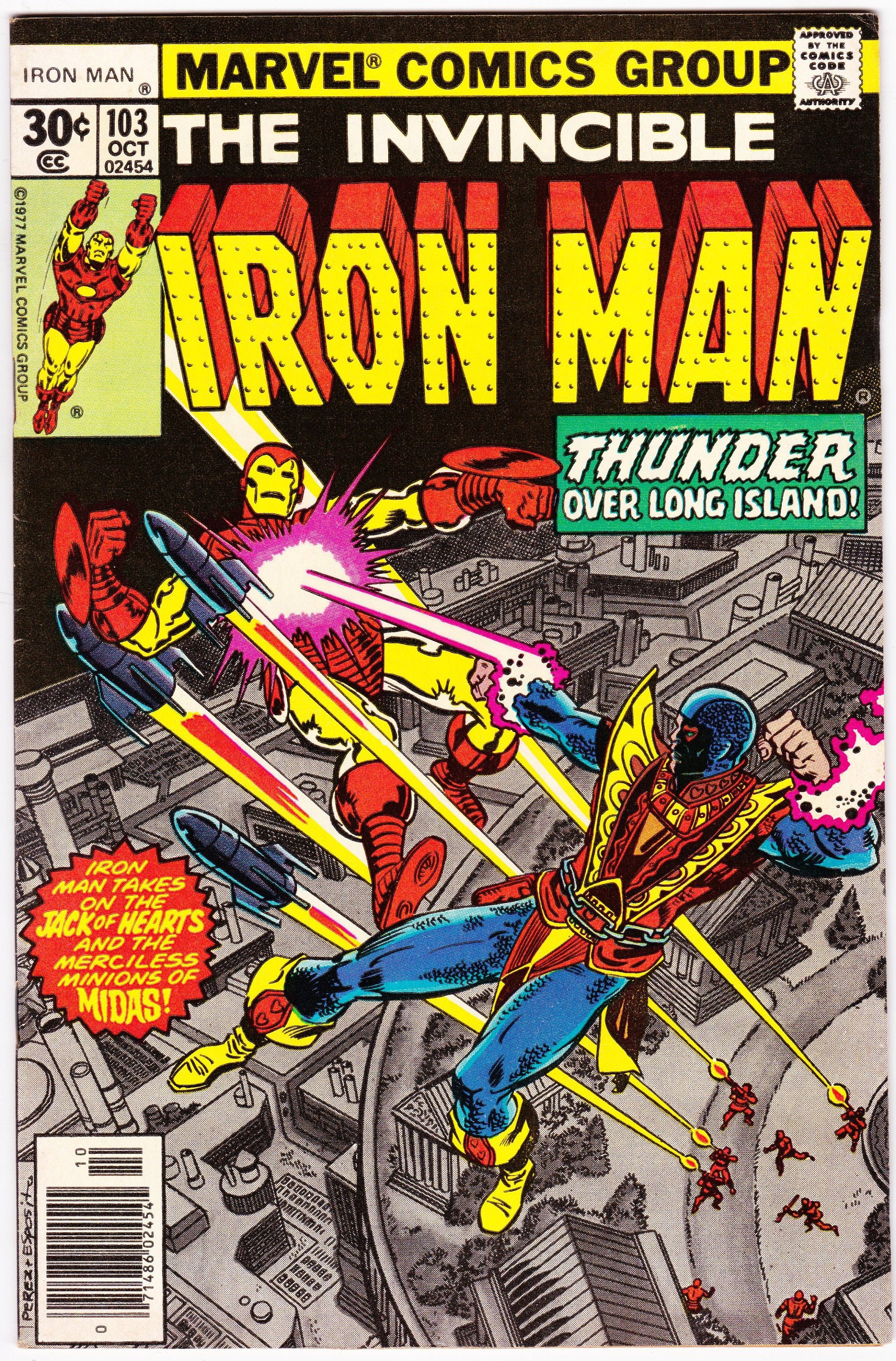 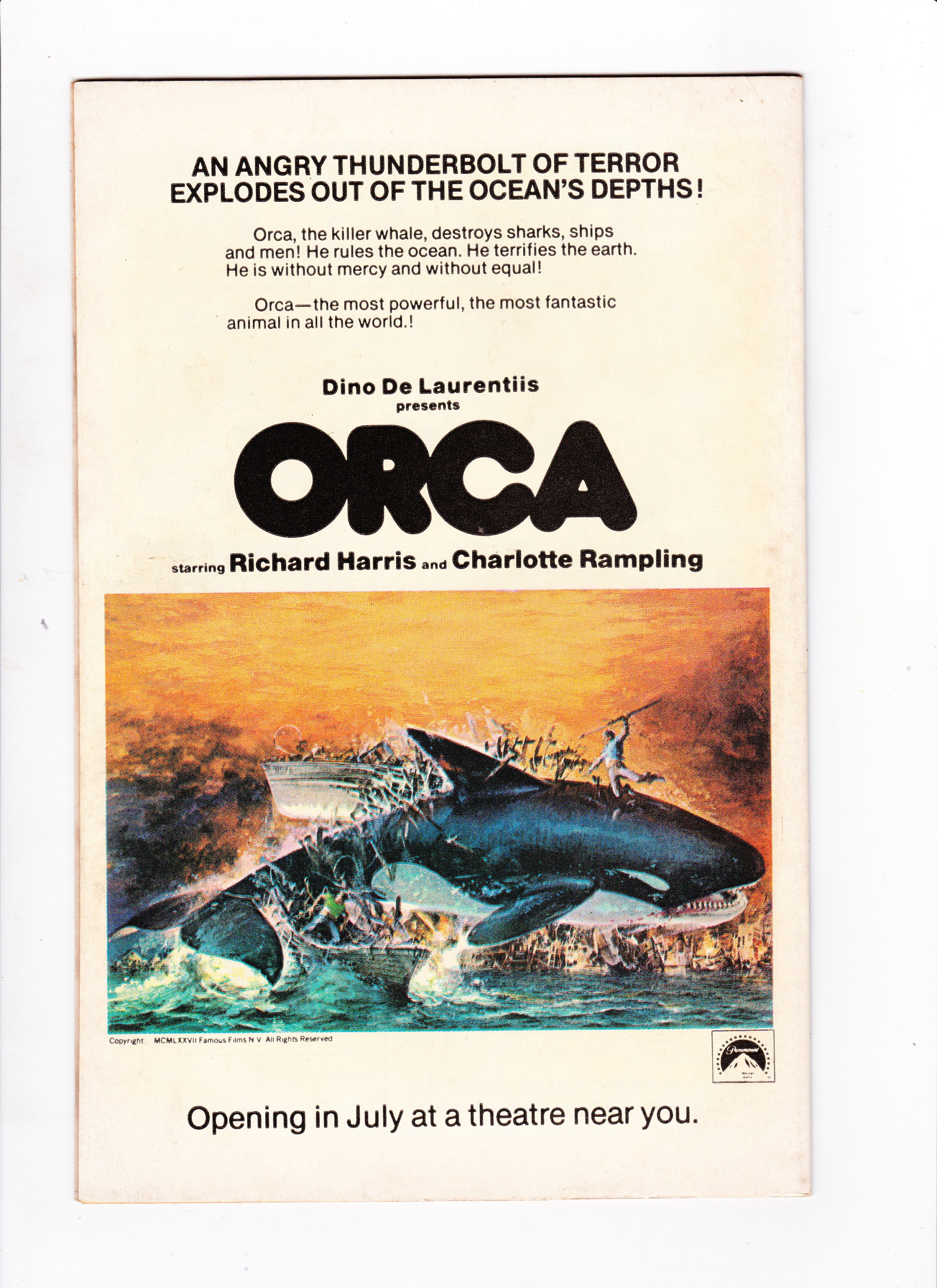 "Run for the Money!" Part 1 of 5:
Guest-starring Jack of Hearts
At long last the golden avenger returns home to Stark International! But to Shell-Head's utter surprise his office, his factories, and his company have been seized by Midas! How did that happen? Apparently by a legal stock takeover! Thank goodness Tony has friends like Jasper Sitwell and Madame Masque at his side! And Iron Man might add another if he can contain the explosive power of Jack of Hearts! Cameo appearance by Marianne Rodgers. Last 30¢ issue.
Notes: Midas previously appeared in Iron Man 19. Jack of Hearts' prior appearance was in Incredible Hulk 214. The letters page includes an essay from Bill Mantlo about the background of Jack of Hearts.

1st printing.
This comic book is in used condition and is complete with all pages and cover attached it has flaws that warrant a grade of F/VF.
Comic Book will be shipped bagged and boarded!