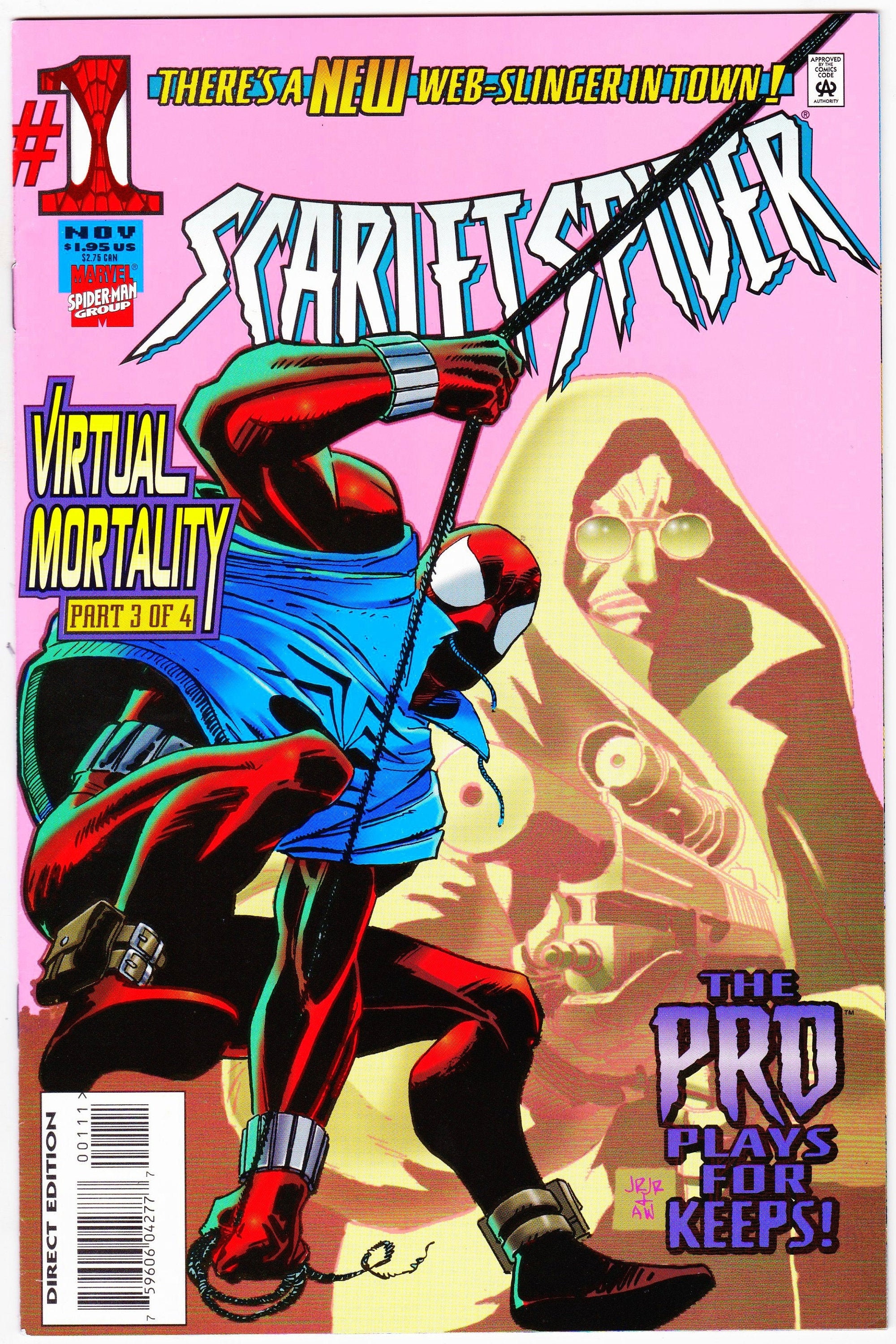 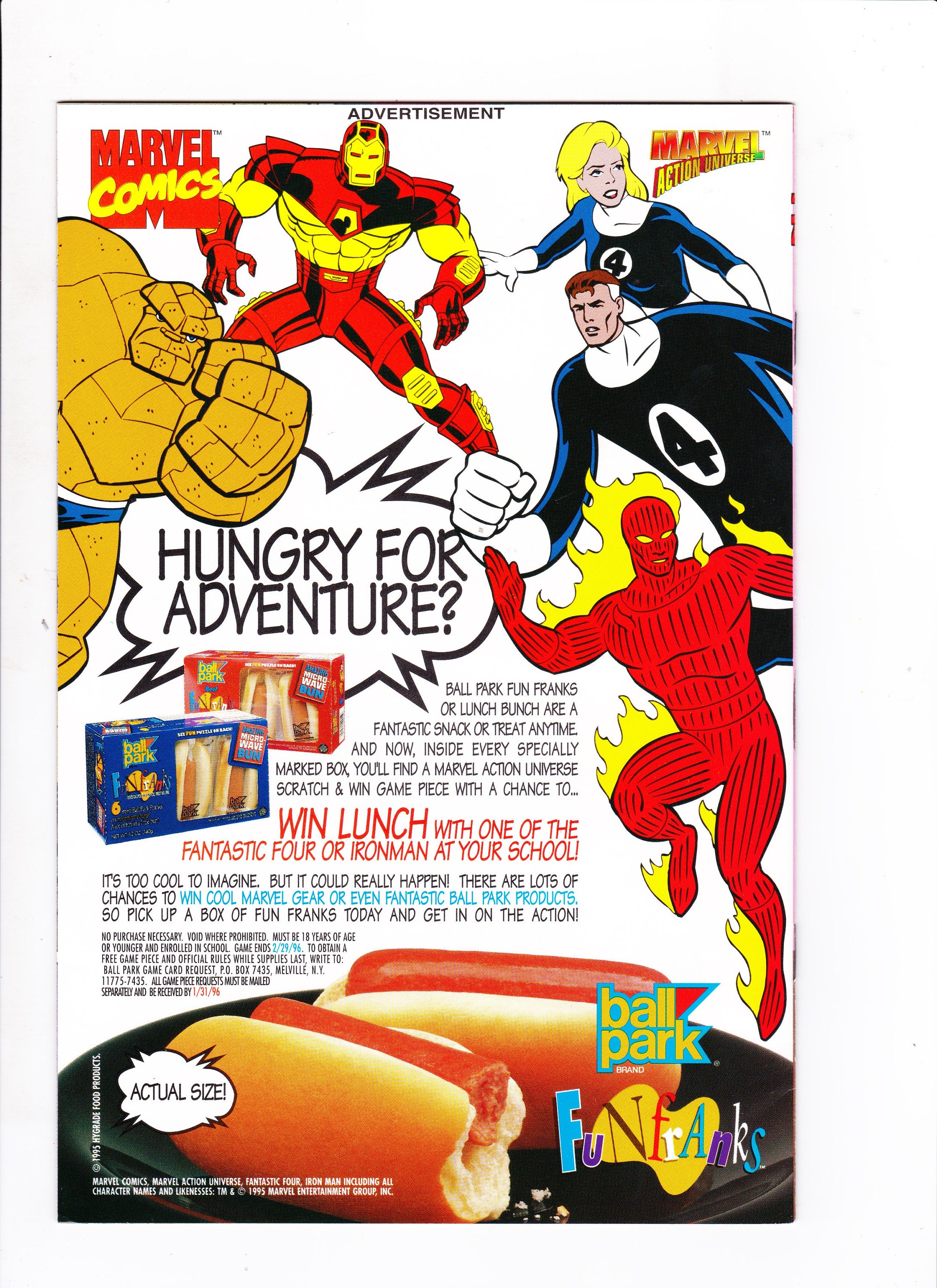 "To Thing Own Self..." Virtual Mortality Part 3 of 4:
Story continues from Amazing Scarlet Spider (1995) #1. The Scarlet Spider takes over the Spider-titles! The lady octopus (aka Carolyn Trainer) and Jason Tso, the owner of Club Noir, continue their battle for key cybernetic components! Even though no one knows exactly what they're going to be used for! Dr. Octopus sends an assassin known as "The Pro" to the club to eliminate her rival! However Ben Reilly is working his shift when the Pro arrives! Can the Scarlet Spider make the Pro look like a rank amateur inside Club Noir? Story concludes in the first issue of Spectacular Scarlet Spider (1995). Cameo appearances by Alistair Smythe, Master Programmer, Ken Ellis, J. Jonah Jameson, and Seward Trainer.
Note: The Scarlet Spider title briefly replaced the Spider-Man (1990) series.

1st Printing.
Comic book is in used condition and is complete with all pages and cover attached it has flaws that warrant a grade of NM.
Comic will come bagged and boarded.