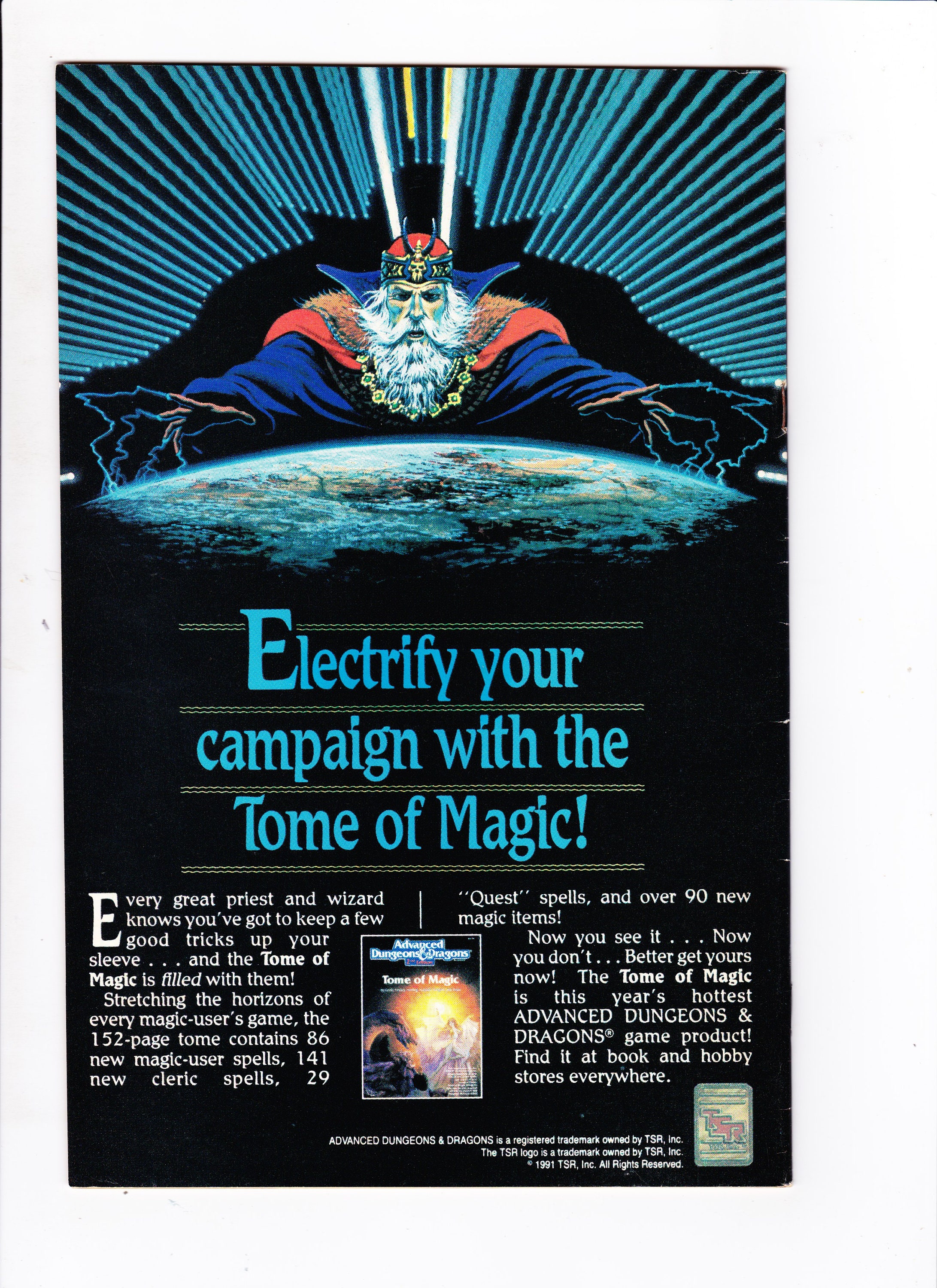 "Triad":
Darkhawk invades Phillipe Bazin's home but cannot bring himself to kill Bazin after he sees his family; The U-FOES attack just as Captain America arrives at the hospital to provide Avengers Clearance for Portal to be taken to the Vault and Daredevil, who was walking by the hospital joins the battle; When Vapor tries to suffocate him, Darkhawk realizes he does not need to breathe; The heroes win but Portal goes to another dimension; Later, Chris Powell gets another note saying, Beware the Curse of the Darkhawk.

1st Printing.
This comic book is in used condition and is complete with all pages and cover attached it has flaws that warrant a grade of NM.
Comic will come bagged and boarded.